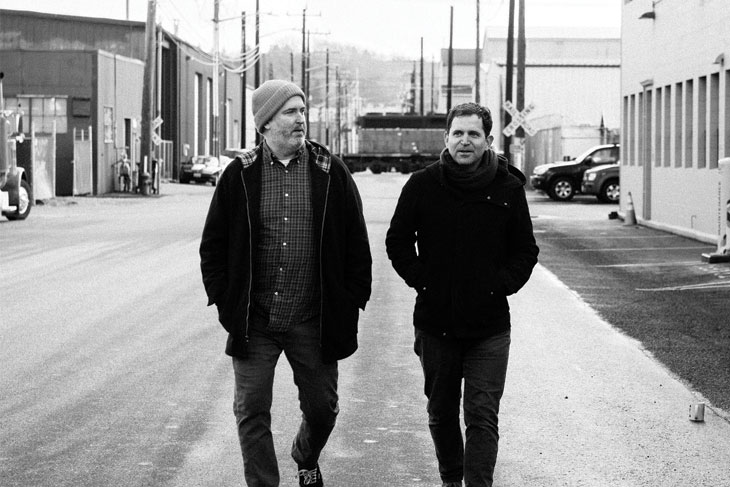 Nostalgia is a disorienting sensation, an emotional fog that arrives suddenly and settles in, connecting past and present via a kind of psychic wormhole. In sentimental moments we might dwell in the overlap, indulging that happy sense of sadness, that temporary grasp of something already lost. As powerful and pervasive as it is, nostalgia mostly gets dismissed as misdirected resistance to the way things really are, or an unhealthy attachment to things that never really were. But properly attuned it can be instructive.

Sun Breaks’ debut album All On Camera treats nostalgia as a curio, bats and boxes it like a cat with a rubber mouse, peering and pressing at it from every angle. Time-warped playfulness rings through the band’s loping, art-damaged electro-pop. It comes from big-beat drums and crashing cymbals, warbly guitars and buzzing synths, vocals altered and inverted into indiscernibility. The whole package is tightly compressed and meticulously composed, peels of overdubs lending an almost geological structure to the music. Sun Breaks singer-guitarist-keyboardist John Atkins and drummer-synth player-producer James van Leuven act as much as technicians as musicians.

Chronologic mischief arises in All On Camera’s construction as well: These 10 songs create a sonic palindrome, reviving and reconsidering sounds and structures from the album’s first half in the second. Track 3, a languid, dub-inflected interlude called “Extra Heart,” is fully expressed in track 8, “Heart,” Atkins’ vocal elevated and clarified in the mix. Catchy album opener “All On Camera” resurfaces in the penultimate song, “A Wall,” this time embellished by the unmistakable, mellifluous flow of Seattle MC DoNormaal. The song chews up genre and blows it into a bubble; it stands as one of the most inspired, elevated moments of Seattle music this year. Also in the running is the Beck-ish “Waiting for the World to End,” the closest Sun Breaks gets to a conventional pop composition, which still isn’t very close. 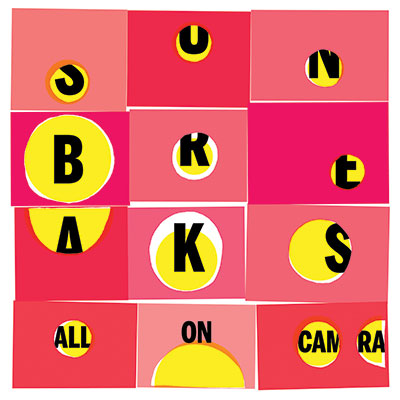 Atkins and van Leuven operate their own recording studio in Georgetown, which explains at least some of the lab-grown weirdness of the music. They’re also Seattle music lifers. Van Leuven played in a bunch of bands and beat-centric solo projects throughout the mid ’90s and early ’00s; Atkins’ cult-fave indie-rock band of the same era, 746-HERO, was signed to the same label as Built to Spill and Modest Mouse. Those milestones expand the band’s purview within time and place: Sun Breaks is of the moment but also of a halcyon heyday. As humans, as artists, Atkins and van Leuven can’t avoid the past. But they can reframe it through the lens of their present work, an engaging transformation they accomplish as Sun Breaks. Between the two of them is 40-some years of ongoing creative enterprise, and they somehow squeeze that entire span into the 25 minutes of All On Camera.