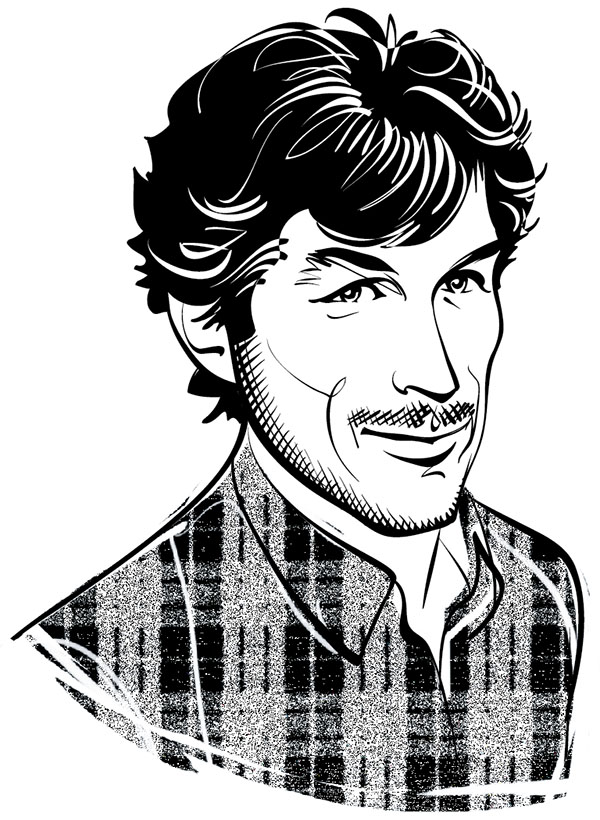 Intiman’s Andrew Russell is handing over the reins.

In 2009, Andrew Russell arrived in Seattle, a 26-year-old Midwesterner by way of New York City, ready to start his job as associate artistic director of Intiman Theatre. Soon after a debt-ridden Intiman faced closure. One ballsy proposal to the Board later, Russell took over as artistic director and reopened Intiman in 2012 as a summer festival. This new Intiman now produces two mainstage plays a year and boasts an Emerging Artists training program for those historically underrepresented in theatre, a technical theatre training program at Franklin High School and a fundamentally different understanding of how to be a nimble, responsive company in a changing city.

In September, Russell directs Intiman’s final show of the season, Sara Porkalob’s Dragon Lady. Then he’s stepping down, heading back to New York to focus on his own projects, including several Seattle-grown musicals and a revamped version of Stu for Silverton, which Russell co-created and directed at Intiman in 2013. No word yet on his successor, but Russell happily talked about his—and the company’s—past, present and future.

Why is now the right time for you to leave?
With all organizations, each leader fills a particular role for that time for that company. My role at Intiman was really about rebuilding it, reopening it, creating a new mission and getting it financially stable—and then letting someone else say, what does a company like this do in a city like Seattle in 2017? I am so happy that I could use all my crazy energy to push us to this point, but I definitely think it’s time for other people, primarily women and people of color, to lead and carry this  mission forward.

How have you seen the arts community change?
There used to be much more alignment based on geographic location and professional values, and now it’s much more about mission and intention. Once upon a time it was like, of course we have a relationship with [insert whatever theatre] because we both make theatre, but now we’re more likely to have a relationship with places like the Office of Civil Rights. There were no diversity, equity or inclusion initiatives at any theatre, or if there were, people weren’t talking about them. People were talking about who’s hiring local actors and who’s hiring out-of-town actors, stuff like that. I just don’t think those conversations are happening in the same way anymore. It’s also still a really complicated, dangerous, racist city, and I think it’s important to say that, because there’s a danger of saying, OK, now it’s out there, so we fixed it.

How will this carry through into your own work?
It will be hard. The hardest thing will be not constantly having a role to play in a community, with people that I respect. I’m with people from sunup to sundown, and there’s a real role we play in this city, and I will miss that a ton.

What’s fun about getting older is looking back at your work and saying, Oh, that’s what I’ve been doing this whole time. I’ve always loved stories about outsiders, unlikely heroes—and maybe that’s because I grew up a fat gay kid in the Midwest or maybe it’s because it makes for very good theatre. All the shows I’m working on are about real people who decided to change the world in some way because of their own personal convictions, and in spite of being outsiders. That’s something I didn’t know I loved before moving to Seattle.

What did you want to have in place before your departure?
Very practically, we’re scheduled next year to be entirely debt free. We’re paying down almost $2 million dollars of debt that the theatre was carrying before we closed in 2011, which is very satisfying. I also needed new leadership that matched our mission, and [new executive director] Phillip Chavira fit that description perfectly. He knows all the things that I don’t know—I have a BFA in acting. I’m very persuasive. I can convince myself and others to do just about anything, which is cool, but not the best way to produce smart, administrative institutional practices.

The third thing is that there’s a mission that’s bigger than me. For a couple years, it wasn’t clear what we as Intiman believed in. Now when people reach out to us about something they’re working on, it usually fits our mission of wrestling with American inequities onstage through professional theatre, whereas four years ago it was like, here’s a two-hander with two white people in a kitchen.

I really want to focus on the stories I want to tell for a while. I want to make stories more than I want to think about how an institution runs. It takes so much of your human capital—emotional, physical, practical—to do that.