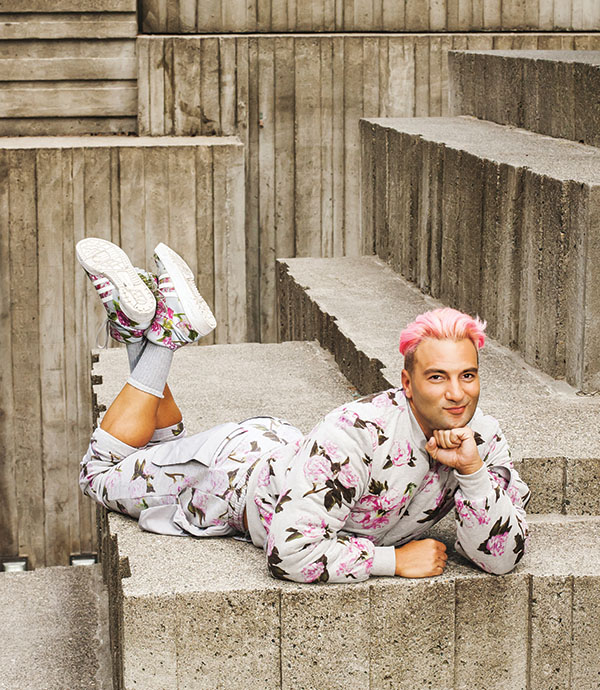 Randy Phillips likes funky and loud with a message.

WHO Randy Phillips, the 35-year-old artist, designer and dancer—better known as Faggedy Randy in the performance world—who grew up in Everett, Wash., and arrived on Capitol Hill in 2003. Phillips took classes at Velocity Dance Center, where he met choreographer Rainbow Fletcher, and she brought him on to dance with the Castaways at the Can Can. Since then he’s performed with DeLouRue’s Homo for the Holidays, Kitten ’N Lou’s Atomic Bombshells troupe and Fletcher’s company HYPERNOVA. He holds a degree in design from Seattle Central’s Creative Academy; for the past two years Phillips has been doing visual design for Deloitte Digital.

THE LOOK “I’m a shoe freak. I think I have over 15 pairs of Jeremy Scott Adidas. On the regular I like to wear T-shirts and jeans with ridiculous, loud, colorful, chunky hightop sneakers. I wear a lot of graphic-printed tees and sweatshirts from local artists like John Criscitello and Land O Tees. My trademark looks are inspired by bold graphics and Pop Art. Anything I can wear that isn’t too obnoxious with this pink hair I’ve been sporting the last three years.”

UP NEXT Phillips will perform in the haunted house horror show by BenDeLaCreme this October at ACT Theatre. Later in the year, keep an eye out for an appearance in the 10th-anniversary edition of Homo for the Holidays.