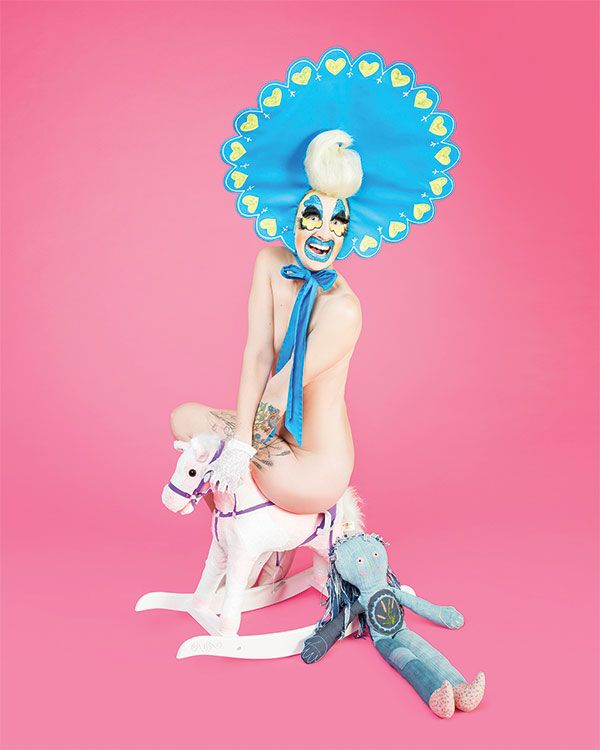 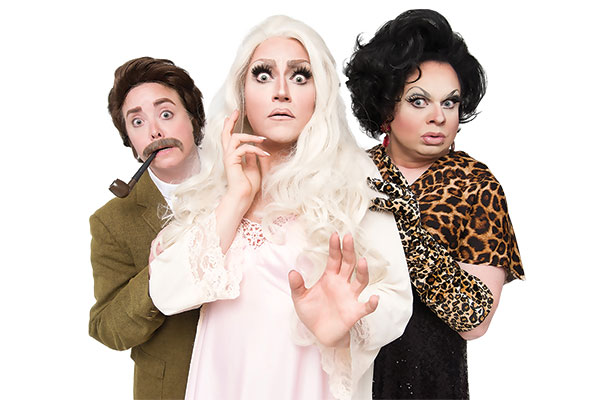 Beware the Terror of Gaylord Manor

Long before Benjamin Putnam developed his adored alter ego, drag delight BenDeLaCreme, he developed an obsession with horror. Specifically, he says, that genre of ’60s haunted-house horror films where “a group of strangers finds themselves in a house for some reason and the house has more than they bargained for.”

DeLa is a delightful dingbat of a character, beloved locally for shows like Homo for the Holidays and internationally for her appearance on RuPaul’s Drag Race. Putnam is the writing muscle behind DeLouRue Presents, creators of hilarious hybrid shows like Homo for the Holidays and Freedom Fantasia. Now he’s using that formidable narrative (and comedic) talent to blend comedy, dance, cabaret and burlesque in this new creation, Beware the Terror of Gaylord Manor.

Putnam isn’t playing DeLa in this show, but he is playing an unwitting ingénue who finds herself trapped inside a mysterious house. With a pair of paranormal researchers. On Halloween night.

Putnam is capitalizing on the haunted house’s naturally vignette-driven structure to create this work of fortified theatre that flips easily between play and cabaret and has a flexible relationship to the fourth wall. While the living characters stay squarely in the story, abiding by the rules of traditional theatre and unaware of the audience, the ghosts and ghoulies live (or rather, don’t) by cabaret rules. They know very well that you’re there—and that you’re watching them.

Some of DeLa’s frequent collaborators—Scott Shoemaker, Richard Andriessen, Faggedy Randy, The One The Only Inga, Elby Brosch—are among the top-shelf cast playing the researchers and the vixens, werewolves, mummies and witches that terrorize them.
Oct. 12–29 / ACT Theatre

The subtitle of this dance-theatre piece by Jody Kuehner/Cherdonna Shinatra is “Part III of one great, bright, brittle alltogetherness”; it’s the culmination of a two-year, three-part project that pays messy, meditative and hilarious homage to feminist performance artists and explores the infantilization of the feminine, “the amazing circumstances within which we exist, and the tie from birth to death and back again.”

Part II, Clock that Mug or Dusted, premiered at Velocity Dance Center in 2016, in typical head-scratchy Cherdonna fashion; a residency earlier this year, Clock that Construct, was part of the project’s ongoing relationship with the Henry.

See Cherdonna once and you’ll never forget her: impossibly heavy lashes above a mouth that could be made by melting old-school wax lips to your face. Eyebrows that practically meet the blond swirl of hair, luxurious as spun Styrofoam. But it’s the vitality and ebullience Kuehner imbues Cherdonna with that animate this childlike, excitable creature, the perfect vessel for Kuehner’s low-brow, high-concept artistry, physical specificity and technically marvelous dance work.

The boundary between bio-drag queen Cherdonna and her creator, contemporary dancer/choreographer Kuehner, seems to grow ever more permeable—not because one becomes ever more like the other, but because Kuehner is now known as much for her own name as for her outsized character. Together they explore deep topics with meringue lightness and pie-in-the-face humor—this time, with the help of a chorus of adult toddlers, and a seven-piece brass marching band.
Oct. 12–15 / On the Boards