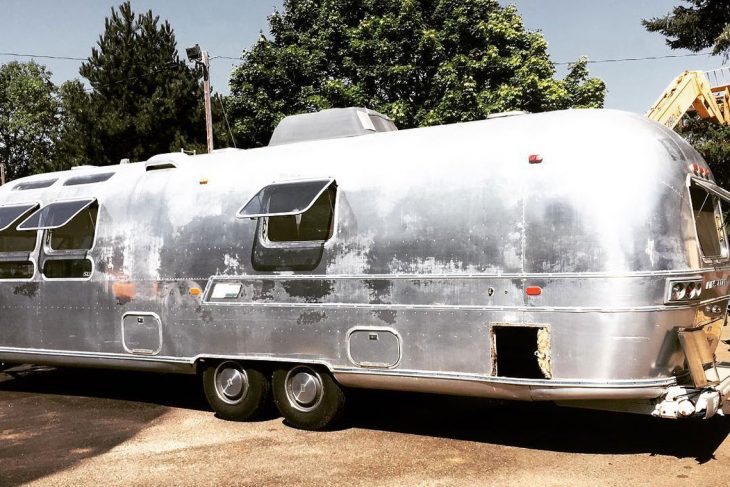 Lauren DeHerrera was one of nearly 22,000 people who moved to Seattle between April 2015 and April 2016. But unlike the dream-chasers who came here looking to make their mark at one of the local tech giants, she was lured by the city’s liberal attitude and creative bent.

A graduate of the University of Utah with degrees in art history, DeHerrera, 29, had been working in a contemporary gallery in Salt Lake City when she left to work at Seattle’s Abmeyer + Wood, a downtown gallery that specializes in contemporary painting and sculpture. She settled into an apartment on First Hill, where she often came face-to-face with the city’s growing homeless population.

“I was walking downtown every day for work and became very aware of the ever-present social inequality,” DeHerrera says.

In the spring of 2016, she started volunteering at Mary’s Place, a nonprofit that provides temporary shelters for homeless families in unused buildings around the Puget Sound region. (The organization recently made headlines when Amazon announced it would give them a permanent home rent-free in their newest headquarters building.)

“I was so impressed by the women I met at Mary’s Place,” she says. “They were smart and curious and talking to them got me thinking about the drawbacks of traditional gallery settings. Not only are they stagnant, they’re often perceived as exclusionary. I wanted to find a way to erase this imaginary boundary between the ‘art people’ and ‘non-art people.’”

An idea began to form in DeHerrera’s mind for an arts education program in which she could make art more accessible to underserved communities by bringing the art to them—a roving art gallery. Something self-contained, easy to move and store, unintimidating. “Initially we were thinking an old bus or some sort of built unit we could tow,” DeHerrera says. “But then the idea of an Airstream crossed my path. It’s such an icon—a throwback with a futuristic vibe.”

She searched Craigslist and found a 31-foot, 1972 Airstream Land Yacht for sale in Portland. The trailer, dubbed Tina after the woman who donated the money for its purchase, is currently undergoing a full-gut interior renovation, thanks to many volunteers and nearly $18,000 in donations. The plan is to install wooden floors and a mobile wall system that allows flexibility for displaying various types of art.

Using a trailer in lieu of a brick-and-mortar location is a familiar concept. Food trucks and bookmobiles have been around for decades, and the Georgetown Trailer Park Mall, launched in 2010, sells vintage wares and other goods out of eight vintage trailers. On the Long Beach Peninsula, the Sou’wester offers weekly artist residencies in a fleet of vintage travel trailers. DeHerrera isn’t aware of anyone currently using the mobile gallery format, but local artist Brenda Scallon ran Caravan Gallery-Parlor & Roadside Attractions out of a 1974 Airstream, which closed up last year after a five-year run.

DeHerrera has several artists booked to show their work once the trailer is ready, including multimedia sculptor Alyce Carrier and painter Adam Bateman. She aims to kick off 2018 with an inaugural exhibition that will travel to Mary’s Place locations in Shoreline, Seattle and White Center, hosting artist talks and intermittent workshops at trailer stops. She also plans to become involved in neighborhood art walks, including Pioneer Square’s First Thursday and the Georgetown Art Attack.

“I’ve had some individuals say to me, ‘Homeless people are fighting for their lives, this seems frivolous,’” DeHerrera says. “I think access to art is a fundamental part of being human.”