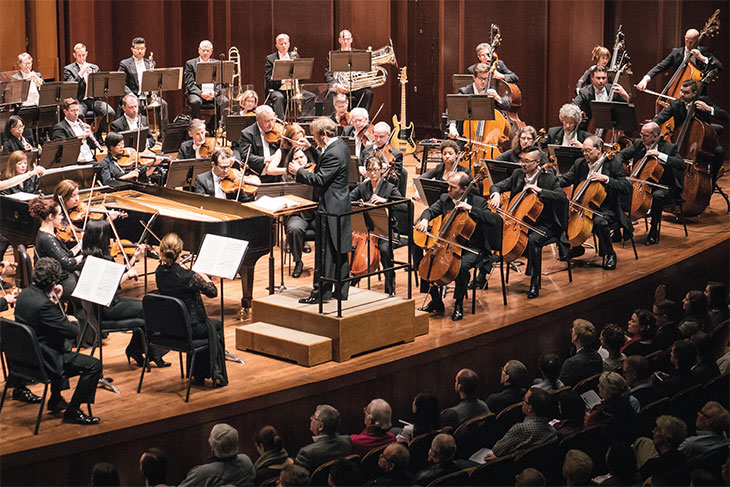 At the Seattle Symphony Orchestra offices, the quest for audience engagement never stops. For Charlie Wade, the Symphony’s senior vice president for marketing and business operations, it’s a quixotic mission that simply can’t be fulfilled. Even as SSO logs the youngest audience in the nation, according to a 2011 survey by the League of American Orchestras, Wade and his team roll out new programs and expand existing ones that are aimed at broadening the Symphony’s audience. At the same time, he says, a basic understanding of human behavior dictates the successes and sacrifices the Symphony makes in its outreach.

Primary attendees, Wade says, are young people in their teens and early 20s—especially those who are learning and performing an instrument—and people in their late 40s and early 50s. He describes “an inverted bell curve” of arts patronage, one that’s not unique to orchestras but also includes ballet and theatre.

Chasing that late-20s-to-late-30s age range for subscriptions, he says, is simply not cost effective. Instead the Symphony established its WolfGang program, now six years old, to sell ticket bundles to performances and events aimed specifically at people 21–39 years old. This season, a package of four different concerts is available at a special price ($200) to WolfGang members, starting Nov. 12 with Mussorgsky’s Pictures at an Exhibition. Members are invited to special meet-and-greets with Symphony musicians before each performance and are provided drink tickets for the bar before the show. Additionally, they receive discounts on non-WolfGang shows—at $25, a genuine bargain—and “advanced insight into programming of upcoming concerts through email, video and social media.” How’s that for marketing copy aimed squarely at Internet natives?

Both Wade and Symphony public relations manager You You Xia are quick to point out that other recent programming changes don’t specifically target younger audiences as much as nontraditional ones, i.e. fans of pop or experimental music who may be only vaguely interested in classical. Sonic Evolution, in which the Symphony backs pop-music stars like Sir Mix-a-Lot and Chris Cornell, intentionally blends different musical genres. Untuxed presents shorter, Friday evening programs in a casual environment with no intermission, and [Untitled] focuses on contemporary and experimental composers. “They started out as artistic projects,” Wade says. “The byproduct is that they attract younger people.”

Taken in aggregate, these far-flung initiatives go a long way toward expanding the Symphony’s perception of itself and its audience. While it isn’t tying itself in knots to get hip and attract a younger audience, SSO is maintaining an exacting degree of artistry without dogmatically adhering to the traditional symphony model. Indeed, in a survey administered among its audience last summer, Symphony planners found a huge diversity of interests spread among demographics. Plenty of young people relish the Masterworks series, which focuses on major classical works; just as many young people thirst for innovation and edgy programming. Thursday nights, Wade says, is naturally an older demographic of long-term subscribers; Saturday nights are younger one-off ticket buyers.

“We tend to talk about our audience as if it’s one thing,” Wade says. “That’s part of the challenge. It’s just a snapshot, not the entire thing.”

Are these efforts working? Even as he’s proud of the Symphony trending young compared to other U.S. orchestras, Wade remains conservative in his estimation.

“I guess I’d say that they’re working,” he says. “I’m not sure we’re successful yet but we’re getting there. It’s successful when it stops being a story.”