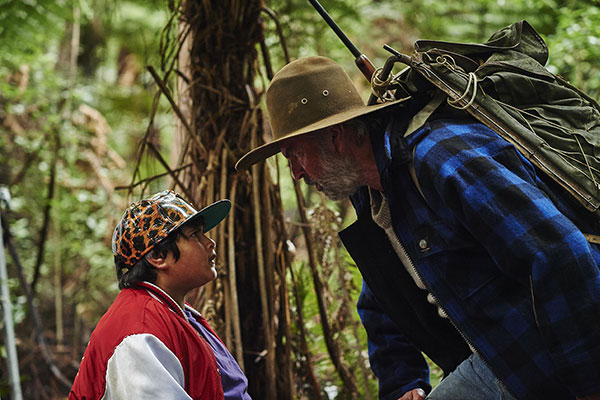 Hunt for the Wilderpeople

Sept. 6
Road House
When I worked the door at Ballard’s Conor Byrne, I followed Patrick Swayze’s three simple rules from this bad-ass action classic: One, never underestimate your opponent. Two, take it outside. And three, be nice. Luckily all I ever had to do was “be nice,” because as much as I sometimes wanted to, I don’t think I could rip the gizzard out of a belligerent rummy á la Swayze. Road House is the Bouncer’s Bible and has some of the best donnybrook action sequences ever collared on film. –Jason Dodson

Hunt for the Wilderpeople
Young Ricky (Julian Dennison) is a bad egg, according to the law; he starts fires, steals, kicks things, etc. Hec (a never-better Sam Neill) is a grumpy old man, who fosters young Ricky because his wife loves the child. When tragedy strikes, Ricky and Hec end up on the run from the authorities in the New Zealand bush. As they evade capture, they become folk heroes and (of course) best friends. Director Taika Waititi has created a buddy comedy/adventure that’s equally hilarious, exciting and sweet. –Kevin Clarke

Sept. 20
Fixed Bayonets!
Written, directed and produced by Sam Fuller, this 1951 film is a pressure-cooker-in-a-blizzard adventure of a pinned-down platoon in the Korean War. (An infantryman at Omaha Beach, Fuller knew the horrors and ironies of war better than any director working in Hollywood at the time.) Richard Basehart leads the platoon and an uncredited James Dean makes his first screen appearance. –Mark Steiner

Cat People
Cat People is one of Hollywood’s greatest examples of a “B” picture: a short, usually under 80 minutes, low-budget genre movie that often played as the second half of a double feature. With little money, a cracking script, inspired art direction and a luminous beauty in Simone Simon, Val Lewton and Jacques Tourneur went for broke with a less-is-more approach to craft a stylish masterpiece. –Mark Steiner