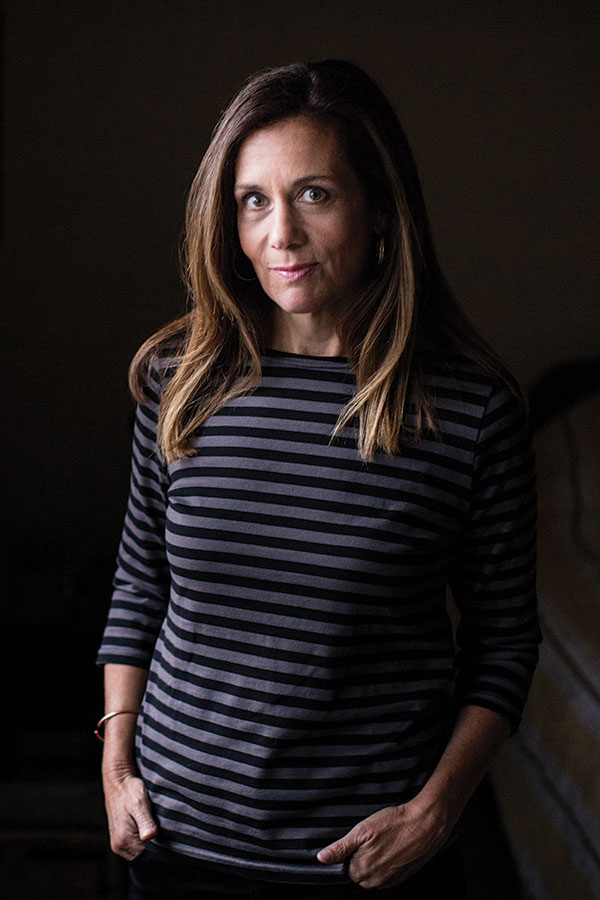 One rainy spring afternoon I flopped down on the living room couch and committed an act of transgression. No, not that one. What I did was, I on-demanded Annie Hall. It was easy. I just clicked the “OK” button on my massive universal remote and then rummaged around in a bag of cookies while the opening credits rolled. As acts of transgression go, it was pretty undramatic—generally a rule of thumb is that if you can eat snickerdoodles while you do a sin, it’s probably not that bad of a sin.

I had watched the movie at least a dozen times before, but even so it charmed me all over again. Annie Hall is a glistening bubble, a jeu d’esprit, a helium balloon straining at its ribbon. It’s a love story for people who don’t believe in love: Annie and Alvy come together, pull apart, come together and then break up for good. Their relationship was pointless all along, and entirely worthwhile. Annie’s refrain of “la-di-da’ is the governing spirit of the enterprise, the collection of nonsense syllables that give joyous expression to Allen’s dime-store existentialism. “La-di-da” means: Nothing matters. It means: Let’s have fun while we crash and burn. It means: Our hearts are going to break, isn’t it a lark?

Annie Hall is the greatest comic film of the 20th century—better than Bringing Up Baby, better even than Caddyshack—because it acknowledges the irrepressible nihilism that lurks at the center of all comedy. Also, it’s really funny. To watch Annie Hall is to feel that one belongs to humanity. We momentarily sense the soft beating of the wings of human connection against our cheek. That fabricated connection can be more beautiful than love itself. And that’s what we call great art. In case you were wondering.

So why is watching this movie—consuming this great work of art—an act of transgression? Well, you know exactly why. Because Woody Allen slept with Soon-Yi Previn, the child of his life partner Mia Farrow. I would say they had an affair, but Soon-Yi was a teenager in his care the first time they slept together, and he among the most famous film directors in the world, and that’s not exactly an affair. It’s something else. Something that has to do with power and abuse. Something that grossed out the whole world.

And so I felt guilt, as I watched this beautiful movie. I sat in my living room, the rain slanting against the windows, my stomach cookie-distended, and I had the sense—the feeling—of doing something wrong. But I didn’t want to stop, because the film is so good. Should I have to give up a work of genius because its maker turned out to be a monster?

Some of them were murderers, some were rapists, some were just assholes or creeps but never convicted of a crime (hello, Woodman!). Some didn’t do anything at all, but said terrible, terrible things. All of them have this in common—they made something great, and they did or said something else that disrupts our ability to reckon with the great stuff they made. How do you watch a Woody Allen film after Soon-Yi? Even if you’re untroubled by the scandal, it still leaves a ripple across the surface of the viewing experience.

There’ll always be horrible people who make beautiful work, but the question is: What do we do? We, the audience? Do we have a moral obligation not to see Woody Allen movies? Or can we just skip them because they mostly kind of suck now, and tell ourselves we’re skipping because of moral outrage? Do we separate the made from the maker? Do we even decide rationally, or do we just respond emotionally and backfill with outrage and/or rationalization? (My own strategy for, well, almost everything.)

We all know people who say, “I just can’t go see a Woody Allen movie.” I can. I can watch one after the other, stuffing them like bonbons.

At the very end of Annie Hall, Alvy says: “It reminds me of that old joke—you know, a guy walks into a psychiatrist’s office and says, hey doc, my brother’s crazy! He thinks he’s a chicken. Then the doc says, why don’t you turn him in? Then the guy says, I would but I need the eggs. I guess that’s how I feel about relationships. They’re totally crazy, irrational, and absurd, but we keep going through it because we need the eggs.”

I’m the guy in the joke: I should probably stop, but I need the eggs. With every year I pass on this planet, I crave more and more that heightened sense of belonging that comes with watching or hearing or reading great art. I know that sounds stuffy and pretentious, but it in reality it looks like this: a woman alone on her living room couch on a rainy afternoon, eating cookies and crying a little, feeling a sense of perfect, human contentment.

Claire Dederer  is the author of Love and Trouble, published last month, as well as the best-selling memoir Poser: My Life in Twenty-Three Yoga Poses.