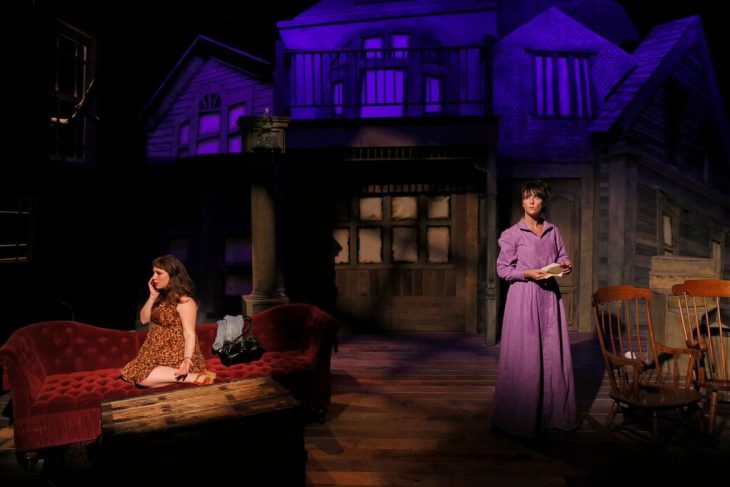 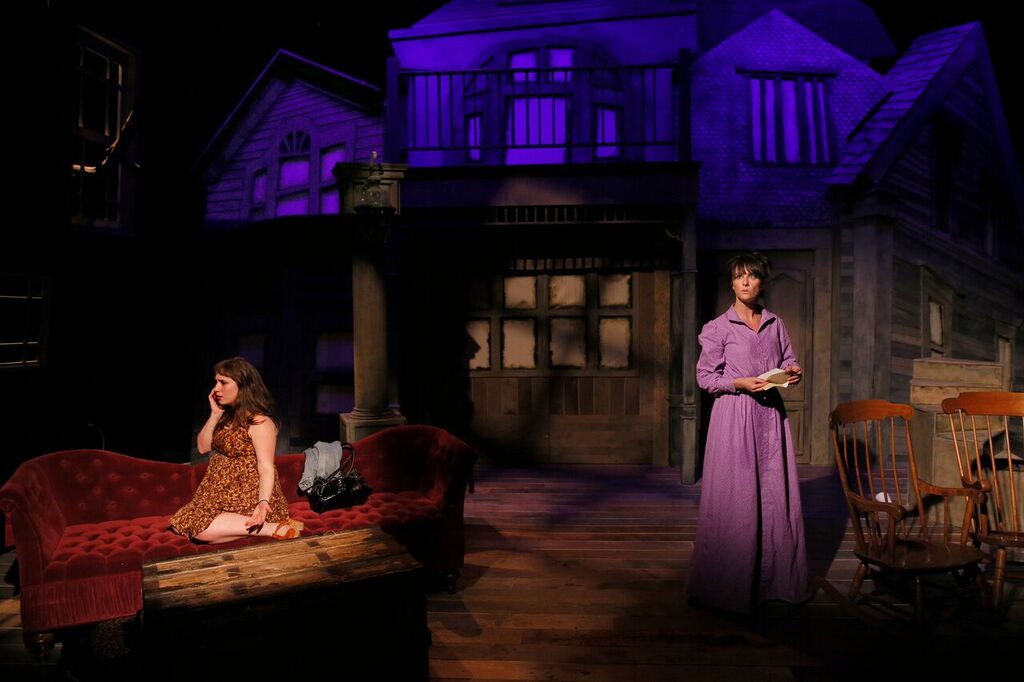 About a third of the way through The Things Are Against Us, Washington Ensemble Theatre‘s world-premiere play takes a sharp turn from linear narrative to a time-bending horror-fest. And while there are hints from the outset that strange things are afoot in this derelict New England mansion (people coughing up cockroaches, the appearance of 20th-century Spanish poet Federico Garcia Lorca, a young man’s intense interest in his dead grandfather’s suit), the veer from humor to horror is a riptide into the play’s surrealist structure. Before you realize what’s happened you’re caught up in the middle of the strange action and in order to get through it—and really appreciate the play—you have to give up logic and go with the flow.

On the surface, the story, written by Susan Soon He Stanton, is straightforward: two sisters, the older, serious Tessa (Allison Standley) and New York party girl Solange (Samie Spring Detzer), inherit their aunt’s crumbling mansion in coastal Massachusetts. Both women are struggling with failed or non-existent relationships. Tessa decides to move into the mansion and open a bed and breakfast with the help of burly lumberjack neighbor Caspar (Robert Bergin), but things start to sour as the house takes on a life of its own. Tessa and Solange write to each other, but perplexity creeps in as messages are not delivered and Solange heads to Massachusetts to investigate. Throw in the poetry-reading Lorca (Jany Bacallao) and Yusef (Jeffrey Azevedo), a young Lebanese immigrant looking for information about his grandfather, and things get confusing.

Part of the confusion stems from the fact that we’re never sure of the year—or the century, for that matter—or who a character is supposed to be. The lines between Yusef and his grandfather, Tessa and her aunt, and Caspar and his ancestors are blurred. Directed by Bobbin Ramsey, the actors walk these lines with aplomb, sliding expertly through various emotional and psychological states. Detzer and Standley are standouts, the former providing clueless, self-absorbed female millennial humor (her Zumba routine is on point) while Standley’s descent into spinster madness provides can’t-look-away entertainment.

Scenic Designer Julia Welch erected a hefty, decrepit Victorian house on the stage in the smaller 12th Avenue Arts theatre, a constant presence behind the action, until it quite literally becomes its own predatory character. Looming in the background, the house’s history unfolds throughout the play, revealing a string of nefarious deeds and the negotiations people are willing to make when confronted with their own mortality.

And yet I wouldn’t go so far as to call that a theme of the play. In fact, the grasp at central themes is difficult. The acting and production are layered, absorbing and skillful, but one walks away with the residue of  “shock factor” that initially glazes over the discordance of the storyline, confusion of characters and lack of deeper meaning. Certainly there are pockets of moving emotion throughout the two-hour-plus production, but the spooky filler and fast pace don’t let us linger on them for long.

The Things Are Against Us runs through May 16. Tickets here.