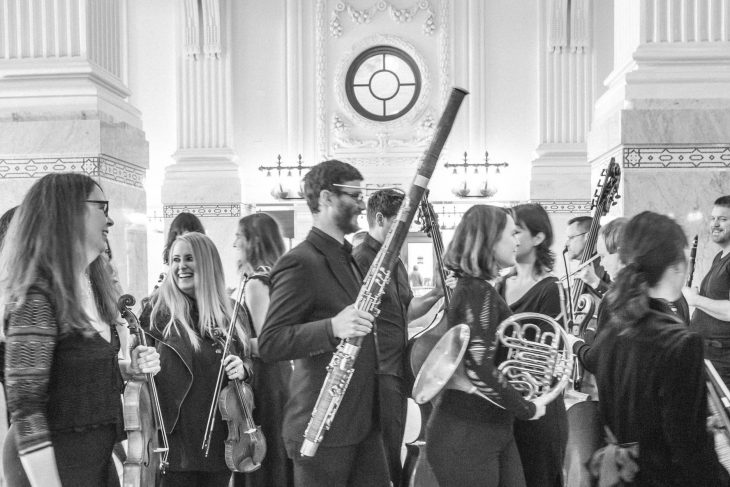 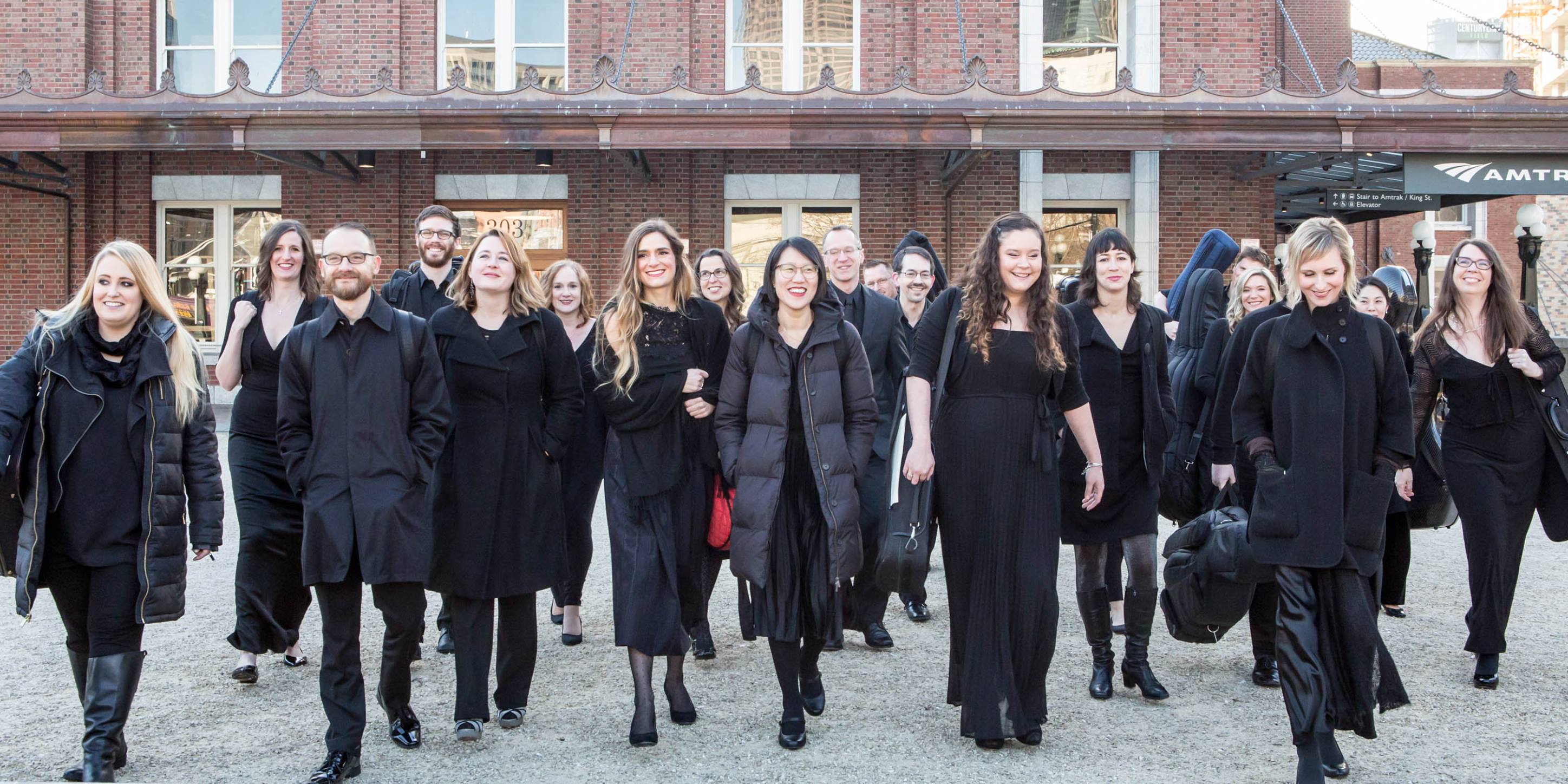 In the 18th century, most orchestras were small, and direction was indicated by one of the players, often the principal violin or the harpsichordist. There was no conductor per se, someone who stood in front and gave the tempo and dynamics with hands or stick, later a baton. This came in the 19th century as orchestras became larger, and it became less easy for a musician to hear their far-off counterparts.

But there are some modern chamber orchestras, which today means a group of a dozen to perhaps 40 players, who choose to perform without a conductor. For the players, this means that they themselves, not a conductor, decide together on the how the work should be played. A conductor, no matter how good, perforce imposes his or her own interpretation on the music and the musicians must go along for the sake of coherence.

It also means that the players must be on their toes all the time, their ears and senses alert to the uttermost to what is happening in the music. Of course they must also agree beforehand what their interpretation should be: the tempo, the dynamics, the expression, and how they want to execute that. This isn’t so difficult with 18th century music, which generally uses a small group of instruments—usually the string family, and a choice of winds, plus timpani and harpsichord. A contemporary composition may use all of these, including a full complement of winds and brass as well as their piccolo or bass versions, plus an array of percussion.

Seattle now has its own conductorless orchestra, the North Corner Chamber Orchestra, or NOCCO. Formed in 2014 by a group of professional chamber musicians who, as their website explains, “put collaboration at the heart of their music-making. The musicians of NOCCO perform an extremely diverse range of music—all with the spontaneity and flexibility of chamber music.”  The size of the ensemble varies depending on the forces needed for each concert, but all the musicians play for free, for the joy of the experience.  They come from local ensembles such as the Northwest Sinfonietta, the Pacific Northwest Ballet Orchestra, even members of the Seattle Symphony.

On Saturday afternoon, the performance at University Christian Church included the Overture to Rossini’s rarely performed farcical opera The Silken Ladder, Haydn’s Symphony No. 60, and the world premiere of Sean Osborn’s Concerto for Chamber Orchestra. Osborn, a founding member of the ensemble, is a renowned clarinetist and composer with a substantial body of well-regarded works under his belt. He uses the basic three-movement format for this 25-minute concerto, but what he does from there is both unusual and consistently engaging.

The murmuring of what sounds like a hive of bees pervades the first movement, “Ostinatos.” The sound ebbs and flows, rising and falling within a fairly narrow range; eventually slow melodic lines are added above the strings, often in the brass. It feels impressionistic, like a Monet in soft colors. The second, “Hymns,” is reminiscent of birds awakening at dawn, of the gradually increasing cacophony of the day in a forest, dying down at dusk, but it is well and unobtrusively structured. The last, aptly named “Fun,” is fast, quirky, with some syncopations and cross rhythms, a marching melody and imaginative use of percussion, particularly marimba. It is fun, no doubt. The audience loved it and Osborn and the orchestra received prolonged applause.

The 35 musicians stayed tightly together during a work new to them all and quite complicated. The ensemble work was remarkably good, only at one point were musicians on opposite sides not quite tightly together in this first performance.

The Silken Ladder Overture is quintessential Rossini, fast, light and delightful, with a prominent oboe role eloquently played by Ben Hausmann, who is also Seattle Symphony’s assistant principal oboe. The Haydn, named “Il Distratto” (“The Distracted”), lives up to its name. It was originally incidental music for a play by that name and Haydn later made it into a six-movement symphony. NOCCO had great fun with it, as the music was often quite disjointed and Hausmann and principal horn Andre Goodrich behaved in a manner quietly distracted and distracting as they chatted, checked lights, shook hands, etc. when they were not playing, and Hausmann bounced on his heels in time to the beat.

This is clearly a group of which to take note.