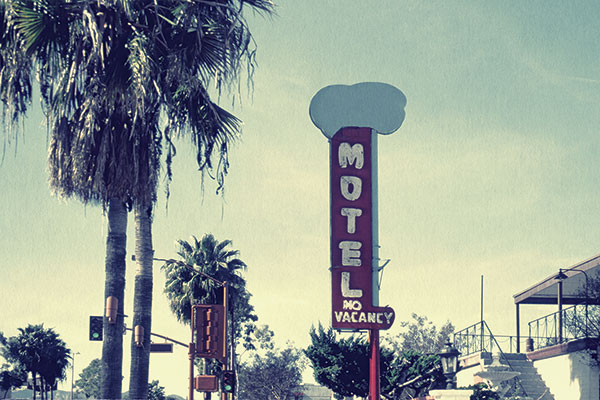 A refreshing eclecticism fuels the fevered heart of Annex Theatre, and its weighty-yet-whimsical productions aren’t afraid to play in the shadows. Kelleen Conway Blanchard’s 2014 play Blood Countess was a good example, a jaunty romp through the mad world of the maiden-exsanguinating, blood-bathing Countess Bathory. With Annex’s newest foray into delightful darkness, Last Stop on Lilac, Conway has teamed up with director Keira McDonald for a formidable collaboration.

Last Stop on Lilac’s synopsis makes me imagine a vintage Sunset Boulevard/Black Dahlia super-mashup. What led you to it?
Blanchard: I wanted to write something glamorous and terrible and bloody and funny because those are my favorite things. And this is a hard time in the world and I selfishly want to be around all of my favorite things. But as I got deeper into the script it came to me that 1964 has a lot of parallels to right now. Big social change, political unrest and very little is as it seems. Last Stop on Lilac is a murder mystery set in 1960s Hollywood. Pill-popping. Big hairdos. Knife fighting go-go dancers. Dark secrets. Last Stop on Lilac has all of the dreamiest, seamiest dirt.

McDonald: Kelleen Conway Blanchard led me to it. I love her, I love her work and I love working with her! She asked me to pitch it with her for Annex. We like to cater to our senses of humor and give a nice night out for those of us who work hard, do their best and need a night out to laugh at the sublime stupidity of humans. That said, the play got darker after the election. There are some really greedy evil motherfuckers in this world who only care about themselves and their status and enjoy hoarding money and fame. In life I loathe them, but in comedies, they are some of the most delicious characters to play, play with and direct.

Is this your first collaboration?
McDonald: No, I commissioned Kelleen to write a one-woman show for me to perform. It’s called Blonde with the Wind. We have had a few staged readings. We’ll do it some day when the time is right and we can assemble the right team. It’s about a woman who wakes up in a modern-day mental facility believing that she is Scarlett O’Hara. Hilarity ensues until it doesn’t. Also, I directed [Blanchard’s play] Kittens in a Cage at Cornish in the fall of 2015.

You are both prolific. What do feel are the highlights of your work so far?
Blanchard: I’ve written about eight full-length plays that have been produced and probably 50 shorts. Some of them are best left buried very deep. Very, very deep. But I’ve been real lucky to sucker talented collaborators for a lot of them. I’ve loved all of my Annex productions. They’re a really committed, genius-y bunch and I’m proud of everything we’ve made together. Kittens in a Cage, Small Town, The Underneath, Blood Countess…

McDonald: I’ve been blessed with an eclectic career so that’s hard, but two things immediately came to mind: I directed Beauty and the Beast Jr. for Perseverance Theatre in Juneau, Alaska, with 25 Alaskan children. Some came from small villages by boat to be in a musical! On our breaks, during tech rehearsal, the kids would forage for wild berries. It was magical. And being paired with Jody Kuehner, aka Cherdonna Shinatra, for City Arts’ Genre Bender [in 2016] was definitely a highlight, too. Our partnership was effortless, and she is a dream to work with. I woke up the morning after like, did I just do that? Was that a dream come true?

Last Stop on Lilac is conspicuously playing during the Halloween season. Tell us the truth: there’s a ghost, isn’t there?
McDonald: No spoilers, but I can say there are some fights. With blood. And go-go boots. And maybe a dance-off. And a Tupperware party. It’s the perfect fall/Halloween show—camp, quirk, blood, fights, murder, love, the supernatural. It’s got something for everyone!

Yes, the supernatural is very hot right now. Has a cast been announced?
McDonald: We have a cast and they are top-notch serious goofballs and really talented! I cannot wait to be in the room with them again. Some of the things we wrote on their audition sheets would cause a scandal. We love them!

Blanchard: I’m not in it. Nobody wants to see me act. I do weird things with my hands.