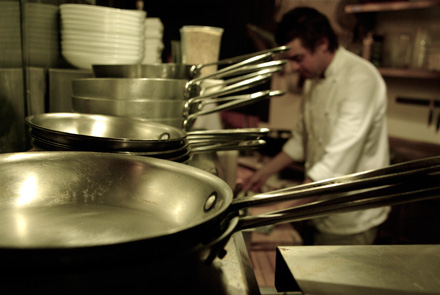 Of wolves and women.

Welcome to City Arts’ new “Hangout” column, devoted to Seattle’s most creative people in their natural habitat — a favorite restaurant or bar, from hole-in-the-wall spots to hole-in-the-wallet splurges. When Lesley Hazleton suggested that I launch the column by taking her to How to Cook a Wolf, I had three reasons to howl with glee. 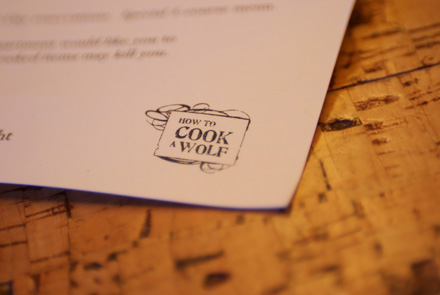 First reason: the restaurant is the buzz du jour. It’s Queen Anne’s crowning gustatory glory, a sleek, snug den with embracing walls of undulant wood and copper. The name comes from M. F. K. Fisher’s foodies’ bible, penned in the ’40s, when the wolf of hunger was at many doors.

Second reason: Hazleton is Seattle’s most original writer. Time’s erstwhile Middle East correspondent, she wrote books about Israel, made what she calls “stupid money” for a car column, then began penning biographies influenced by Norman Mailer’s Marilyn and Bedouin storytellers who once held her rapt by firelight. Her books get into her legendary subjects’ heads: Mary: A Flesh and Blood Biography of the Virgin Mother and Jezebel: The Untold Story of the Bible’s Harlot Queen, just out in paperback from Doubleday.

And the third reason for glee is how very apt the restaurant’s name is for Jezebel’s posthumous Boswell. As we tuck into pretty good hamachi, damn good carpaccio with anchovies and an exquisite dish involving pig’s ears, Hazleton explains, “Jezebel was eaten by dogs.” Not just dogs, but wolflike dogs. 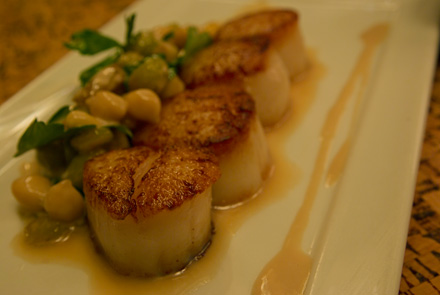 And when she went to inspect the Gilead birthplace of the Jezebel-hating Elijah, Hazleton nearly became an amuse-bouche for vulpine canines. “More wolf than dog,” she writes, “they launched themselves at the car — at the wheels, onto the hood, at the windows, which I managed to get closed just in time.” She and her Jordanian guide (ironically named Wolf) barely escaped. “Dogs on the windshield with foam coming out of their mouths! After I stopped shaking, I thought, I can’t put it in the book, nobody’s going to believe me!” She also survived an assault in Jerusalem by a lunatic who, unaware of her book project, yelled, “Jezebel, Jezebel, fornicating under the walls of God’s holy city!”

Hazleton decided not to inform the madman that Jezebel never visited Jerusalem. And her research revealed that Jezebel was no harlot, just a luckless Phoenician polytheist who married into a Hebrew society going monotheist. The “harlot” epithet didn’t originally refer to her sexuality, so the Jezebel book couldn’t have been titled Confessions of a Fast Woman. (That’s the title of Hazleton’s racecar book.)

No, Jezebel was accused of theologically prostituting herself to foreign gods. “There was a fear of a far more powerful and sophisticated culture overtaking your native culture,” says Hazleton, “like the fear in the Middle East of American influence. Her husband Ahab wanted to bring in that sophistication, a very Obama-like politics of dialogue, finding common ground.” Opponents of this view threw her out of the palace to the wolf-dog-patrolled ground.

Hazleton can relate to an emigrant’s life. Fleeing small-town England, she says, “I turned up in Jerusalem for two weeks and stayed for thirteen years. Then to New York for a year and stayed thirteen. And then I came here for sixteen and a half years.” She came out to get her pilot’s license. “It’s the best place in the country to fly, in the world. I’ve never seen rainbows like I’ve seen here. One time I flew through an inverted rainbow.” She lives in a “shack on a raft,” a houseboat with a floating garden one dock south of Tom Hanks’ seven-figure Sleepless in Seattle house.

“You know, her husband, Heinz

Pagels, inspired the Jeff Goldblum character in Jurassic Park,” I note. “He was a pal of Michael Crichton. He died mountain climbing.”

“Did you ever almost die?” she asks.

“I missed a turn on a racetrack,” she says, “and finally came to rest upside down. I remember thinking, ‘Lesley, this is a really stupid way to die.’”

Writing is an increasingly stupid way to make a living. Hazleton can’t afford to fly anymore, and rising taxes may force her out of her watery writer’s lair. But she loves her life. “I just feel very lucky,” she says. “I can’t believe I’m actually getting paid to do this.” 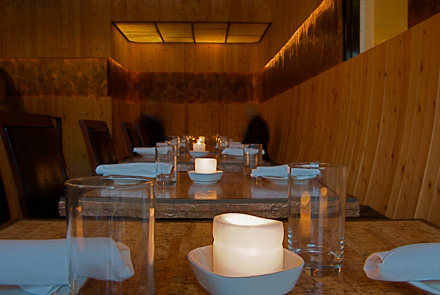 How to Cook a Wolf