Tim Appelo was a film critic for The Nation, The Oregonian, Seattle Times, Seattle Weekly, KCTS and KING-FM.
At EW, he lost a snowball fight to Benicio del Toro, Michael Madsen and John Cusack, who flying-tackled him in a 100-year storm; revealed Brandon Lee’s cause of death, Diane Keaton’s opinion of Annie Hall (“She’s stupid”), and Dr. Evil’s secret identity (he’s a Lorne Michaels impression); survived clubhopping with Julia Phillips the night she knocked out Wes Anderson with an Ecstasy-microwaved joint at Babylon on his first night in Hollywood, earning him a stern lecture from his mom.
He kept up with Uma Thurman and Tim Curry drinking wine at their homes, but couldn’t keep up with Kathleen Turner; kept down-on-his-luck Travolta waiting for hours outside Bruce Willis’s trailer because Bruce would not shut up about Hudson Hawk; and survived a kiss on the cheek from Goldie Hawn, Courtney Love’s phone calls, Stockard Channing’s stab at ending my journalism career, and a mock (but genuinely angry) strangulation by Alan Rudolph right after an exec said, “Alan, you make $8 million look like $30 million! So here’s $7 million.”

Caricature of Tim Appelo, drawn for the cover of the New York Press by Danny Hellman in 1992 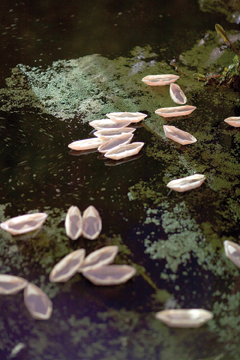 December 1, 2010
The most innovative art opening of the fall was by far the hardest to find: Tomiko Jones’ Uncovering the West Tributary (shown above), a one-night art installation on September 24 in a “water detention facility” in the middle of Kelsey Creek... 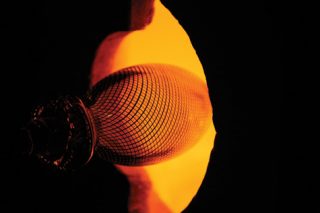 November 1, 2010
What would Seattle’s proposed glass museum mean for Tacoma’s Museum of Glass? Opportunity, strangely enough. A glasswork is reheated in the glory hole. Photograph by Ken Emly, courtesy of Museum of Glass. "This is the sweet spot!" exclaims... 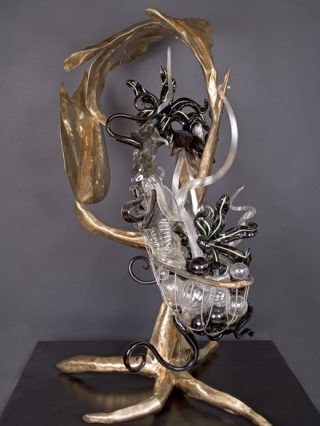 November 1, 2010
When Worlds Collide Along with Dale Chihuly, Atlanta-born Seattle artist Ginny Ruffner helped create the Amer-ican glass art movement at the Pilchuck School in the ’80s. “Someone once introduced her as ‘a student of Dale Chihuly’s,’” says... 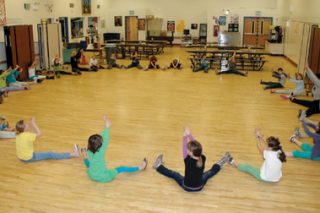 November 1, 2010
Everybody knows we’ve got to pay teachers test-based merit bonuses, and that we simply can’t afford the useless expense of arts education. Both these alleged facts may be false. In September, Vanderbilt University scientists completed the... 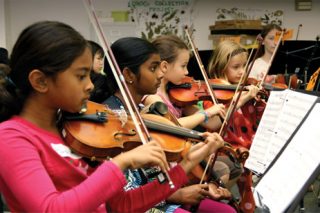 November 1, 2010
As its demographics shift, the Eastside begins to sing a different tune. What makes a musical sound distinctive? Its pitch, volume, attack, duration – and, perhaps most crucially, something called “timbre” or “color.” That said, you... 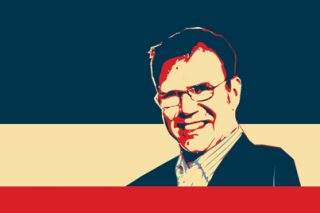 Great Escape: Mr. Killoren Goes to (the Other) Washington 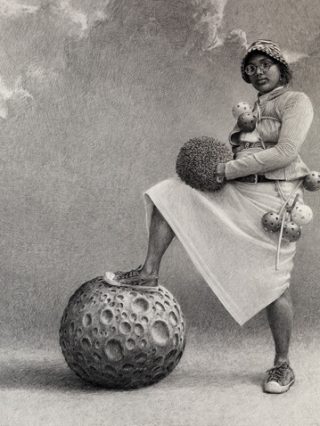 November 1, 2010
The Murrow Tradition Seattle artist Ethan Murrow, now based in New York, is probably tired of people asking him about his revered grandpa, pioneer news broadcaster Edward R. Murrow. Still, he admits there’s a bit of influence – just not what you... 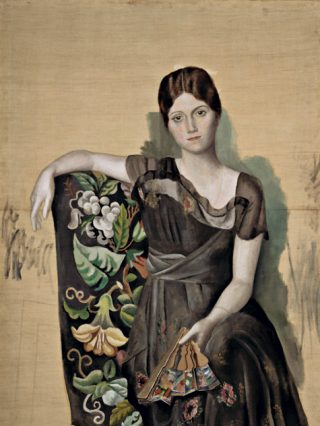 From Paris with Love

November 1, 2010
Picasso brings Seattle out of the dark and into the international spotlight. Last October, for the first time in my life, I had a week of sunshine on a trip to Paris. But I was cold with fury. I had booked a beautiful room near the Musée National...
Feature

November 1, 2010
Mayor McGinn will decide – most likely this month – whether to approve the plan to build the world’s biggest Dale Chihuly glass exhibition at the foot of the Space Needle, on the 1.5-acre south part of the old Fun Forest. Here are five things... 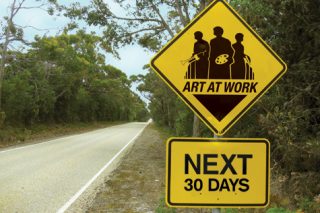 November 1, 2010
Photograph by flickr user Phillie Casablanca; photo illustration by Emily Busey Of the three hundred cultural happenings that make up Tacoma’s 2010 Art at Work month, arguably the most significant is the two-headed affair on November 15 at Tacoma... 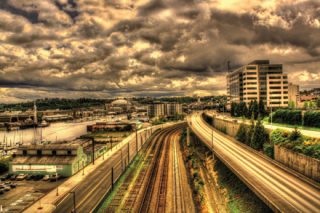 From Paris with Love

October 27, 2010
The Picasso Museum sends its treasures to Seattle Art Museum and snaps SAM out of its Black Period. (Read this story now in our Seattle edition.)