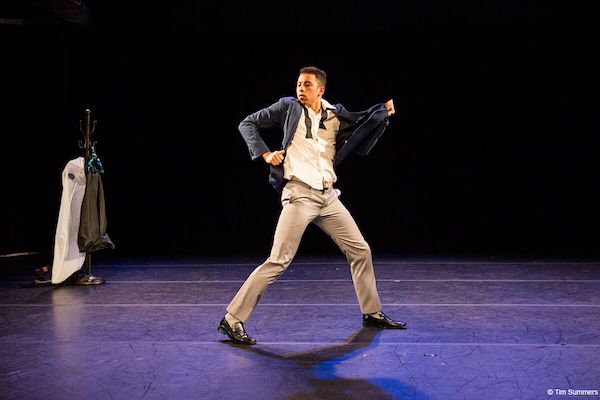 As the first Millennials were born in the early 1980s, America was in the throes of an infatuation with dance cinema. Flashdance (1983), Footloose (1984), Beat Street (1984) and Dirty Dancing (1987) were all released in a short span, augmented by the pop spectacle of Michael Jackson’s moonwalk move and his endlessly inventive music videos on MTV. The rise of digital communications is the single largest feature on Millennials’ cultural terrain, but we’d be remiss to overlook the embrace of flamboyance in the 1980s, in the music of Prince and David Bowie, the graceful athleticism of Michael Jordan, and even the clumsy physicality of Nickelodeon obstacle course shows like Double Dare.

Perhaps this was the cultural manifestation of a socioeconomic trend: the hardscrabble, deindustrialized era of Reagan America was a time when rugged self-reliance was celebrated while the social safety nets, welfare programs and factory jobs that working-class Americans relied on suddenly evaporated. Dance was the ultimate metaphor for this condition: desperate individuals in financially depressed communities flailing for freedom using nothing but their fragile flesh and bones. “I’m dancing for my life!,” Irene Cara belted out in “What A Feeling,” the theme song to Flashdance.

Three decades later, Millennials are even more desperate than our 1980s’ forebears. A November 2016 study by Business Insider reports that mean Millennial wages hover nationally around poverty level, as American corporations suppress the pay of the Millennial poor to subsidize generous pension packages for the wealthy. Millennial destitution dovetails with Millennial diversity, as the least-White generation in American history is also the first (free-born) generation to have a lower standard of living than their parents.

It is in this context that choreographer Alex Crozier has devised the stage show Millennials, a portrait of a generation as told through the medium of dance. Hustling Millennials in increasingly unaffordable cities know that you have to keep moving in order to keep from starving; Crozier slowed down just long enough to answer my questions about his show via e-mail.

Millennials are probably the most written about generation in American history. You contribute to this conversation by titling your show Millennials, with no qualifiers or subtitles. How did your interest in the topic of Millennials develop?
My interest in the topic of Millennials developed when I became curious about who and what we are. My friends and I are all Millennials and while I had my own understanding about our personalities and interests, I wanted to explore how our generation was defined by others. I found that many people who are not Millennials try to pigeonhole my generation. Millennials are multifaceted and have grown up with a vast amount of influence from pop culture, colloquial speech and fashion trends. While I chose to focus on cultural appropriation, gay culture and feminism as the main themes, it’s all through the eyes of a Millennial. So that’s how I settled on the title for the show.

One of the defining characteristics of the Millennial generation is our diversity, as well as our social activism, and the way we’ve departed from gender norms of the past. How does your show reflect the generational uniqueness of Millennials?
I wanted to be honest in the way I reflected the lives of Millennials on the stage. I attempted to make choices and create dramatic moments that I had either personally experienced or witnessed. I worked with the dancers to create personas that span various ethnicities, gender roles and sexual preferences to create truthful depictions of aspects of life as a Millennial. It was important to amplify the theme of cultural appropriation not as a protest, but as a way to get people to understand what it is so that the stigma about it is removed: appropriating another culture is only detrimental when a person is ignorant of the roots of the cultural they are appropriating.

People often label Millennials as entitled and lazy. I think the experience of many Millennial artists contradicts that opinion. How long has your show been in the making, and who were some of the key players and contributors that helped you turn it into a reality?
I think that the stereotype of Millennials being lazy is unfounded, as the large majority of Millennials I know work two to three jobs and have aspirations of success that they are striving toward. To say that Millennials are entitled is ignoring the fact that entitlement grows out of wealth and power, not age. It is true that previous generations paved a way forward that has made life easier for Millennials, but we should not be faulted for enjoying the lives we lead because of when we were born.

I began preproduction for this show last August when it was just an idea in my head. It has since grown to include a cast of ten dancers from Spectrum Dance Theater and the freelance scene, a production team with Sara Torres running lighting and stage management, Pete Rush contributing to costumes, Adam Hulse creating the set, and a producing partner in Sharon Williams of the Central District Forum for Arts and Ideas. I have created this show in tandem with my own responsibilities as a dancer with Spectrum Dance Theater as well as the coordinator of the Academy Program in Spectrum’s school. It takes a hyper amount of compartmentalization and focus to balance all three jobs.

Does the Central District Form For Ideas have a special significance for you as a director and a performer? What shows might you have seen there—or in any other venues across the city—that have influenced you?
I’ve been working with Central District Forum for Arts and Ideas as a choreographer since 2014 presenting work in Showing Out, a showcase of black choreographers. CD Forum has given me a channel to express myself fully without creative limitation, which is invaluable to a choreographer. Millennials is a natural progression of these showcases and has provided a platform to present my work to a wider demographic.

What aspect of the Millennial experience do you hope your Millennial audience members walk away with a better understanding of? How about Baby Boomers or members of Generation X?
I would like Baby Boomers and people of Generation X to understand how multifaceted Millennials are and that there is more depth to the generation than previously perceived. Over all, I want the audience to be able to identify with the characters and themes in the show. If I achieve that, I will have accomplished my goal.