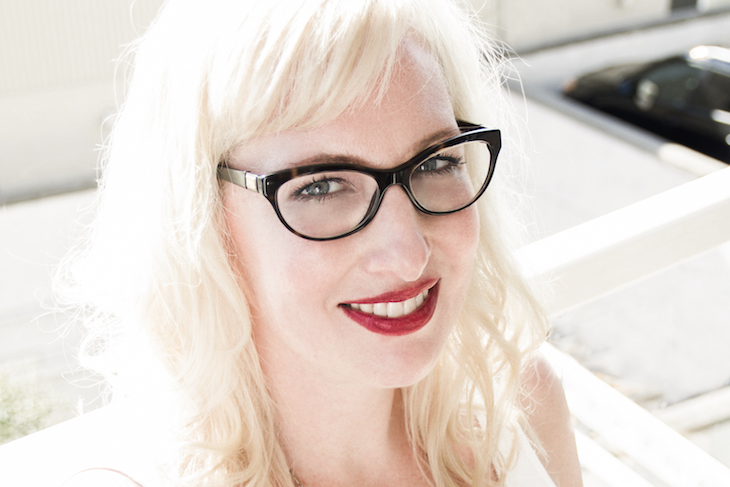 Recently, I went online and traced my genealogy back to the 1600s—spent 12 hours staring at a screen until my eyes actually went blurry. It felt suddenly urgent to figure out whether I am—as the family mythology goes—related to the fatalist Victorian poet/novelist Thomas Hardy.

It turns out we aren’t related, not directly. Unless thematic obsessions can be inherited, like genetic traces of trauma. There are eerie echoes between his work and mine, like a century-old game of call and answer. “All romances end at marriage,” he wrote in 1874, in a book I’ve never read. Just last summer I wrote, “It’s strange how romance can suck the romance from life.” Which left me wondering about all the ways histories could be doomed to repeat.

It’s been 30 years since I first read Tess of the D’Urbervilles, in which a beautiful but poor, uneducated woman is “taken advantage of” by a suave rich man bored or frustrated by her resistance. Her child, Sorrow, dies. She marries Angel, who can’t forgive her for being raped. He leaves her, she marries and murders the sexy rapist, and is executed.

At age 15, that book spoke to me like a premonition—its themes of power, patriarchy, morality, God and sex fell cleanly into a system of channels already cut deeply within the mine of me. I’ve been swinging a pickaxe steadily into them for as long as I’ve been writing. Exploration. Excavation. It is a kinship, of sorts—the way every writer returns to the vein, and the scar.

But I left Thomas Hardy behind. Not knowing why, at first; just that I felt compelled to keep searching, following my roots deeper into my father’s father’s line, and my father’s mother’s, and both lines branching from my mother. I didn’t stop until I hit the ocean. It made sense, as soon as I got there; lately every road leads to the sea.

I returned home nearly two years ago from sailing (almost) around the world, a voyage that took 11 months. The ship I sailed looks, and still works, much like the one that would’ve carried an entirely different Thomas Hardy to Massachusetts in 1633. The first of my family on this continent. Pilgrim or Puritan, I’m not sure.

When people ask why I went to sea, I say the same things, which are true: I’ve always wanted to see, and keep seeing, the world. I wanted to see if I was strong enough to do a thing I had no business doing. I wanted an extraordinary adventure, an unexpected point of view, and to make imagined things real: an albatross, gliding effortlessly thousands of miles from shore, a fleet of lobstermen off the coast of Haiti, pulling their catch into crumbling, handmade boats. The bare, brown mountains of Africa jutting through the burnoff one December morning—a view so majestic it seemed fair to require a six-month voyage of 7,000 nautical miles.

But the real truth is I went to sea so I could stop talking about God and sex, power and patriarchy. I’d written poems, and then an essay, and then a memoir about them and I wanted, more than anything, to change the subject. A fantasy that came crashing down the first time the captain spoke to me.

We were anchored in the harbor in Suva, Fiji, still weeks away from setting sail. I felt a presence behind me, and turned from painting the overheads in the starboard breezeway to see him standing shirtless and wild-haired in the opening of a watertight door. He wore a pair of weathered Levi’s, his calves and feet hidden below the knee-level opening, which gave him the effect of hovering. Like a wraith. Tattoos spanned his sternum from shoulder to shoulder, a tribal, geometric half moon six inches wide. Similar designs ringed his forearms, the ink faded to the color of his jeans.

“People say, ‘He thinks he’s God,’” he said, referring to himself.

I stood silent, blue paint dripping thickly from my brush into the yogurt container that served as a bucket, and felt a pit forming deep in my stomach: another premonition.

“I’m not God,” he continued, looking seaward, far beyond the oil-slicked harbor, the dilapidated Chinese fishing vessels surrounding us. “The sea is God. The ship is God. God is God. I’m just the prophet—I interpret God.”

The punch line writes itself.

I traveled halfway around the globe to distance myself from the first thing I found: a man who believes his words are the direct words of God. Who would be the sole, infallible source of wisdom and judgment regarding my words, thoughts and deeds. And on whom my life would literally depend.

Thomas Hardy the novelist would say this is my birthright, that I should accept its inevitability. The captain would agree. “Just submit,” he once shouted, exhausted by yet another assertion of my will. “Submit.”

But submission is not my thing. Which could be why I’m not interested to know whether Thomas Hardy, my ninth great-grandfather, was a Puritan or pilgrim. I prefer to choose. Pilgrim. Pilgrimage. A journey to a holy place, informed by whatever mysteries, whatever answers exist in the swell of the Atlantic—the vast, mercurial body that brought both of us, differently, home.