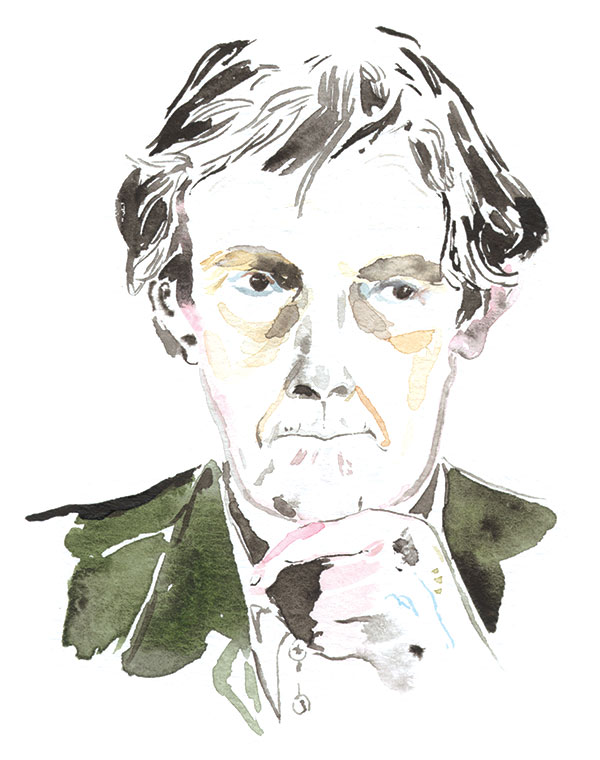 Step right up, don’t be shy! Come one, come all for a musical circus of epic proportions.

Created in 1967 by the 20th-century composer and iconoclast John Cage, the Musicircus is a multimedia happening that invites any number of artists to perform any number of pieces (musical or otherwise) in the same place, at the same time. The result is a dizzying kaleidoscope of experimental music, oration, dance, performance art and improvisation.

This November the avant-garde extravaganza returns for its second Seattle iteration under ringmaster and percussionist Melanie Voytovich. For last year’s event at Town Hall, Voytovich assembled a cast of over 60 local and visiting artists of all disciplines, with the only limitation being that each work be composed or directly inspired by Cage. This year’s event, held in conjunction with the Capitol Hill Art Walk, allows artists to perform anything from the 20th century onward.

“One of the things I really love about Cage is that he was more interested in exploring his own ideas about what music could be, rather than what was considered to be the popular music of the time,” Voytovich says. “His exploration of new musical ideas and different compositional practices influenced so much of the music that came after him.”

Cage was a pioneer of indeterminacy in music, a precursor to electroacoustic music, an innovator of musical instruments and a philosopher of sound. In fact, much of his music made audiences question whether it was even music at all. His infamous 4’33”, composed in 1952, is the inverse of the Musicircus: It instructs the performer(s) not to play their instrument(s) at all, instead insisting that the muffled coughing and nervous shuffling of the surrounding concert environment are in fact the music itself.

Cage was also notorious for his use of nontraditional musical instruments. He invented his famous prepared piano while working at Seattle’s Cornish College of the Arts from 1938–1940. Presented with the challenge of composing music for dance accompaniment with no room for an ensemble onstage, he created his own percussion orchestra within a grand piano by placing screws, bolts and bits of rubber in between the strings.

“‘Exploratory’ is a word I would use to describe his music,” Voytovich says. “You hear and see things you wouldn’t normally see in a concert setting. Last year at the Musicircus, Storm Benjamin used an apple as an instrument for three minutes in his performance of Child of Tree—and people loved it! You would never see that at the symphony.” Cage’s Child of Tree is scored for amplified cacti and other plants.

Cage also explored new compositional processes, often using chance operations to determine pitches, dynamics, tempo and other central aspects of his music. He frequently left crucial compositional decisions up to the whim of the performer, the environment or the audience, allowing his music to change drastically with each performance.

“As musicians, when we learn a new piece it’s easy to go find the definitive recording of that work and try to mimic it—but Cage’s pieces really don’t open themselves up to that,” Voytovich says. “And that’s great, because it means you can make it your own, and you can play it several times and still every time the audience will hear something different.”

In true Cagean fashion, Voytovich plans to use chance operations to determine the timings, locations and overlapping of performances at this year’s Musicircus, featuring music for flower pots, toy pianos and massive projectors, among other experimental offerings. Like last year, performers will be stationed around the venue, with audience members encouraged to roam freely and discover how the sonic experience shifts as they walk throughout Fred Wildlife Refuge on Capitol Hill.

“As kids, we get a lot of opportunities to explore things hands-on, but we kind of lose that as adults,” Voytovich says. “When I started this, I wanted to give people the space and the affordability to explore new music in a comfortable environment, with no judgment if they didn’t like it or left early. That is what I think is really important, and that is what will motivate people to give new music a chance.”