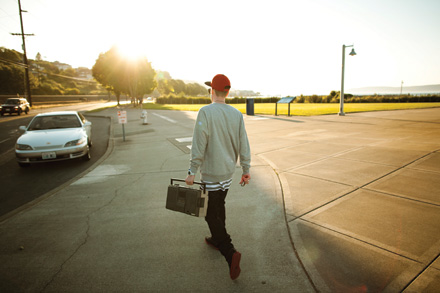 In “Two Five Three,” Fice shines a light, with the help of Neko Case, on his overshadowed hometown.

Eleven seconds into the music video for Fice’s most recent single, “Two Five Three,” the camera cuts from the drowsy emcee and rests momentarily on his selection of baseball caps. Los Angeles. Oakland. Chicago. A mark of hip-hop credibility, the caps represent cities that have proved themselves in the rap game, cities that have deep rosters of talented emcees and DJs and have created bona fide hip-hop legends. In the video, released on the Internet earlier this summer, Fice doesn’t put on any of the baseball caps. Instead he dons an unmarked fedora before heading out the door and onto the streets of Tacoma. 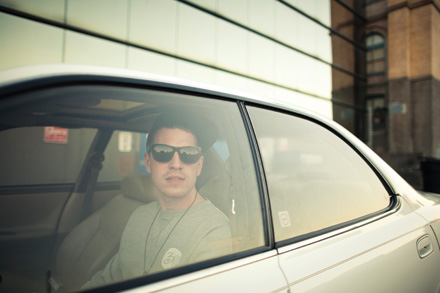 As its title makes clear, this song is a homage to the city of Tacoma. This is a common trope of the hip-hop world, the “where I’m from” shout-out track, which has familiarized rap fans with various area codes across the country. It’s in heavy use up north in Seattle where emcee Macklemore (“The Town”) and producer Jake One (“Home”) have each represented their hometown in song in the last year alone. In short, there have been many tracks like “Two Five Three,” yet the Fice song is earning praise from almost every corner of the Puget Sound for its originality. The reason? It’s about Tacoma.

Fice is, apparently, one of only a few in the growing Tacoma scene who don’t see the city’s size or lack of notoriety as a liability. Most South Sound artists find their path to success through association with Seattle’s robust music scene.

Even the most uniting force in the Tacoma scene, Federal Way–based rapper and promoter Quincy “Q Dot” Henry, has taken the seemingly easier approach. While he has done much to support his community, Henry avoids rapping his home area code. In the intro to his Grammy-nominated album, Underground Railroad, he emphatically demands, “Seattle, stand the fuck up!” The bio on his MySpace page states clearly: “I am from Seattle.”

“Why does it matter?” you might ask. Shouldn’t the art one creates be free of any geographical stigma? It is, after all, self-expression. 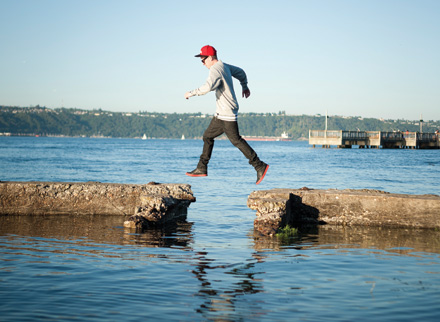 If there is a visible culprit for the lack of hip-hop artists representing Tacoma, it appears to be the lack of a coherent scene. With few hip-hop-friendly venues, and hangouts like the Cool fleeing the downtown sector, artists have few places to congregate and display their talent.

While there are a few notable 253 loyalists on record, such as Evergreen One, Todd Sykes and Jay Barz, Smith says he has felt somewhat like a lone representative in the realm of hip-hop and has at times looked outside the genre for inspiration. Enter Neko Case. Several years ago, Smith stumbled upon a copy of Furnace Room Lullaby, the 2000 album by the Tacoma native’s group Neko Case and Her Boyfriends. The song “Thrice All American” jumped out at him immediately. He held onto the vinyl until he felt the time was right to properly pay tribute to his city. A sample of that song is the backbone of the production on “Two Five Three,” with Case’s bittersweet ode to her “dusty old jewel in the south Puget Sound” blending perfectly with Smith’s sincere verse.

“I had to use this song,” he says, laughing. “Hopefully if she heard it she’d be, like, ‘I like this song, you’re representing our hometown.’”

As the deconstruction continues behind him, he adds, “I feel that Tacoma does have enough talent to get put on the map. We don’t have to be grouped in with Seattle. I can understand why somebody would want to do that, I just never would.” And with that, Smith rejoins his friends in the rubble as they clear the way for a new era in Tacoma hip-hop. •