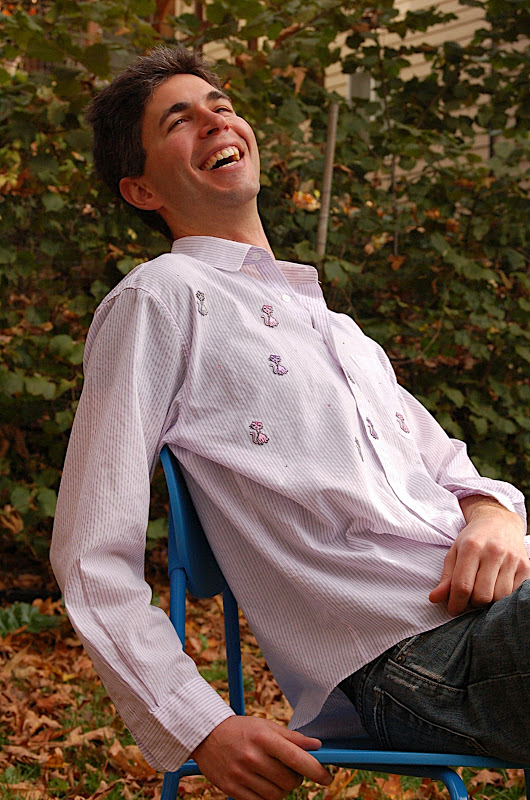 Yoram Bauman is the world’s first and only stand-up economist. A graduate of Reed College in Portland and the University of Washington (where he earned his Ph.D in economics and sometimes teaches), Bauman performs fiscal and political satire in venues like the American Economic Association Humor Session (yes, it’s real) and the Comedy Underground, where he got his start. Most recently, he’s taken his “Return to the Gold Standard” World Tour from Singapore to France, and his coauthored book series the Cartoon Introduction to Economics has been translated to over seven languages.

We’ve long believed the economy is a joke, but Bauman makes it so in a literal sense.

How has the most-recent financial crisis affected your comedic career?

For a few years I didn’t get hired to do any shows for banks! Now they’re coming back, so for better or worse I guess that part of the economy is picking up.

You began your stand-up career by parodying the economist Greg Mankiw. What did you find funny about his principles?

I wrote that parody mostly to blow off steam, but also to point out how vacuous a lot of economics education is. One of Mankiw’s principles is “people respond to incentives,” and my parody of that notes that this is basically the same thing as saying that people are motivated by motives. Believe it or not, introductory economics classes spend a lot of time on this sort of baloney.

One of my new routines is about joss paper, fake money I saw while living in China; people burn it with the idea that it goes to their ancestors in the afterlife. The routine is about the effects on monetary policy in the afterworld. The idea was suggested to me by an Australian veterinarian. He and I are coauthoring a paper on it, tentatively titled “Hyperinflation in Hell.”

Does your stand-up profession hinder your credibility in academic circles?

People in academia seem to respect me as a popularizer and for the occasional serious research I do. People in the policy world seem to appreciate the way that I can get the message out to nontraditional audiences, business groups and conservatives and folks who don’t frequent the Comedy Underground.

You describe yourself as an environmental economist, but your comedy largely avoids jokes about the environment.

The main thing was coming face to face with the gulf between where economists are and where the general public is. On climate change, for example, economists generally recognize the problem and think that a carbon tax is a good way to address it, especially if the revenue is used to reduce other taxes. The general public, on the other hand, has never heard of carbon taxes and thinks that global warming—if it exists—is all about the ozone hole. My joke is that they think you can solve all environmental problems by recycling.

So it’s really emphasized the need for public education and thinking about how to get folks to take climate change seriously. Sometimes I say that my pitch about carbon taxes is the pill that I wrap inside the ball of meat to feed to the dog.

Is there social pressure to appear bipartisan in your economic satire?

When I perform at corporate events, I usually leave out my joke about how the Tea Party is an explosive combination of radical individualism and extreme cluelessness—people who believe in Social Darwinism but don’t believe in Darwin. If I had an equally good joke about Occupy Wall Street it would be easier, but in order to be made fun of you have to exist. Occupy seems to be going the way of the Whigs.

But the biases in my routine mostly reflect the biases of the economics profession. Supply-side economics, for example, makes an important point, but very few economists give much weight to the idea that its effects are so strong you can cut taxes to increase government revenue, so I’m happy to make jokes about that.

Another example is the Ron Paul end-the-Fed crowd; very few economists take them seriously, and so neither do I.

It is true that self-centered people are more rational and ultimately good for the economy? Does that mean looking out for oneself is really the best way to look out for others?

There’s a line in my cartoon micro-book that addresses this point: A world full of angels is always going to turn out heavenly. But what economics teaches us is that a world full of selfish jerks can turn out pretty well too. The point is not that selfishness is optimal but that it may not lead to disaster.

Bauman is performing up and down the West Coast throughout November (including Seattle on Nov. 14). Check out his full schedule here.