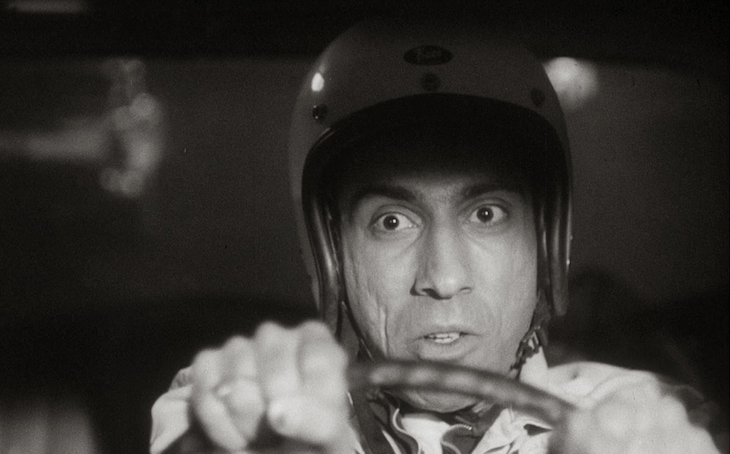 Veteran director Jack Hill cut his teeth on everything from the masterful horror comedy Spider Baby to Pam Grier action flicks to Switchblade Sisters. This 1968 action-drama set in the cutthroat world of stock car racing is one of his best, showcasing some jaw-dropping car stunts and a great cast including Sid Haig, Ellen Burstyn and Brian Donlevy. —Tony Kay
Grand Illusion Cinema

You shouldn’t miss anything by inimitable artist/dancer Corrie Befort and LIMITS, her collaboration with sound artist Jason E. Anderson, is presenting as part of Yellow Fish Durational Performance Art Festival. Their three-hour cross-disciplinary work features a phenomenal lineup of dancers and promises to be a disorienting, sensorial, sci-fi experience. Prepare to be transported. —Kaitlin McCarthy
LoveCityLove

I’m looking forward to this live Yellow Fish presentation of audio/video piece “Thresholds Embrace (1948-2018)” by one-time Seattlite, now LA-based composer, musician and visual artist Garek Druss. His is the stuff of super-corporeal, out-of-body, ecstatic experiences, vibes you can see and feel pulsing through the floor, through the soles of your feet, to make your hair stand on end in the most delicious way. —Amanda Manitach
LoveCityLove

The best bands among the Northwest’s latest generation of heavy rock have replaced a sense of dread with a sense of humor, and Portland’s Gaythiest might be the wryest of the bunch. Bandleader-singer-guitarist-tituar-gay-atheist Jason Rivera’s Chaplin mustache and paperboy cap evoke a Vaudevillian busboy more than a blistering shred hog, but that said, the trio is no joke: These guys know their way around a wrecking-ball hook. —Jonathan Zwickel
Highline

The depth and experimental ingenuity of Seattle’s drag community never cease to amaze me, so I can only imagine what the likes of Miss Texas 1988, Americano and Irene Dubois are working up for this tribute to Icelandic singer/songwriter, actress, avant-gardestress and exposed artistic nerve Björk—especially when you consider that the swan dress is basically the tamest thing she’s ever worn.  —Gemma Wilson
Timbre Room

You could plunk down half of this month’s mortgage on Bumbershoot. Or you could jaunt north to Greenwood and spend 1/12 of that on a music festival showcasing fab local bands including performance-art/heavy rockers Monsterwatch, spastic no-wavers Hellbat, Seattle shoegazers Black Nite Crash and tons more. The choice is yours. —Tony Kay
Various Greenwood and Phinney Ridge venues

If you need a break from the Music Festival Vibes at Bumbershoot but not a break from the music, go check out Haunting Renditions. The long-running NY- and LA-based comedy music showcase by comedian, TV writer and Broad City brother Eliot Glazer takes terrible pop songs and presents them with gorgeous, earnest, well-orchestrated intensity. And Glazer can sing. —Gemma Wilson
The Vera Project