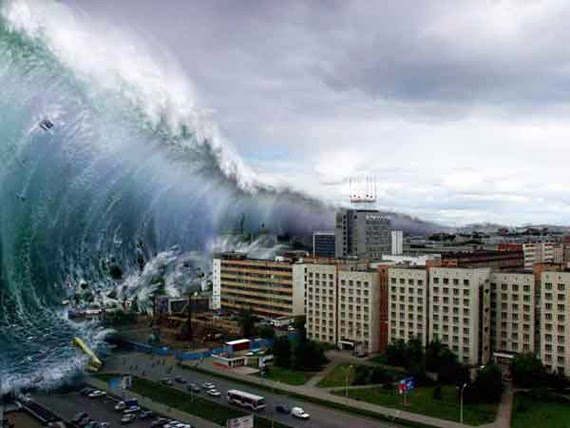 For a lot of reasons, 2014 was a disastrous, unsettling and disappointing year. New music, however, was not one of those reasons. We’re hearing more of everything all the time, and if you know where to train your ear, all of that everything is getting better and better.

Or it’s at least specifically tailored to highly personal, developed tastes. That’s what I observed in Seattle music this year: Quality that appeals to a very specific niche audience trumps quantity. So in the spirit of easily-digested year-end analyses, here are five trends I noticed over the course of 2014, as embodied by 13 different bands. Outside context, trends are neutral. But each of the songs below, all released in 2014, is a major winner. Now bring on the New Year.

Electro-pop Duos
The prevailing musical format in the city right now is the electro-pop duo. Ten or so regularly circulate through local concert venues; I’m sure more exist that aren’t yet playing shows. Credit the availability of cheap, high-quality production software and the streamlined economy of a two-person band. Murder Vibes is two dudes—one with a guitar and blockbuster voice, the other on a bunch of synths—brooding in blues-croon beatscapes. Sisters is a guy singer/keyboardist and girl on drums playing candy-coated digi-pop. Crater is a pair of women, one drummer and one singer/keyboardist.

Ambient Vibes I: Pastoral Metal
Seattle right now is brimming with deliciously heady instrumental music. It comes primarily from two camps. Seattle veterans Earth invented drone metal 15 years ago; as the sound has proliferated around the world, they certainly remain its foremost purveyor. They’ve evolved into a more pastoral sound, one that parallels younger bands like Mamiffer and Garek Jon Druss. These performers all come from very loud, ear-ringing backgrounds and have settled into a less loud, more meditative style deeply connected to the earth and earthly cycles.

Ambient Vibes II: Headphone Astronautica
Counterpointing the guitar-based drones of the Pastoral Metalists is the synthesized soundscapes of the Headphone Astronauts. It’s patently gorgeous stuff, if you’re prone to finding beauty in crystalline clarity and somnambulent hush. Hanssen and Panabrite are deeply reclined in the planaterium, making panoramic soundscapes to soundtrack astral projecting. DJAO adds a beat, based in part on Chicago’s frenetic footwork style, but keeps his overall sound supremely chill. Between the metal side of ambient and the electronic side, a lot of understated, impressionistic music came out of the city this year.

Ambition Fulfilled
The musicians included here all work under the varying degrees of their own ambitions and each of these songs fulfills its own platonic ideal. Some Seattle musicians, however, operate within a more mainstream spectrum and, in some kind of creative “Eureka!” moment, made something amazing. This is by no means a broad qualitative judgement but rather recognition that a few bands this year created their best work yet and that their best work squares with larger trends and tastes. Motopony recorded what might be my favorite song of the year from anybody anywhere; it should be on the radio alongside MGMT, Alt-J and other experimental blue-eyed electro-soul hits. Beat Connection made a tiny masterpiece of meticulously produced, off-kilter electro-soul way beyond what even their most successful local peers have done. And Tenderfoot out-Lumineered the Lumineers with a devastatingly sweet folk-pop love song that reminds me of nothing less than “Daisy” in its classic Americana.

Shabazz Palaces
Their own echelon.

Released in August, Lese Majesty, the second album by Shabazz Palaces, is complex, beautiful, dark, angry, enlightened. Where Black Up, their first, was earthy and metallic in its sonic quality, Majesty sounds like the cosmic void. Or maybe the deep-sea abyss. Either way, it’s pressurized where Black Up was breathy. It’s synthesized rather than handmade. It flows contiguously, a series of multi-part suites that tell a story I’ve yet to decipher. Palaceer Lazaro raps about the perennial conflict between the material and the spiritual, further convoluted in today’s reality by our addiction to technology. Among many things, the album seems to be about the soul-crushing dangers of instant gratification and the loss of history. Lazaro is a skeptic and an optimist, alarmist but wise. Like other cosmological auteurs throughout pop music history—Bjork, George Clinton, Prince—Shabazz Palaces has coined their own musical language. Nothing else sounds like Shabazz; Shabazz sounds only like itself.

Stream all of the above songs in one continuous mix: