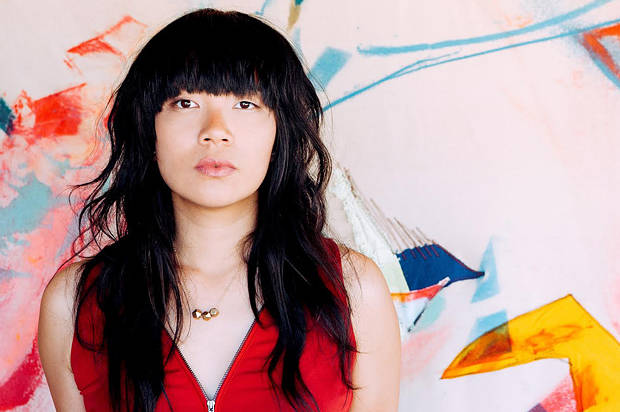 It’s the end of 2016 and there’s nothing a band of white guys with guitars can tell me that I need to hear. No knock against white guys or guitars—for better or worse, they’ll always have their place—but this was a year to listen to other perspectives. And there were plenty.

Many of these artists, as non-binary people or women or POC, traffic specifically in issues of identity. And even when they don’t, their very existence is often a political act. There have always been folks like this making music, but in the charged context of 2016, their voices sounded more urgent and important than ever before. With the crushing brunt of Trump’s America bearing down on us, I truly heard them for the first time.

I couldn’t listen to music this year without setting it in a larger context, and many artists of color addressed that context directly, while many white artists did not. Simple as that. There was no middle ground and no room for escapism. Not while the stakes are so high.

This revelation first dawned back in March, while listening to Thao & the Get Down Stay Down’s new album, A Man Alive. I’ve long appreciated the bedroom-sultriness of Thao Nguyen’s voice, but A Man Alive—a dense, daring collection of zig-zagging folk-pop by the San Francisco-based band led by a Vietnamese-American woman—held much more than titillation.

As a willing but stunted feminist, and assisted by some very instructive and patient female friends, I thought I’d dropped the default equation of women and sexuality in my 20s. Yet it lingered until now in my musical appreciation. With few exceptions (Nina Simone’s transcendent “Suzanne,” for instance) I’ve always heard one of two messages from female artists: Either I was the subject of their song, or the song was sung to someone other than me. I was at the center of the song or outside its purview. The song was mine or it wasn’t.

Listening to Thao, I was struck by the staggering crudeness of that perspective. (At least she seemed to commiserate with my late blooming: “Decades to decide I need decision,” she sings in her album opener “Astonished Man, “decades to decide I will never be satisfied.”) A zillion cultural reasons lead to this small-mindedness, but ultimately it comes down to white male entitlement and the ages-old reinforcement that all culture is made for me, is mine for the taking.

A month later, Beyoncé released Lemonade, and with it, the cultural landscape became exponentially richer and more complicated. Watching her film, listening to her album, and seeing her in concert, I registered Beyoncé’s message: This expertly executed, highly collaborative, mega-budget monument of Black artistry was a testament, a gift of representation and empowerment, from one brilliant Black woman to her sisters. As much as I drove around banging “Hold Up” on repeat all summer long, popular consensus was that this music was not for me.

Seeing my privilege, I questioned my right. Was I appropriating culture? Can I enjoy this stuff? More importantly, should I? The answers to those questions are not simple, nor are they final. I’ve learned a lot by pondering the gray area.

Recently, a musician friend of mine—a white guy with a guitar—told me he’s been wracked by similar questions. He suggested that art is the place where lines blur and we can imagine what we haven’t yet accomplished, where we can project our greatest, most realized selves. Art is where we dwell beyond limitations and labels, not just individually but collectively. The artist’s responsibility is to see the ideal and direct us toward it, and, he admitted, white guys with guitars have lately failed to do that.

Maybe that’s privilege talking, but I have to agree. If we can’t collectively imagine a better world, we’ll never crawl from the mire of this one.

Music, as a form of communication, is a channel for empathy; empathy is humanity’s greatest hope for survival. Empathy is not ownership. It is not taking someone else’s story and making your own. It’s not taking at all—it’s sharing. It’s respectful coexistence. It’s like a good party, full of friends old and new—the kind of party you leave reeling with joy, assured of humankind’s mutual graces. And every good party needs good music. So I’m listening.

Break the Back of the Old Days: 2016 Year-End Mix
Childish Gambino, “Have Some Love” from Awaken, My Love!
Y La Bamba, “Ostrich” from Ojos del Sol
Thao & the Get Down Stay Down, “Slash/Burn” from A Man Alive
A Tribe Called Red, “The Light” from We Are the Halluci Nation
Chicano Batman, “Friendship (Is a Small Boat in a Storm)” from their upcoming 2017 album Freedom Is Free
Helado Negro, “It’s My Brown Skin” From Private Energy
Solange, “Cranes in the Sky (Kaytranada DJ Edit)” from A Seat at the Table
Kaytranada feat. Anderson Paak., “Glowed Up” from 99.9%
Equiknoxx, “Clunk” from Bird Power Energy
Charlie Hilton, “Funny Anyway” from Palana
ANOHNI, “Drone Bomb Me” from Hopelessness
Kadhja Bonet, “Honeycomb” from The Visitor
Moses Sumney, “Lonely World” from the Lamentations EP

Photo of Thao Nguyen of Thao & the Get Down Stay Down