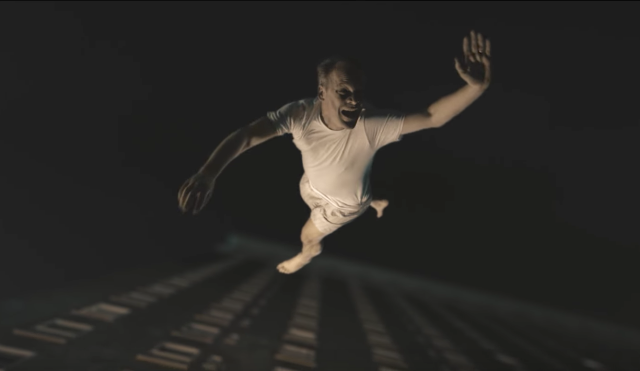 My entertainment-consumption habits have changed radically over the course of a couple decades. When I was a teenager I’d drive 50 miles round trip to the nearest Waldenbooks to buy a special-ordered trade paperback of a Philip K. Dick novel. Now I can watch 10 episodes of the big-budget Amazon series based on his stories from the comfort of my bed. As a comix-obsessed tween, the only way I could see weird cartoons for adults was once a year when the Spike & Mike’s Sick & Twisted Festival of Animation came to the art house cinema several towns over. Now entire cartoon empires spawn from that nexus, from The Simpsons to King of the Hill to Don Hertzfeldt’s breathtaking films. In terms of entertainment, it’s now possible to get so much of whatever I want whenever I want it that I’m confronted with a big, adult question: What the hell do I want anymore?

Jerry Seinfeld has a joke about adulthood: “As an adult, if I want a cookie I have a cookie. I have three cookies or four cookies or 11 cookies if I want. Many times I will intentionally ruin my appetite. So what if you ruin your appetite? As an adult we understand even if you ruin an appetite, there’s another appetite coming right behind it.”

The current glut of streaming entertainment is a giant cookie factory stamping out treats for every taste. What if eating cookies becomes a chore? What if there isn’t another appetite waiting in the wings?

I recently watched Wormwood, the new Errol Morris documentary series on Netflix. Morris is unquestionably one of our greatest living filmmakers, and I’m a fan going all the way back to one of his first documentaries, Vernon, Florida, an eccentric and loving depiction of the Old Florida that was quickly being erased to make way for the sprawling Sunshine State suburbs of my youth. I watched it on out-of-print VHS from the dearly departed On 15th Video, for which I had to leave a credit card on file lest anything happen to the analog relic. From there I consumed the rest of Morris’s catalog, from The Thin Blue Line, which got a death row inmate exonerated, to The Fog of War, which won an Academy Award for Best Documentary Feature. I will dutifully watch anything he puts out. His films are one of my favorite flavors of cookie.

In four hours spread over six episodes, Wormwood tells the story of Eric Olson’s quest to find the truth about the death of his father at the hands of the CIA in 1953, believed to be a suicide caused by government experimentation into the potential uses of LSD. It has all the hallmarks of a juicy postmodern documentary: one man’s lifelong quest for truth, historical government intrigue, inquiries into the nature of subjective reality, multiple frame-shifting POVs and innovative visual storytelling techniques including dramatizations of events featuring top-tier actors like Peter Sarsgaard, Molly Parker and Tim Blake Nelson.

It’s not that Wormwood was demonstrably not good in any way that could be easily characterized. The film delivers moments of insight and surprise, and it received the sort of rave reviews I expect from a new Morris project. But my lack of enthusiasm for Wormwood has me interrogating my tastes in a way that’s bigger than just this series. It calls into question how I consume media.

For the same amount I used to spend every month on rental fees at On 15th Video, I can watch an eternity of up-to-the-minute output from my favorite filmmakers. Is that too much of a good thing? Has this profusion of options put me in danger of permanently ruining my appetite, of blunting my palate once and for all?

Netflix plans to spend $8 billion on programming this year. Amazon will spend $4.5 billion. Tech money and its swipe-right paradigm have succeeded in “disrupting” the film industry. Right now, Amazon and Netflix are currently Bigfooting across Sundance, outbidding independent distributors and throwing money around “like drunken sailors.” More money sloshing around is great, but this massive shift in the industry actually leads to fewer independent films finding their way to big-screen distribution.

Similarly, Netflix is doubling down on familiar names in the world of standup. They’ve shoveled $100 million to the aforementioned Jerry Seinfeld for exclusive content; Dave Chappelle got $60 million. The result is a slew of OK specials that could’ve been better if the comics spent another year workshopping their material on stage. Crafting a killer hour of standup isn’t an on-demand undertaking.

Back when Morris was working on his first feature, erstwhile mentor Werner Herzog told him he’d eat his shoe if Morris ever completed the film. “I don’t believe you have the guts,” Herzog told him. A couple years later he stood onstage before the premiere of Gates of Heaven chowing down on his footwear, an act memorialized in Les Blank’s short film Werner Herzog Eats His Shoe. In it, Herzog rails against the mediocritizing effects of capitalism on culture: “If you switch on television it’s just ridiculous and destructive. It kills us. They kill our language. We have to declare holy war against what we see every single day on television.”

Thirty years later it still seems wild that Herzog ate a shoe out of sheer, absurd love of the art, in order to goad a fellow filmmaker to such an improbable achievement. Hell, it seems wild that 15 years ago I’d be willing to put a $100 deposit on the safe return of a VHS copy of Vernon, Florida (now streaming on Netflix). As the new age of entertainment is disrupted by the same old market forces, I remember what it felt like to be hungry for something different.