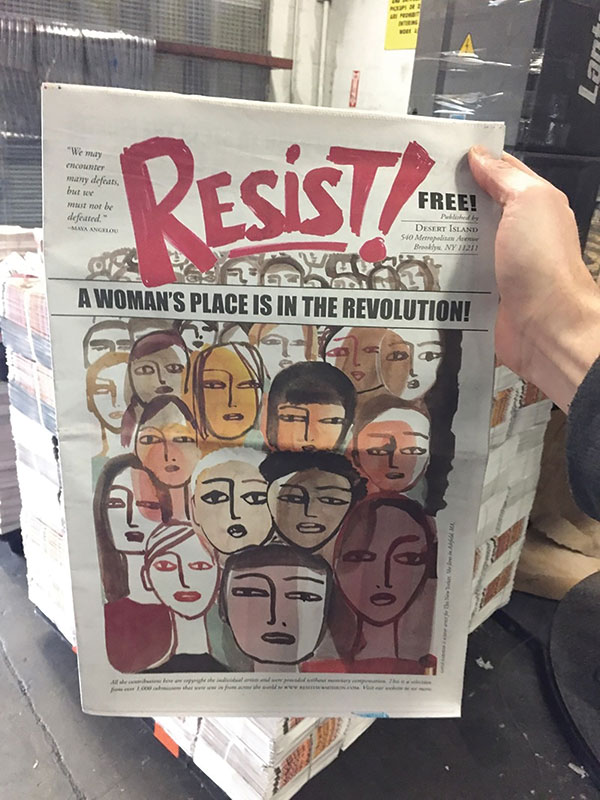 After Donald Trump won the presidential election, some New York media folks came up with the idea to create Resist!, a free special-edition newspaper full of political comics and graphics made mostly by women. Publisher Gabe Fowler (owner of Brooklyn’s Desert Island bookstore) and editors Françoise Mouly (art editor of The New Yorker) and Nadja Spiegelman (a writer and Mouly’s daughter) put out a call for submissions and were flooded with nearly 1,000 images from around the world. With support from donors and pre-orders, the all-volunteer operation printed 58,000 copies of the 40-page paper, most of which were distributed at Women’s Marches on Jan. 20. It features celebrated cartoonists such as Alison Bechdel and Lynda Barry alongside many others, including Seattle-based artists Tatiana Gill, Amy Camber, Megan Kelso, Robyn Jordan and Sarah Romano Diehl. Locally, Fantagraphics, Push/Pull and Outsider Comics each ordered a stack—and might still have a copy if you get there quick.