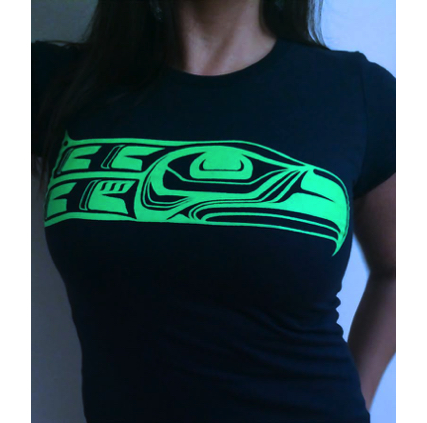 In his 1830 book of aphorisms Treatise on Elegant Living, Honoré de Balzac wrote, “Clothes are the expression of society.” But what fabrics will we wear when society unravels? Earlier this summer, I proposed a “Men’s Guide To Post-Apocalyptic Fashion” to steward men through imminent disaster scenarios like irreversible climate change and global contagion. But the cataclysmic future will be at least half female, so this second installment imagines how women’s wardrobes will adapt to the irreversible consequences of the Anthropocene era.

Like civilizations, the best outfits are built from the bottom up. Roman aqueducts tapped the subterranean aquifer to bring water to cities; Seattle razed and re-graded hills so they could be home to roads and single-family houses. Similarly, shoes ground us wherever we go. A decade ago, Sophia Coppola famously wrote Chuck Taylors into the history of the French Revolution with her faux-biopic Marie Antoinette. Beyond the postmodern affront of the film’s anachronism, the point was clear: Years are nothing but numbers, and durable styles transcend time. When capitalism disintegrates, we’ll realize that our current fetish for finely-segmented eras and cleanly diced decades exists primarily to sell us on the flood of “new” goods coming down the pike.

Sondra Segundo-Cunningham collapses common understandings of sartorial time. “I express myself by bringing my ancient indigenous art to contemporary shoes and clothes,” the Seattle-based designer told me. A member of the Haida tribe, Segundo-Cunningham stamps her tribal identity onto Converse sneakers and wedge heels to produce striking, soulful shoes. Her most well known designs are from her Native 12 line, where she introduces Seahawks apparel to its Amerindian origins in a bold act of cultural re-appropriation. In so doing, Segundo-Cunningham debunks stereotypes that paint Natives as people of the past. 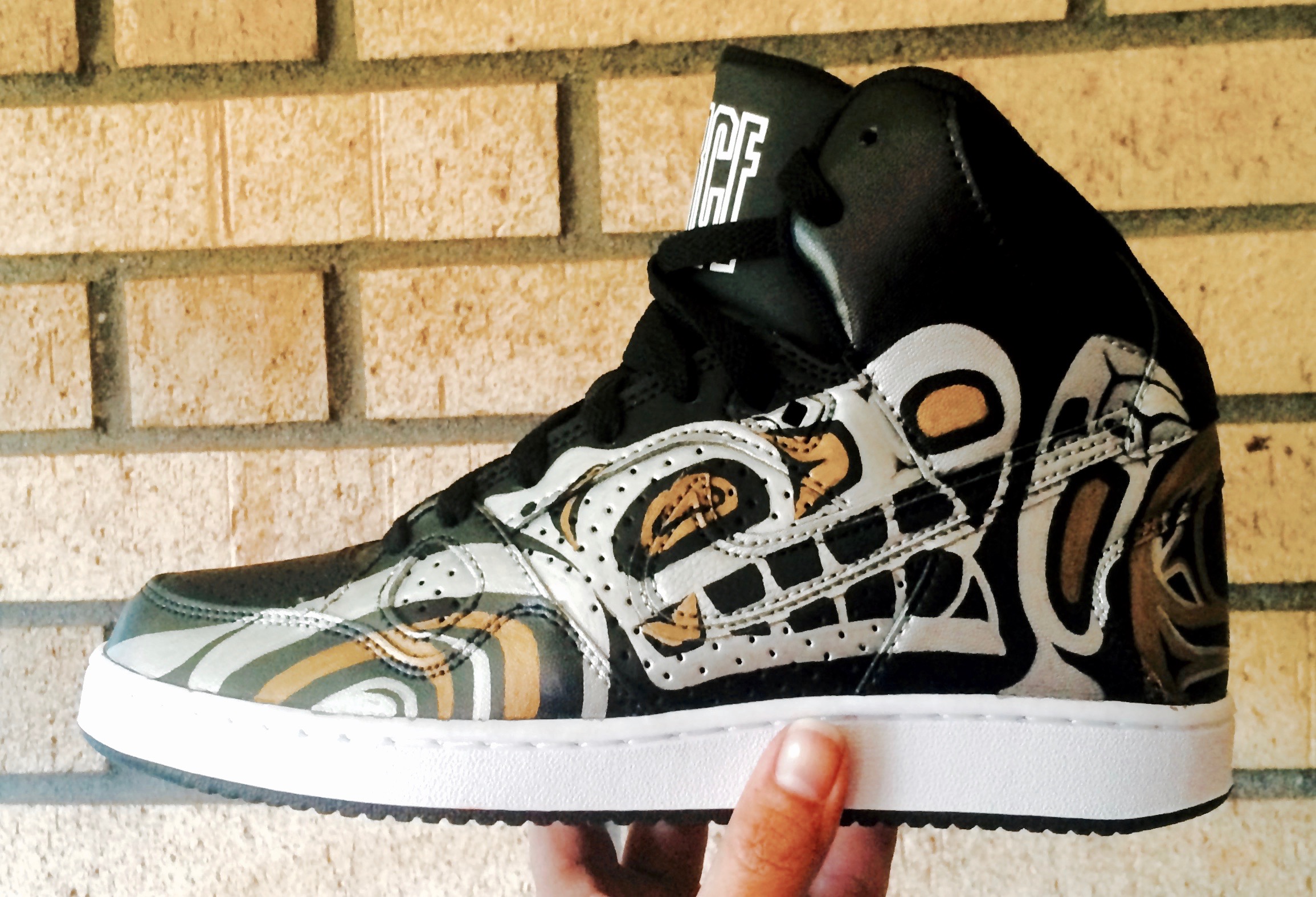 Energized by the Seahawks’ 2014 Super Bowl victory and the team’s Northwest Coastal Native-inspired logo, Segundo-Cunningham creates tank tops, t-shirts and hoodies that feature elaborate “12s” and intricate hawk heads that are inspired by her tribal identity. These are available online right now, in time for the Seahawks’ season opener against the Miami Dolphins on September 11. Fifteen years after America’s greatest collective tragedy since Pearl Harbor, Segundo-Cunningham notes that the “peaceful state of mind” in which she made her clothes will provide “much needed positive energy” while we’re fighting a hopeless war against the an omnipresent terrorist threat.

Sondra’s egalitarian sports apparel will work well when capitalism drives itself into a ditch and takes entrenched race and gender divides with it. Until then, popular disaster scenarios continue to mistakenly assume that social differences will be magically leveled in the future. The absurdist dystopia film The Lobster (2016) is set in the extremely white city of Dublin, Ireland, apparently as a way of sidestepping the question of how people of color will figure into the future. If it were up to our current mainstream cultural vectors, society would become a blank slate for mostly white, mostly male norms.

Angela Moorer isn’t having it. The founder and creative director of the online clothing retailer Afrobeatnik, Moorer says she started her Belltown-based store while feeling liberated by the natural hair movement in the early 2010s. She sees social upheaval as an opportunity for women to slough off the expectations of a male-dominated fashion industry.

“When Trump is elected president and society is in ruins, we’ll no longer have ritzy fashion shows and designer pieces to dictate colors, cuts and patterns,” Moorer says. She offers Afrobeatnik’s printed jacket or poncho with a time-tested tribal design to women worried about staying warm during nuclear winter; she suggests a resplendent brown cape “to women who are going for the whole there-may-be-a-Civil War-but-I’m-still-fabulous-look.” Moorer hopes her wares will help you stave off pneumonia for a few weeks but cautions that none of them are chemical warfare-proof. 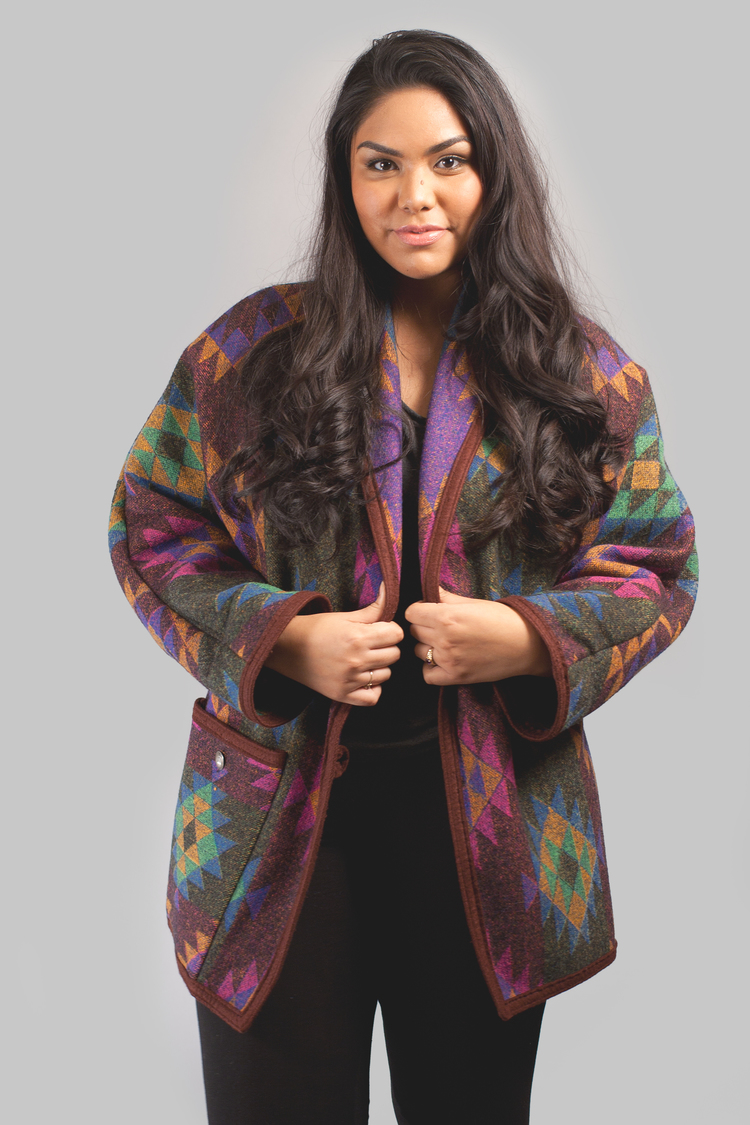 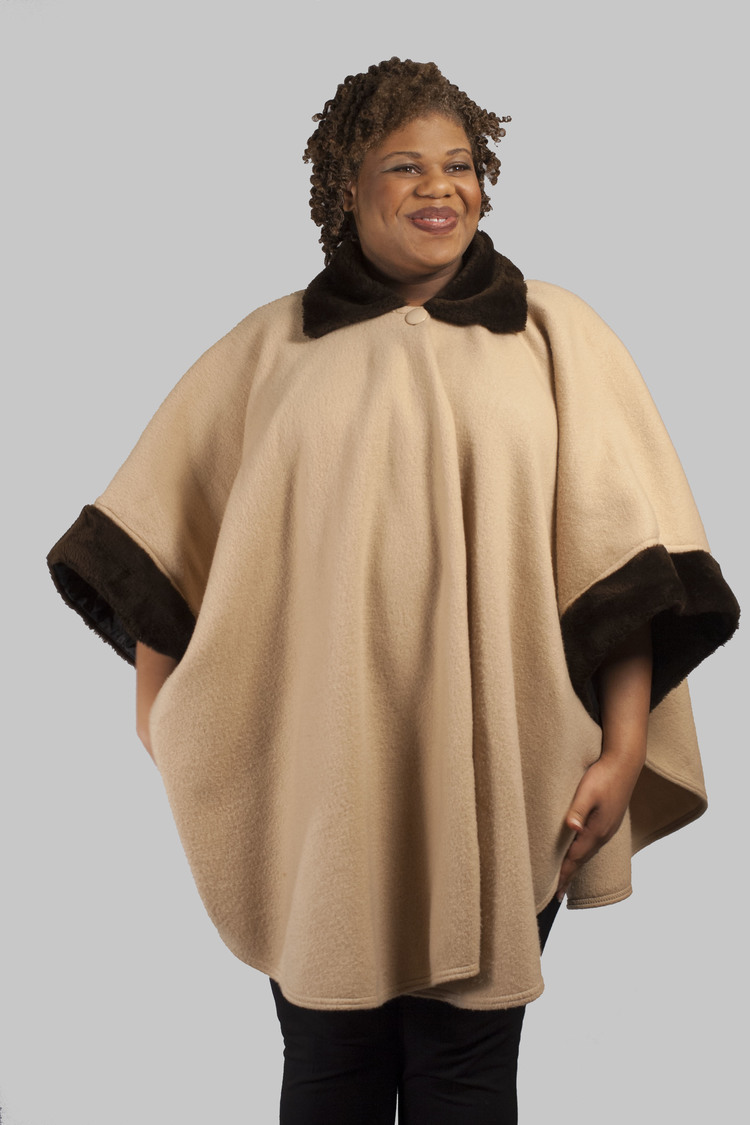 Meanwhile, at the Beacon Hill store Fiorvanti, mother/daughter team Mia and Wysdom Fiorvanti encourage consumers to think about their impact on the planet in the present and prepares them for the consequences. “When you buy a shirt at H&M or Gap, that $14.95 shirt costs so much more in terms of environmental devastation and human suffering,” Mia says. “It’s better to support locally produced goods which pay a living wage.”

The shop works with two individual seamstresses and a Seattle manufacturer to design clothing that is “on-trend but not trendy.” They make clothes that can be easily altered and can fit a full range of body types. Mia scoffs at disaster films. “When we see ads for these movies, people are incredibly underprepared and vulnerable,” she says. She prefers survivor movies that take place after catastrophes have happened and advises people to revisit their home-economics classes: “We’ll have to learn how to spin, weave, and sew to stay in style after the big one hits.” 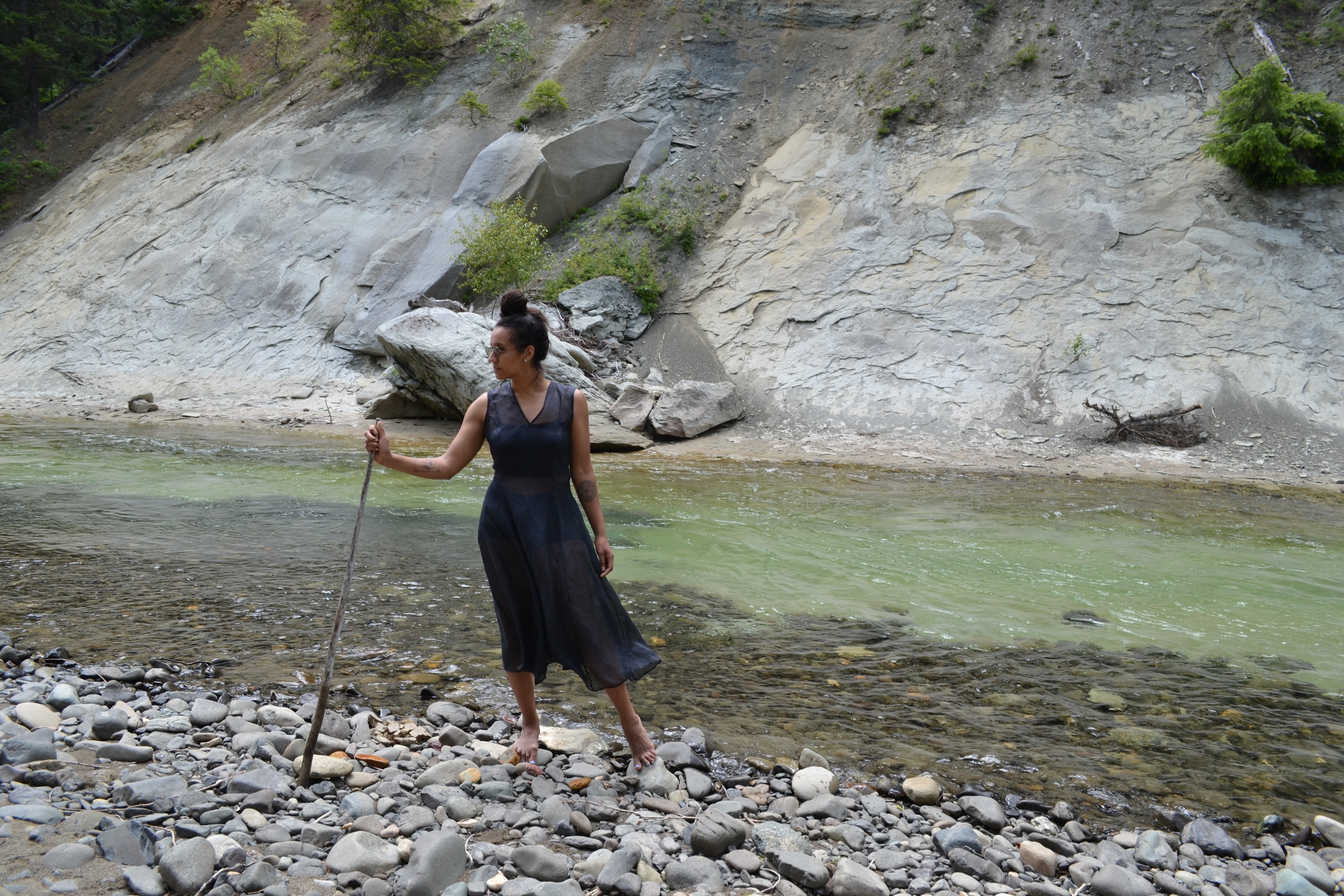 On a less tectonic level, Pioneer Square has been a fault line for divisions of race and class ever since the first white settlers made contact with the Duwamish tribe. In this neighborhood, Cat Wilcox and Chika Eustace’s operate a boutique called Velouria, which showcases independently made clothing and jewelry. The humble means of production behind the goods they sell will have a place in an economy that is less vertically integrated than the one we live in today.

“When cotton is harder to come by because the highways are destroyed,” Wilcox says, “our best bet might be the local label Lu, whose size 4-14 jumpsuit wont need to be tailored when you lose all that weight in the widespread famine.” She thinks that anything made of hemp will be a great option when we get to the other side of civilization, because it’s durable and needs less water and land than cotton to grow and process. To that end, she recommends Jessalin Beutler’s hemp-cotton tunics: “Hemp is an anti-bacterial material that will keep us both beautiful and safe in the end times.” 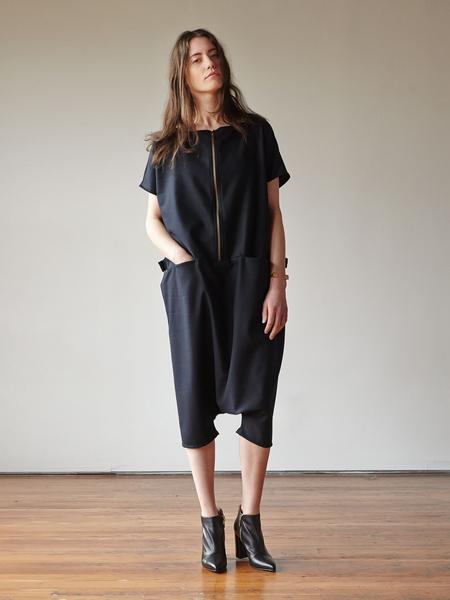 “In a lot of post-apocalyptic films, the clothing turns to a Dust Bowl-era look because the motivating catastrophe returns us to a time when people had to make their own clothing,” Wilcox says. Indeed, it was during the 1930s when the motion picture industry officially graduated from a carnival sideshow to a pop-culture stalwart; during the Great Depression, the medium helped Americans make sense of surreal and events. Seventy years later, Angela Moorer sees movies as a way of reinforcing ridiculous notions of sex appeal. “I would barely ever wear a strapless ensemble to hang out with friends, let alone fight crime,” she says. “What is Wonder Woman thinking?”

Seattle’s fashion mavens show us a world where clothes provide leverage to create the kind of society we’d prefer to live in, one free of oppressive divisions between old and new, Native and settler. Dystopic films dip their dreary scenarios in dark, depressing hues and election season sells us a distant moral proxy, but these women center style as a personal path to social justice. They subvert the very idea of this guide to post-apocalyptic fashion by suggesting what we can do to avert the apocalypse before it happens. “One must change outfits, and then change the world,” says Cat Wilcox.

Mia Fiorvanti agrees with Balzac that clothes are an expression of society. But she raises the ante with another of his quotes. “It is easy to sit up and take notice,” he wrote. “What is difficult is getting up and taking action.”

Images of Afrobeatnik’s jacket and cape courtesy of Angela Moorer.