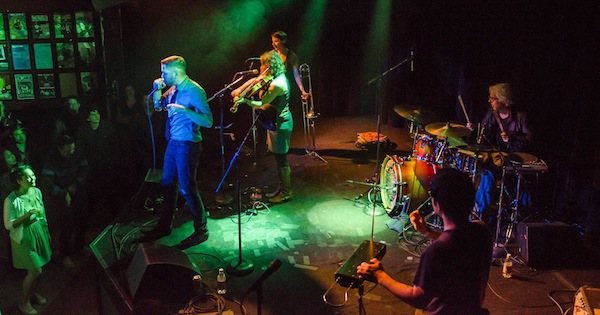 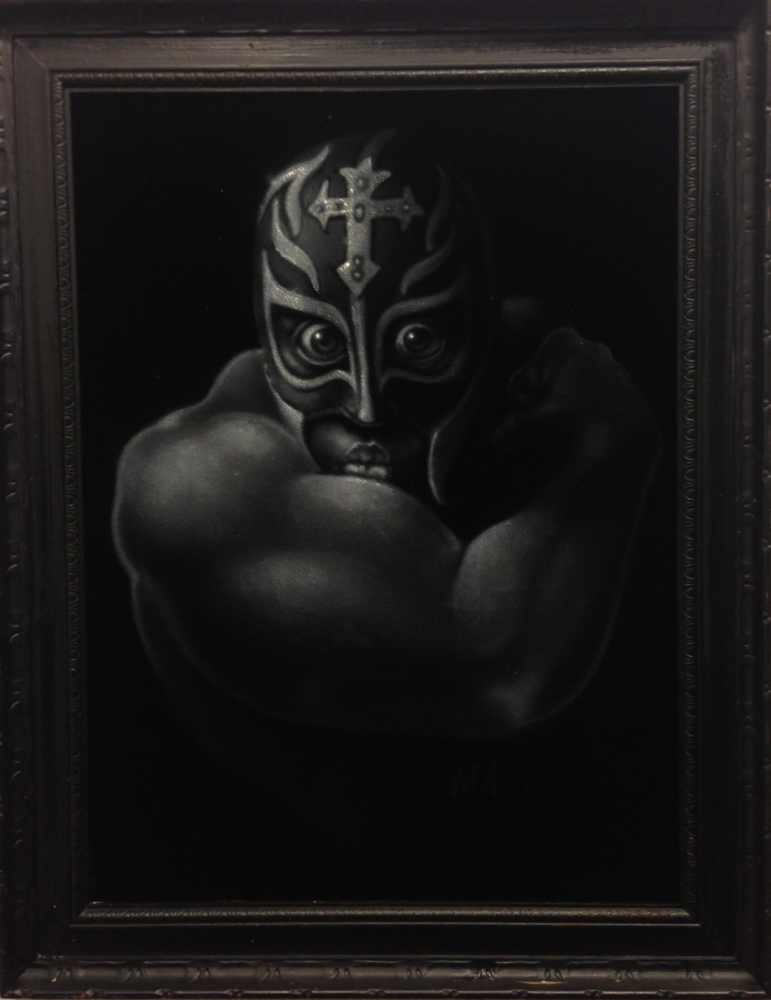 For a span of 17 years, 19 shows, 3 cities and over 500 participants, the Rock Lottery concert series’ only consistent quality has been an element of chaos. The long-running musical experiment, born in the small, college town of Denton, TX, will see its sixth Seattle iteration this weekend, and it will force 25 local musicians to split into five, brand-new bands and perform a concert after only 12 hours of existence.

Series creator and curator Chris Weber (who programs Bumbershoot’s arts content for his full-time job) has once again built a killer local roster featuring members of Gran Rapids, Low Hums, Industrial Revelation, “Awesome,” Atomic Bride, and many more. As the musicians gear up for the whirlwind process, which culminates in a Saturday night Crocodile concert whose proceeds will benefit the Washington Music Educators Association, we sat with Weber to ask about Seattle’s place in Rock Lottery history.

Let’s talk about that hat with the feather in it. All of Rock Lottery’s names have been pulled from the same hat for, what, 17 years now?
The Sacred Hat was donated to the cause by Good/Bad Art Collective member Heather Grace just before Denton’s first Rock Lottery in February 1997. It was her personal cowboy hat and, I am told, a high-end, expensive item. The Sacred Hat has indeed held over 500 individual names; from Seattle alone, it has randomly created bands featuring Reggie Watts, David Bazan, Tilson, John Roderick, Damien Jurado, Paul Rucker, Jen Wood, Spencer Moody, Sean Nelson, Bill Horist, J. Tillman and so many more.

Is the hat gross yet?
The hat has seen a lot, including being mauled by a dog in Brooklyn, but it is a fighter, a trooper and a rock’n’roll hero.

When you first moved to Seattle in 2003, why did you think it was important to establish a local Rock Lottery, as opposed to leaving it in your old art collective’s combined stomping grounds of Denton, TX, and Brooklyn, NY?
The first Seattle Rock Lottery took place at Consolidated Works in 2004. The Rock Lottery is first and foremost a scene-building exercise, and I think getting diverse people together to meet and collaborate is powerful and important no matter the size of the city.

How have Seattle’s Rock Lotteries compared to those of other cities?
Each city has its own cultural identity and also its own Rock Lottery identity. Denton is super loose and takes bigger risks. Seattle is more deliberate and calculated. Brooklyn falls somewhere in between.

There’s a lot of potential for weird combinations based on random draw, but have you ever considered changing the rule where each band must have at least one drummer?
For the 10th anniversary in Denton, we did mix all of the drummers’ names in with the other musicians and it worked fine, but I think it’s in the best interest of the event to keep the one-drummer rule intact. Once the bands go off to practice, they can do whatever they want. So if the drummer wants to play bass, that is up to them and their band to make that choice. We have had the drummer leave the kit and play harmonica, and we have had more than one person play drums.

You’re forcing strangers to become a band in only 12 hours. I’ve seen great Rock Lotteries as a result, but surely you remember at least one or two disasters or near-fails thanks to that time crunch?
Some bands have definitely been bigger successes than others, but even the failures are treated like successes by the audience, who understand what work and risk all of these brave volunteers put into that night’s entertainment. For me, the least successful bands are those that play it too safe; this usually takes the form of changing musical styles each song depending on which musician takes the front person role. I’m more excited when the participants can create a new, unified sound that still incorporates and highlights the uniqueness of the individual musicians.

Rock Lottery tradition involves some of the weirdest band names I’ve ever heard. What advice would you give to this year’s RL participants about picking a band name?
The best thing about Rock Lottery is that it is a one-night event. This band name can be stupid and funny and ridiculous and hopefully all of the above. Can I list some examples to get people started?

Sure!
Magic Johnson: The Gathering, The Pink Bullets, Return of the Don’t Talk Backs, Sextricity, and Carla Mae Jepsen. That’s just getting started.

Does Seattle have enough events like RL going on, or burgeoning groups that fondly resemble Good/Bad’s earliest years? Who here is carrying that sort of torch, if anyone?
Coincidentally, the same year Rock Lottery was created in Denton, TX, Seattle was debuting 14/48, which creates 14 plays in 48 hours, and other one-day film festivals spawned around the nation. Making art in a hurry must have been in the air and caught a strong intercontinental breeze.

Seattle has long been a creative place filled with risk-takers, and I get excited hearing tales of “Ze Whiz Kidz” in the ‘70s, “And/Or” in the ‘80s, and “Vital 5 Productions” in the ‘90s. It didn’t take me long after moving here in the early ‘00s to find artists that I felt a kinship with, groups like Sutton/Beres/Culler, The Typing Explosion, “Awesome,” PDL and so many more. The 2010s have continued this trend of collaboration with groups like The New Mystics and Interstitial Theatre. Events like 14/48, Rock Lottery and Genre Bender are important scene builders and creative incubators, and I hope to see more like them.