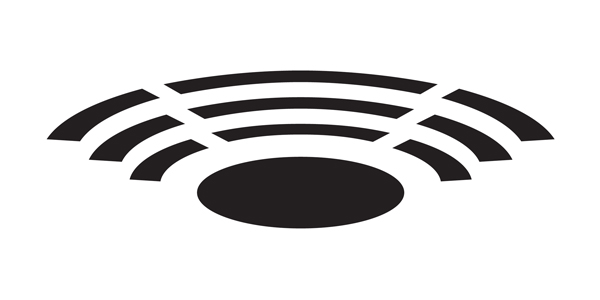 June 12, 2012: I don’t always love going to the theatre. My mind is too busy, too fast, and unless I’m completely beguiled by the majesty in front of me, I’m wondering how I can escape without causing too much of a stir. But I love to make theatre. To bring to life the unexplained. It’s like being high, like the peak of physical endurance, as if my brain has unraveled, produced fingers and is physically and mentally molding something of significance.

Two and a half years ago I moved to Seattle to be the associate producer at the Intiman Theatre. Within a year the theatre closed and I was scraping by on unemployment.

Then last summer I pitched an idea for bringing the Intiman back to life. I wanted a collective, an army of masters—people I admired, who were angry and hungry for more, the disgruntled, the mischievous, the anxious and the energetic, a motley group of middle children. From them would come the material for an annual summer theatre festival, performed by a repertory company of actors.

The nascent idea that seemed sensible last year is about to stand and march itself right into the theatre. And I’m terrified.

Why have I done this? To be busy, in the first place, to feel engaged, to feel what our ancestors must have felt when they put tool in hand and did things like, you know, plow a field or build a house. A grand undertaking, a challenge to measure your own strength, something bigger than yourself.

When you’re young, which I am, you think you can do anything. When you’re from the Midwest, which I am, you’re a workhorse. When you’ve worked in New York City, which I have, you get addicted to the thrill of a challenge—adrenaline, competition and diehard determination become part of your DNA.

Then comes the doing.

We are in our seventh week of rehearsing four shows at the same time with a cast of 17 actors. We have morning and afternoon sessions and are usually doing two or three rehearsals at once. Most shows rehearse for three weeks and then move on to tech. We’ll go a full two months between our first rehearsal and our first preview. This allows us to create an overall experience for our collaborators and audiences that’s  different than the in-and-out of a single show.

You can feel it in the bonds created by the cast, the depth of the work and how the lessons learned in one rehearsal room impact the work in another. We have Broadway and Seattle heavyweights and a ragtag team of newcomers together in the same room, frustrating each other and pushing each other in a delicious way.

The festival’s four directors—Valerie Curtis-Newton, Allison Narver, Dan Savage and myself—each approach very different works in very different ways. I’m directing the mighty Marya Sea Kaminski in Hedda Gabler, a sharp emotional thriller that takes place in less than 48 hours. These two days are the mountain peak, the boiling point of generations of decisions, defenses, mistakes and victories. Hedda’s final moment, the final decision—harrowing, heartbreaking and freeing—is in response to all of this. We’ve tried to swipe the dust off of the play with an efficient edit of the script and a bit of levity where it can be afforded, and have uncaged Hedda with choreography by Olivier Wevers.

June 17, 2012: Sitting in the theatre for our first rehearsal in the space, I watch this cast shake to life Jen Zeyl’s mammoth playground of a set. They are in the thick of it now—an actor just told me his brain may be tapioca at this point. But I can feel it, their trust and love for each other on stage, and it clearly impacts the work. I’m hoping this marathon experience will make everyone stronger than we were before.

I live in exile. I love Seattle deeply, but wonder if the time will come when I don’t feel like an outsider in this outpost on the corner of the continent. That’s OK. I’ve learned to harness my point of view as an outsider and embrace often being the dissenting voice. Dissent can be difficult, but it wakes us up.

Seattle is a beautiful, peculiar, transformative and moody place. (Just think of your honest inner monologue when it’s June and you have the heat on, wrapped in a raincoat, and then think of the end of September when you think God himself was born, bred and buttered in the depths of the Puget Sound.) But it isn’t always an honest place. Deciphering what people really think is an arduous obstacle course performed daily by those caffeinated enough to try.

This year, Intiman is the comeback kid, and we’re all waiting to see what will happen. I hope this doesn’t sound as if we’ve figured everything out at the theatre—we haven’t. We are remaining true to the past 39 years of Intiman, but this festival is something new. We’re learning along the way.

It’s a matter of producing theatre with no apologies. Sometimes the risks will pay off and sometimes they won’t. But it’s healthier to try—soaring or soaked—than to sit comfortable and cozy in an overly cushioned chair.