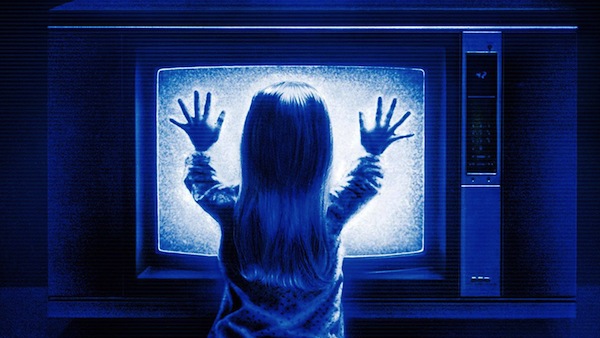 Is bobbing for apples still a thing? When I was a young boy, there were three activities that were synonymous with Halloween: dressing up in costumes, trick or treating and bobbing for apples. I understand how the first two activities came about—they’re really fun to do. The appeal of bobbing for apples, however, will forever be a mystery to me, because bobbing for apples is a Sisyphean ordeal that involves repeatedly dunking your face into a hellish cauldron until you pull up an apple with your teeth. Your shirt gets wet. You get water in your eyes and up your nose. The water becomes filthy with everyone’s collective face juices. And if by some miracle you actually succeed in hoisting up a piece of wet fruit, your prize is a piece of wet fruit. How did we ever let this happen to America’s children?

Fortunately, I’m an adult now, and the best thing about being an adult is getting to choose your own damn Halloween entertainment. All of these awesomely spook-tastic, late-October activities are more fun than wet fruit in the face.

The Cabiri Present Ghost Game IX: Dead Gods
This should prove to be a very sophisticated evening of chilling horrors. It’s contemporary dance! It’s aerial acrobatics! It’s storytelling! Delicious desserts will be served! Ancient gods will be killed before your very eyes! And, after the god-killing, there will be a costume contest.
Youngstown Cultural Arts Center, October 23-31

Ian Bell’s Brown Derby Series: Poltergeist
The Brown Derby trades in “ridiculously staged readings of your favorite screenplays.” As it so happens, Poltergeist is one of my favorite screenplays ever. So many classic lines, like “look out for that poltergeist!” and “I’ve had it up to here with this dang poltergeist!” This loose, fast-paced and very popular show will stick about as close to the actual script as I just did.
Re-Bar, Oct. 22-25

Wine Shots
Seattle’s oldest and only-est all-female comedy variety show is going full-on Goth this month. The Craft/witchy theme. Michael Bolton cover band Lightning Bolton will cover the Cure. And when they pass you your complimentary wine shot, you can pretend it’s BLOOD. If that’s your thing. If you haven’t checked out this marvelously goofy show yet, this month would be a great time to jump on board.
Rendezvous Grotto, Oct. 25

Campout Cinema at EMP: ALIEN!!!! [Emphasis added by the author]
I saw Alien for the first time late on Halloween night when I was 13, alone in my dark basement. That was a bad idea; I didn’t sleep again until 1997. But going to see this sci-fi horror masterpiece on the gigantic Sky Church screen while drinking alcohol and eating snacks is a very, very good idea. Make sure to go with your obnoxious friend who grabs your leg whenever scary shit happens. 21+
Sky Church at EMP Museum, Oct. 30

Mad Scientist Cabaret
Evelyn Dehais and Zane Exactly bring some of their super-weird puppet weirdness to Capitol Hill’s beloved Annex Theater. I don’t know what they have planned, but I can assure you of this: there will be crazy puppet monsters. They describe this show as a “journey into insanity that walks the line of horror and humor.” I’ve seen their stuff before: It’s totally nuts, but skillfully done. This is the kind of show that makes you think what the hell did I just watch? But, you know, in a good way.
Annex Theater, Oct. 30-31

Halloqueen’s Halloween Ball
It’s a Queen cover band. It features members of Goodness, Flight to Mars, Into the Cold and Strong Suit. It’s at the wonderful Tractor Tavern. Band member Chris Friel says they’re going to play “the BIG Queen hits from ‘Someone to Love’ and ‘Another One Bites the Dust’ to ‘Bohemian Rhapsody.’” Plus, they’re totally into Halloween. Yeah, that sounds like about as much fun as can possibly be had. [Featuring the Electric Landladies.]
Tractor Tavern, Oct. 31

Short Run Comix and Arts Festival
This event will allow you to multitask your Halloween for maximum eventfulness. Before you check out a late night show, you can go hang out with some of my weird indie comic artist friends. They’ll be displaying and selling their self-published inky creations, dressing up like obscure comic book characters and hawking fun little artsy trick-or-treat items. It’s child friendly, but the gang from the Intruder is going to be there, so… beware. [Also: afterparty!]
Fisher Pavilion at Seattle Center, Oct. 31

Decades Cover Night//Halloween Party
My millennial friend Emalie recommended this one to me (I swear she exists!). Using nothing but emojis and acronyms, she conveyed that this all-ages rock show features lots of awesome Seattle bands covering “oldies” music. You know, stuff like At the Drive In and MF Doom.
Black Lodge, Oct. 31

Troll-o-ween
This Fremont tradition sounds like a child-friendly version of an old-fashioned Pagan blood rite. Folks gather around a grotesque statue wearing bizarre outfits. Food is prepared, music is played and a procession begins. Eventually, the festivities conclude when a non-believer is stuffed into a giant man made of wicker and the whole thing is burned to the ground while screams of agony echo into the…wait, I said “child-friendly.” There might not be any conformity-gone-mad-murders at this crazy event, but it still sounds like the closest you can get to a deeply spiritual Halloween celebration.
Fremont Troll, Oct. 31