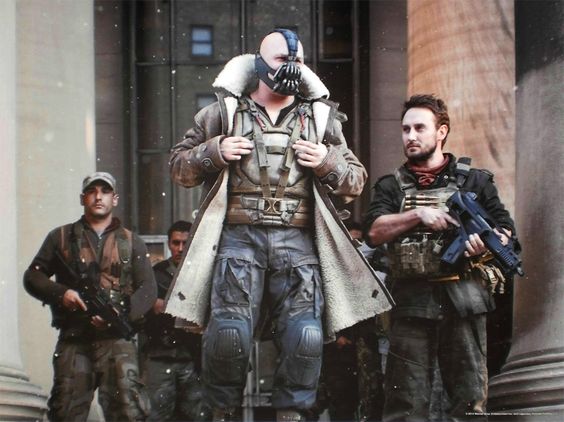 Seven days of observing President Trump’s showy affront against democracy has almost been enough to make one reminisce fondly on George W. Bush. For much of the 2000s, the shadow world of the Deep State was invisible. Twitter didn’t launch until 2006, which was the same year Facebook added its “News Feed” feature—meaning the media landscape for much of the Bush II years was effectively that of the late 20th century, before the 24-hour feedback loop of social media. The relative secrecy of Bush’s maleficence enabled a kind of comforting anonymity. News consumers might’ve felt outrage, but they were never completely suffocated by the events unfolding in their name.

It isn’t so much that times changed, it’s that our tools did. The Republican Party of the 2010s is still the raging force of anti-liberalism that it was in the 2000s. Vice President Mike Pence first sewed his oats as a prophet of austerity by making post-Katrina New Orleans a neoliberal playground for oil companies and charter schools. With one regressive executive order after another—curtailing the Affordable Care Act, banning refugees and selling America’s national parks—the GOP’s governing philosophy still adheres to what Naomi Klein called the shock doctrine: the aggressive institution of political changes at such a bewildering pace that the public has difficulty keeping up. The main difference between the 2000s and the 2010s is that we have the ability to watch it all unfold in real time.

“Take a step back and witness the spectacle of American democracy,” journalist Lester Holt advised during the NBC News broadcast of President Trump’s inauguration. Indeed, even before Trump’s inauguration speech was finished, the archaeology of its fascistic architecture had been unearthed for all to see on Facebook and Twitter. Users observed that Trump was quoting the Ku Klux Klan, Mussolini and the super-villain Bane from The Dark Knight Rises. Watching White House Press Secretary Sean Spicer’s desperate attempts to inflate the inauguration’s television ratings, one was reminded of Guy Debord’s words in his 1967 book Society of the Spectacle: “The spectacle is the ruling order’s nonstop discourse about itself.”

The society of the spectacle is awash in more images than Spicer can control. After one week of living in Trump’s America, the overwhelming sensation is fatigue—not from resisting but from watching. Saving stacks of links and articles that we tell ourselves we’ll read later; staging comments-section arguments; switching browser windows at work and refocusing after every interruption; the repetitious act of reloading Facebook or Twitter, then thumbing through until you get to the post you first saw when you opened the app, only to auto-scroll to the top and begin the process again. The lies and threats flowing from the Trump administration are incessant, so the opposition’s counternarrative can’t take a break. And we consume both. With Internet addiction a growing field of psychiatric research and the demonstrated link between overconsuming news and declining mental health, we feel the impact of the shock doctrine politically and personally.

“When we act, we create our own reality,” a Bush II operative told journalist Ron Suskind in 2004. “And while you’re studying that reality, we’ll act again, creating other new realities. You will be left to just study what we do.” But what does it mean to study something—an alternate reality, as it were—that doesn’t actually exist?

Researchers have revealed that the intimate lies of a distant ruler scramble the brains of authoritarianism’s subjects. Teen Vogue writer Lauren Duca wrote in December 2016 that Trump “gaslit” his way to the presidency by making citizens and the media question the ontological solidity of reality itself. Since then, Trump has continued the tactic, lying about the authorship of his inauguration speech (Steve Bannon wrote it), and about increased violent crime in America’s inner cities (it is not increasing). In a sense, Trump’s torrent of untruths is the psychological correlative of the shock doctrine: Of 10 executive orders, maybe three or four are enforceable, so Trump issues as many as possible and lets Congress sort out the rest. Of 100 lies, 30 or 40 are unconsciously absorbed as truth. The liar and the leader both find value in volume.

In the landscape of what Jodi Dean called “communicative capitalism,” lies and policies merge into a double helix. “Communicative capitalism,” Dean writes, “designates that form of late capitalism in which values heralded as central to democracy take material form in networked communications technologies.” The massive Womxn’s March notwithstanding, revolt, protest and the lauded act of “speaking truth to power” take place largely online. Likes are equivalent to votes, shares equivalent to endorsements, and we hope the massive investment of time online will swell into some kind of real-world triumph, which we will then re-circulate online. As the twin towers of lies and policy reinforce the Right, the Left risks being marginalized between online outrage and online truthtelling. Under communicative capitalism, Dean continues, companies like Facebook and Twitter “capture creativity and resistance so as to enrich the few as it placates and diverts the many.”

I joined Facebook on Election Day 2004 while watching election results trickle in. After setting the same password I use on Facebook to this day, I switched windows to CNN’s website, where I began summarily abusing the refresh button to keep track of the votes pouring in from the Rust Belt. I’ll never forget days later, watching George W. Bush—a narrow victor over John Kerry thanks to a couple of malfunctioning Diebold machines in Ohio—bragging to reporters. “I earned capital in the campaign, political capital,” Bush said, “and now I intend to spend it.” With a dubious electoral victory and GOP control of both houses of Congress, Trump is as flush with political capital as Bush was 12 years ago.

But if the Great Recession taught us anything, it’s that capital can be worthless. Like the mortgage-backed securities and collatorized debt that dragged the country into recession, Trump’s political capital may be comprised of nothing real. He can claim only 27% of the eligible voting population, the backing of a party that champions voter suppression, a worldview built on personal insecurity, and a governing philosophy based on greed and repression. Viewers fixate on the image of Melania Trump’s apparent unhappiness at the inauguration because it suggests that the spectacle of accumulated wealth and power is not enough to erase its underlying emptiness. If, as Guy Debord says, “spectacle is capital accumulated to the point that it becomes images,” we have reason to suspect that Trump’s presidency is headed for bankruptcy. It wouldn’t be his first.