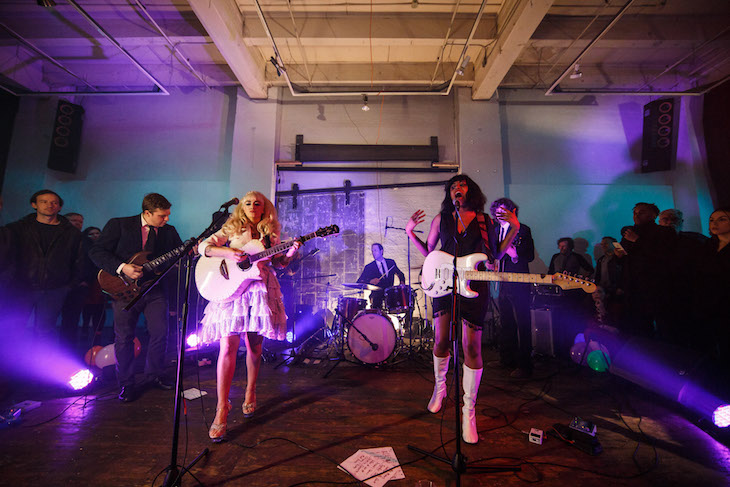 Two worlds collided on Feb. 10 when Prom Queen and the Black Tones—two of Seattle’s most vibey bad-ass rock bands—performed a conjoined set at the Piranha Shop in Pioneer Square. It was the fourth installment of City Arts’ Band Crush series, in which we pick a band we love who picks a band they love and both bands play together, and the grand finale was one of the most momentous, chill-inducing collabs we’ve yet seen. You gotta see it to believe it, which you can do below.

Before you get to the musical goodness, check out the group interview with Prom Queen’s Leeni Ramadan and the Black Tones’ Eva Walker, wherein the two dish on each other’s music, the secret to an unforgettable performance and the value of high-fashion footwear.

Special thanks to the bands, stage techs, volunteers and sponsors who make Band Crush possible. Stay tuned for the next installment, with a lineup TBA, coming to the Piranha Shop May 12.

All video shot and edited by TK McCarty.