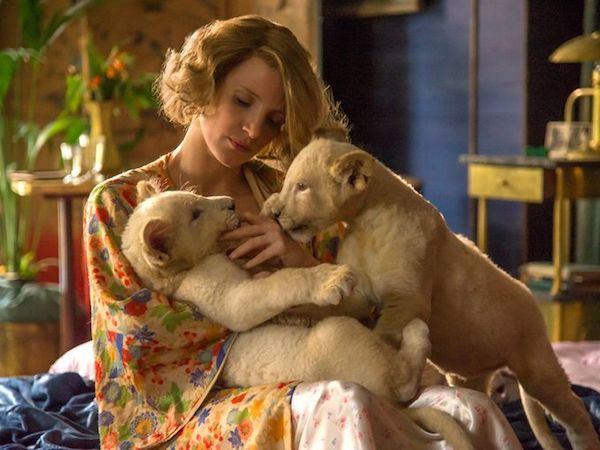 Social awareness has always been a priority throughout the Seattle Jewish Film Festival’s 22-year history. But between the horrific recent rise in anti-semitic hate crimes and the White House’s decision to completely bypass any mention of Judaism or anti-semitism in its official International Holocaust Remembrance Day statement last January, the festival’s never felt more relevant.

SJFF’s programming has frequently tackled anti-semitism and the Holocaust head on. This year is no exception. But the best films of the 2017 iteration of the Seattle Jewish Film Festival find fresh, involving wrinkles in the above subject matter, and several are as celebratory and accessible as they are socially aware. Below, please find our must-see picks for the 2017 Seattle Jewish Film Festival, which runs from from March 25 through April 2.

Harmonia
This modernization of the biblical story of Abraham follows a conductor, his harpist wife and the French horn player who serves as surrogate mother to their prodigy son. Don’t let the melodramatic premise put you off: Director Ori Sivan’s family saga is shot with elegant European-informed artistry, well-acted from stem to stern, and an absorbing backstage melodrama. And like last year’s opening-night film (the Natalie Portman-directed A Tale of Love and Darkness), Harmonia will look stunning on a big screen.

The Last Laugh
This documentary, an ostensible examination of whether jokes about the Holocaust are ever appropriate, meanders a bit, but it’s chock-full of funny and thought-provoking chat from a gallery of comic minds including Mel Brooks, Sarah Silverman and Gilbert Gottfried. Most movingly, actual Holocaust survivors weigh in, and their differing opinions on the topic are sometimes surprising.

The Zookeeper’s Wife
Ryan Caro’s fact-based period piece starring Jessica Chastain as an everywoman World War II hero was unavailable for screening, but the SJFF has this positively-buzzed-about drama almost a week before it begins its limited theatrical run, and it’s pretty much genetically impossible for Chastain to give anything less than a great performance.

Shalom Italia
This lean but immensely worthwhile documentary follows three Italian-Jewish brothers, now in their 80s, as they search for the Tuscan cave where they hid during the Nazi occupation of Italy. Director Tamar Tal Anati has crafted a doc that’s a compelling character study of how differently three siblings are affected by the same adversity.

The Women’s Balcony
There’s a hint of Lysistrata in this charming dramedy about several women raising money to replace the recently collapsed balcony in their synagogue, amid friction from an ultra-orthodox interim rabbi. Director Ben Shimon and screenwriter Shlomit Nechama create an ensemble of likable, well-rounded female heroes, and their conflict with their religion’s inflexibilities is delivered with a surprisingly light, clever and universal touch.

Keep Quiet
For my money, this doc about Csanad Szegedi, an anti-semitic Hungarian politician who discovers there’s Jewish lineage in his family, is one of the festival’s strongest features, nonfiction or otherwise. It’s a compelling examination of the forces that compelled Szegedi’s about face from racism to Orthodox Judaism, and just how much (if any) sincerity accompanied the transformation.

To see the complete schedule or buy tickets, visit www.seattlejewishfilmfestival.org.