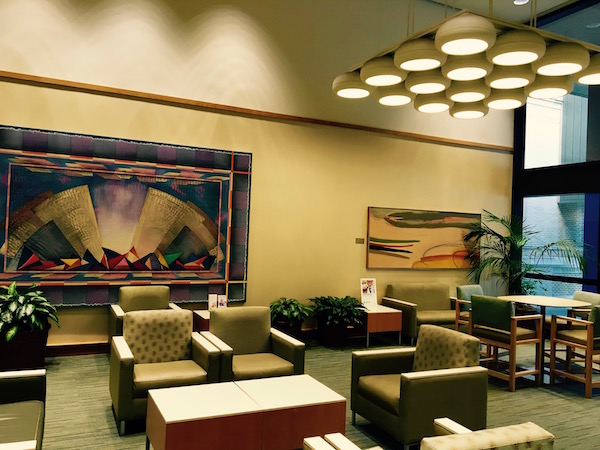 Last month, my mom sent me an ominous text. It contained the usual updates on the weather in Yakima and what she and my dad had been up to. Also included, kind of in the middle: “Pop has pneumonia and is on meds and is doing fine, just not 100%.” Then she went back to the latest travel itinerary. My thoughts were: “Jesus, pneumonia? I think that’s bad. Eh, I guess he’s doing fine, though,” and I went back to my usual routine. Over the following three weeks, I got a series of increasingly worrying updates. The “pneumonia” wasn’t going away, but my Dad was toughing it out. He was on steroids for a week, which seemed to be working. My parents thought it would be fine if they went to Alaska. It was not fine.

By the time they got home, Pop was drowning in his own lungs. The doctors in Yakima had no clue what was going on. Now, they weren’t so sure it was pneumonia. Last Tuesday my parents were advised that if things got any worse, they should transfer my dad to Virginia Mason in Seattle. I booked a Greyhound ticket home. The next day, mom and dad drove to Seattle and checked in to Virginia Mason. So, I guess where I’m going with this is, I basically flushed $40 down the drain on that bus ticket. Just my luck, right?

I’m going to try to keep this light, but this last week was pretty horrifying. The time spent imagining my father’s struggles (my imagination tends to skew dark), the time spent sitting next to him while he had a giant, noisy apparatus cramming oxygen into his starved lungs. I know I’m not alone here—if we’re lucky, we live long enough to see our loved ones in tremendous pain. That’s how life works. But the past nine days have been an actualization of my most vivid nightmares, except I didn’t get to wake up and go “Oh, thank God! Back to the standard, accepted levels of anxiety!”

Although I saw my dad every day, I still had to go about my life in some simulacrum of functionality. Like so many people, I rely on a job to provide me with money to pay for things that I need. I can’t do this while in a constant state of doom-throbbing panic, which is my natural setting in an emergency. Fortunately, there were a few things that helped me adequately fulfill my duties as an employee and family member.

Virginia Mason, the best hospital in all the land.
My last major experience with a hospital was when I got hit by a car during a freak March Seattle snowstorm and was carted off to Harborview. It was a night filled with terrible accidents, of which mine was the most minor. Therefore, I got the distinct feeling that I was lucky that the doctors didn’t just slap a brace on my broken leg, carry me outside and drop me in a snow bank. I don’t blame them, but it was a pretty unpleasant experience. Virginia Mason, on the other hand, is a place that I hope to be able to miss, if you catch my meaning. It’s housed in an old, no-frills beige building on Pill Hill, with lobbies that look like the hotel from The Shining—lots of ’70s mustard yellow, stubbornly non-ergonomic furniture and unspecific art. It doesn’t look like much, but it is a goddamned beacon of hope. Here are the things I liked about it the most, in ascending order.

3. The movie selection
I was fully prepared to cut the VM DVD collection down to size, but they actually had some pretty good stuff! My folks got to watch Roman Holiday, which is one of the best movies of all time, and a not-completely obvious inclusion. That said, I do take issue with one title in particular. Million Dollar Baby is a good film and, as the pamphlet says, it is indeed about a “determined woman who works with a hardened boxing trainer” to become a great fighter. Problem is, the twist ending (spoiler alert!) totally involves a guy mercifully pulling the plug on someone in a HOSPITAL BED on LIFE SUPPORT. It’s kind of like showing Alive on a plane.

2. The cafeteria
Look, it’s a hospital cafeteria, so I’m not going to tell you it’ll be getting a Michelin star any time soon. But like every other realm of Virginia Mason, it’s staffed by wonderful people trying their damnedest to make you happy. Here’s an interaction I had with the fabulous lady who works the grill:

GRILL LADY: So what can I get you?

ME: Can I get a grilled cheese sandwich with tomatoes?

GRILL LADY: Sure can! You want those tomatoes grilled?

ME: Is that good?

GRILL LADY: Some people think it makes them too smooshy. But if you ask me, once you go grilled, you never go back!

GRILL LADY: Heck yes you can! Woo! (She said “Woo!” as she spatula’d the bacon onto the bread.)

1. The nurses
Nurses are the greatest people in civilization. An estimated 20,000 nurses cared for my dad over the last week and every single one of them was caring, attentive, blandly funny (this is essential) and a testament to the potential for human salvation. These are people who are legitimately passionate about helping people, and not in a vague, “I’m making people happy” sort of way, which is what comics like me tell themselves when they’re drunk. Nurses are actual, full-blown heroes, casually walking around amongst us.

Comedy
Half the people in my Facebook feed are comedians. That means I get to read a constant stream of posts and articles about the power of comedy to inform, upset, or affect positive change. But the greatest power that comedy has is to distract. We should never forget that comedy is first and foremost a salve. Beyond the lofty crap like political and social satire, comedy is fundamentally about making us laugh, and laughter is the enemy of misery. If not for the hilarious podcasts that I listened to en route to the hospital (With Special Guest Lauren Lapkus, How Did This Get Made) and the TV shows I binged on before trying to sleep (Comedy Bang Bang and Broad City in particular) I would’ve been living in a perpetual state of fear and unease. I’ve been a comedy practitioner for over a decade, but I never fully appreciated the value of the medium until last week.

Alcohol
I think I heard somewhere that drinking alcohol to excess can have negative health consequences. I’m not a doctor, so I cannot confirm or deny that, but I can say that alcohol is essential during a family health emergency. I was absolutely not going to get any sleep without some sort of chemical assistance, and none of the nurses were willing to covertly hook me up with some Ambien.

As of this writing, my dad, Eric Vogt—veteran, retiree, killer tennis serve—is home in Yakima. He’s still on oxygen, but steroid treatment seems to have put the really scary stuff in the rear view (*furious wood knocking*). Doctors still have no idea what’s wrong with him. His nickname around the hospital is “Enigma Man.” The biggest mystery to my dad right now, however, is whether or not he’ll be able to drink again. I couldn’t be happier that this is currently the greatest concern.