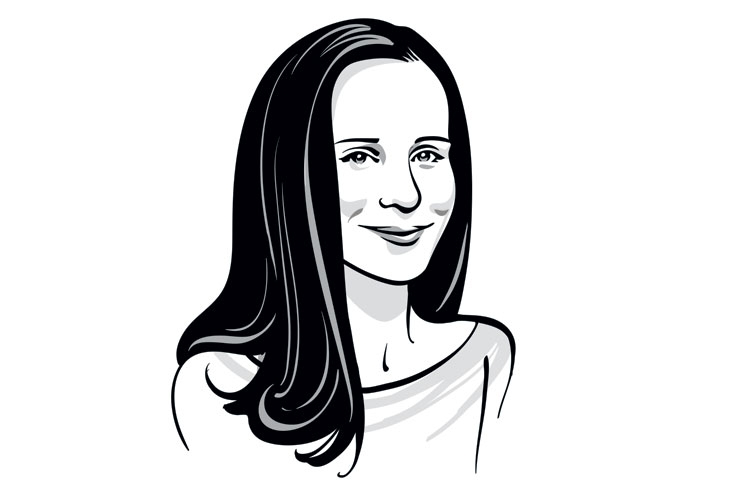 As a curator, Emily Zimmerman takes serious pleasure in saying yes to artists. Yes to melting 160 pounds of lemon yellow taffy on the gallery floor for an installation. Yes to students dumping gallons of paint on said floor. Yes to live painting made with human hair, freshly shorn and sopping with dye, in front of a rapt audience. After working two years as associate curator of programs at the University of Washington’s Henry Art Gallery, last year Zimmerman moved across campus to take over as director at Jacob Lawrence Gallery, where her tenure to date has been cyclonic, spurred by the challenging political climate.

You’ve been on a curatorial track from the beginning of your career. What caused you to want to get into curating?

I became curious about curating through my undergraduate work in visual studies at NYU, as I was thinking about the dynamic ways that attention can be shaped and reshaped. Svetlana Alpers’ “The Museum as a Way of Seeing,” Brian O’Doherty’s Inside the White Cube and John Berger’s Ways of Seeing were formative texts for me. After that, I began reading the philosophers of embodiment—Merleau-Ponty and Bergson—and became interested in the ways that exhibitions created a space for embodied exploration that preceded language.

That confrontational, visceral, in-body experience has been present in a lot of the performances accompanying your exhibits. Like Margie Livingston’s “Artel,” where she and assistants dragged a heavy painting from the UW Light Rail Station to the Jake for the closing of the exhibit Material Performance. How does this kind of thing tie into your overall strategy?

The Jake’s mission is three-pronged: education, social justice and experimentation. When I landed at this school and looked around, saw what was going on with the art history program and an incredible graduate art program, I considered how this school could fit into the larger art landscape nationally. [The Jake] seemed like a space in which those multiple constituencies could be brought together.

How have you tackled that on a practical level?

We host critical art writing groups, Wikipedia edit-a-thons to redress omissions of female-identifying POC artists, Indigenous artists and other underrepresented groups. In February we released our first issue of Monday, a publication of art writing.

Why is art writing such a focus for you?

The big platform for year one has been supporting art writers. It’s something we’ve been struggling with nationally, supporting journals and writing about art. It’s so important to support art criticism as a forum for debate about practices, values, coming to terms with where we are.

Is Monday looking primarily to artists and students to write, or more established voices?

It’s ultimately flexible. It will be published twice a year. I think the final page count came to 136 pages. Some are reprinted articles, newly commissioned essays, new writing by faculty, from grad students to professors.

Another thing that stands out is that you took this position just as the world was shaken politically. How did that shape your programming?

My first day at the Jake was Jan. 19, 2017, right before the inauguration. The first exhibit I put together was Untold Passage, that dealt with immigration, poetry and the untold narratives of immigration. Art criticism has been used as a vehicle for political resistance for a long time. It’s a huge topic that goes back to the Renaissance and I think one of the reasons art becomes highly scrutinized in politically tumultuous times is it can be a great change agent, and that’s something that becomes a fearful weapon for some. Look back to the culture wars of the ’80s and the NEA coming under attack; it wasn’t really a surprise when the NEA came under attack again in the first few weeks [of Trump’s presidency]. It should be noted the NEA supported C. Davida Ingram’s exhibit A Book with No Pages with an Art Works grant. It was the first NEA grant of its kind to be awarded to the School of Art + Art History + Design at the UW.

Three years in, has working in Seattle shifted the way you think about the arts on a larger scale?

In terms of the national debate about equity, Seattle is really setting a tone and a lot of colleagues around the nation are looking to Seattle for pointers. I feel proud to be working in this context and learning from the extraordinary community that’s here. I’m excited to dive deeper.

A Book with No Pages is on view through March 13. Upcoming exhibitions include new work by Megumi Shauna Arai and a collaboration with Onyx Fine Arts Collective.