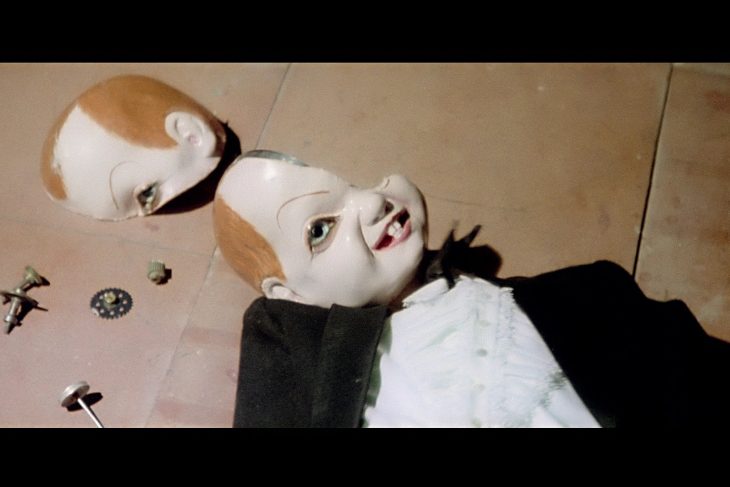 I’ve always been inexorably drawn to horror movies, partly because they’re the cinematic equivalent of punk rock. Like a two-minute, three-chord ripsaw blast of punk, an effective horror movie is an irresistible combination of thrill ride and button-pushing provocation.

It’s horror’s ongoing pursuit of the latter that’s put it at the center of controversy throughout cinema history. That sense of danger and recklessness has always enchanted me, but it also furthers the genre’s image among non-fans as sensationalistic, nasty junk devoid of any significance or deeper meaning.

To be honest, few horror movies intentionally touch on important societal issues in the way Get Out confronts racism or It Follows examines mortality and human intimacy. But there’s no more cogent barometer of what’s going on in society than what terrifies, titillates and offends it at any given moment. And often, even a look back at older horror movies provides a fascinating mirror to the issues pressing at us here and now. The films in Terrore Giallo!, an eight-movie series beginning at the Northwest Film Forum today, are required viewing and profoundly uncomfortable, due in large part to their violent treatment of women.

The term Giallo, Italian for “yellow,” refers to a specific sub-genre of Italian screen thrillers inspired by traditional pulp mystery novels à la Agatha Christie and Edgar Wallace (the covers of those paperbacks being yellow in color). Gialli proliferated between the mid-1960s and the mid-1970s, filtering standard whodunnit plots through heavy washes of psychedelic style and color, feverish imagination and a laundry list of neuroses and fetishes. The sub-genre is also characterized by elaborate scenes of murder and sadism, a reflection of both increasing societal tolerance and machismo pushback against the feminist movement at the time. The black-gloved, shadowy killers in Gialli frequently and pointedly direct their violence at women.

I’ll confess that I’m a huge fan of the Giallo films. The best of them are exhilarating cinema—artistic, dreamlike visions rife with sensory-overload, memorable scores by the likes of Ennio Morricone and Bruno Nicolai, unbearable tension and breathtaking technical virtuosity.

I’ve always had the luxury of viewing these films from the comfortable vantage point of a heterosexual cis white male. Sheltered from gender subjugation by my privilege, I’ve been able to turn a blind eye to the sub-genre’s eroticizing of violence against women. But the recent light cast upon sexual politics, and the terrifyingly frequent stories of powerful men harassing and assaulting women, have forced me to look at the Giallo sub-genre (and by extension, my acceptance of its excesses) with a more probing eye.

I’ll never be able to view Giallo films from a woman’s perspective, but I’m a lot more cognizant than I used to be of the excesses that filmmakers wielded making these films. Some filmmakers exploited those excesses with a carnival barker’s crude cynicism; others used them to bluntly, even empathetically, address society’s mistreatment of women.

Most of the Gialli in the Film Forum’s series show the sub-genre at its most varied and empathetic toward women. For example, the most brutal murder in director Lucio Fulci’s 1972 Don’t Torture a Duckling (screening Nov. 29) is inflicted on a woman, but Fulci’s empathy for her is palpable. Significantly, she’s slaughtered not by the film’s killer, but by a distrustful group of local men, all of whom are far too willing to assume the worst of—and to violently lash out at—a mentally-ill, ultimately innocent woman.

The 1975 masterpiece Deep Red closes out the series with a showing on Dec. 20. It’s one of the high-water marks of director Dario Argento’s career, and of the sub-genre in general. Argento’s thriller follows jazz musician-turned-amateur sleuth Marc (David Hemmings), who’s dragged into a vortex of murder after witnessing the gruesome death of a psychic. The movie showcases a welcome rarity in its heroine, Gianna, a reporter charmingly played by Daria Nicolodi (Argento’s partner at the time). She’s as smart, funny, resourceful and tenacious as the film’s ostensible hero.

Argento shoots the film’s many murders with his trademark creativity and stylistic brilliance, but he eschews the sexualization or romanticizing of violence prevalent in the most extreme Gialli. Death is uniformly gruesome and messy in Deep Red, and it claims men and women alike with equal mercilessness.

I’m not letting myself, or the Gialli, off the hook. The untethered creativity on display in genre journeyman Sergio Martino’s 1972 Giallo/occult thriller mix All the Colors of the Dark (playing Dec. 6) dazzles me, but I’m also incredibly conflicted about how the film subjects charismatic leading lady Edwige Fenech to an eroticized sexual assault that no amount of revisionist interpretation can redeem.

Terrore Giallo opens with a screening of one of the earliest Gialli, the 1964 thriller Blood and Black Lace, on Nov. 1. As directed by Mario Bava, Italian genre cinema’s finest visual stylist, the movie chronicles a masked killer’s murder spree at a haute couture fashion house with eye-popping colors and ravishing, immersive fluidity. It represents the sub-genre’s allure in full relief, but it’s also jarringly brutal for its time, often at the expense of the film’s female characters. I’ve been enthralled by the movie’s succulent visual scheme since I first saw it 20 years ago, but the struggle to reconcile my internal conflict between the film’s visual magic and its stylishly rendered but shockingly direct violence against women is likely futile.

Sometimes waking up means looking unflinchingly at what was going on when you were asleep. Seeing how pulp filmmakers nearly five decades ago addressed social problems that persist today only amplifies the relevance of the Giallo—for good and for ill.