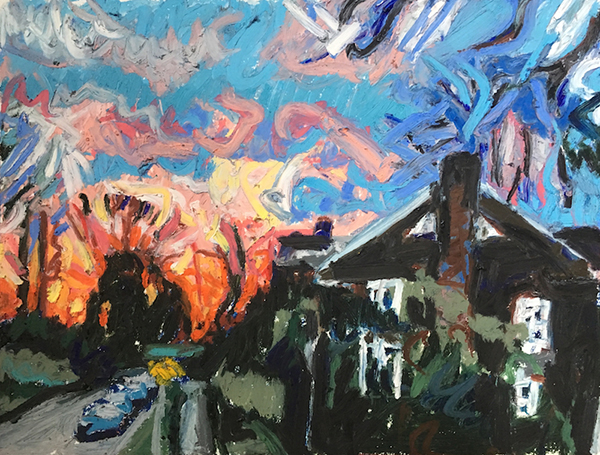 Alejandro Jodorowsky’s latest film is Part Two of an autobiographical trilogy. The first installment, 2014’s The Dance of Reality, proved to be one of Jodorowsky’s finest, and more disarmingly revealing than any of the crackpot maestro’s previous efforts. If this latest is anywhere near as beautiful, you’re in good hands.  —Tony Kay
Grand Illusion Cinema

Anastacia-Renee celebrates the release of Forget It (one of three of her poetry collections published this summer) with a reading in some of the best company this city can offer. —Sarah Galvin
Elliott Bay Book Company

Pleasure to the People: Stories of QTPOC Sex and Love

This night of storytelling by queer and trans people of color offers a feast of verbal sensuality and a light catered meal. It features the always-compelling Storme Webber and hilarious firebrand Chad Goller-Sojourner, among others. Artist Natasha Marin hosts. And get this: The whole thing is free thanks to Gay City, Hugo House and NW Pride of Color. —Brett Hamil
Northwest African American Museum

Laura Hamje has a way of capturing PNW landscapes that causes a lump to form in my throat. Her smeared, windshield wipered scenes are drenched in grey, with views of hulking steel ribs of so many bridges over water. Hamje’s latest offering comprises a suite of intimate oil pastel drawings on paper, titled Mirage, that record the last rays of florid setting sun shed across skies on long walks home. —Amanda Manitach
Bryan Ohno Gallery

Do I really need to write about why you should go to this concert? Easily one of the greatest influences in hip-hop, P-Funk’s one-of-a-kind sound played a key role in the development of albums from Dre, Snoop, Kendrick, Gambino and so many more. They’re truly living legends and this night promises to be a joyous occasion. —Barry Johnson
Neptune Theatre

Back in June, in my Album of the Month review of Vince Mira’s brilliant El Radio, I wrote that “Mira projects himself as a character in his own dusky drama, a bilingual troubadour exploring a haunted fantasy West of his own creation.” Tonight, to celebrate El Radio‘s release, Mira brings that drama to the stage with an all-star backing band. It should be a transportive show. —Jonathan Zwickel
Fred Wildlife Refuge

Bugged: The Insects Who Rule the World and the People Obsessed with Them

Journalist David MacNeal takes us on a globe and human history-spanning exploration of the black market insect trade, human facilitation of tarantula sex, maggotology (yes, that is a thing) the world of pet bugs, professional exterminators and pretty much every categorize-able human/bug interaction. —Sarah Galvin
Elliott Bay Book Company