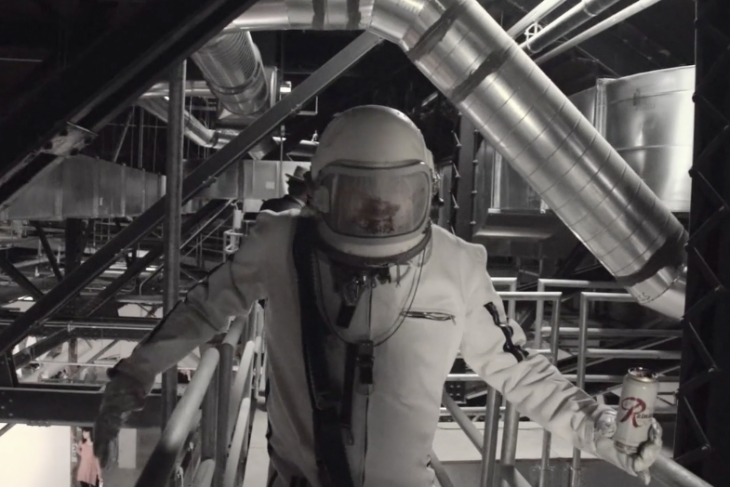 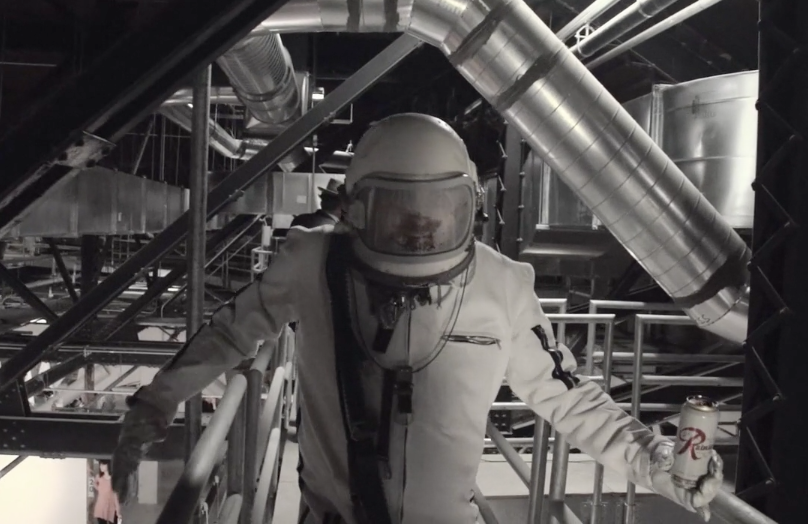 Back in March, when Giant Steps filled the upstairs gallery of King Street Station with a host of mindbending, moon-centric art projects, did you catch the guitarist in a space suit serenading the crowd from the rafters? That was Ben von Wildenhaus, a mercurial guitarist with a long history of six-string deviance around the US. Wildenhaus was one of the founders of alt-rock wrecking crew Federation X, who charged out of Bellingham in the late ’90s and, if memory serves, played an epic daytime set at Neumos during Block Party several years ago. Wildenhaus honed his present style, a mix of Twin Peaks-ish mysticism, surf guitar and Middle Eastern tunings, while living in New York; it’s as much a provocative, performance art thing as a recording project.

Which is why it made sense that Wildenhaus should be ensconced above Giant Steps: His music aims for the moon—or at least a crescent slice of it. We’re thrilled to premiere the video for “Knife Thrower II” from his 2015 album II. The slow-mo tracking shot follows his ascent into King Street’s infrastrcture and ends precisely where we’d like it to begin: as Wildenhaus settles down to play, guitar and Rainier in hand. It’s an all-too-brief sliver of tease of ambiance.

Ben Von Wildenhaus plays a rooftop concert tonight with his Professional Band at Alma Mater in Tacoma and again at the Sunset in Seattle Aug. 11 as part of Northwest Psych Fest.