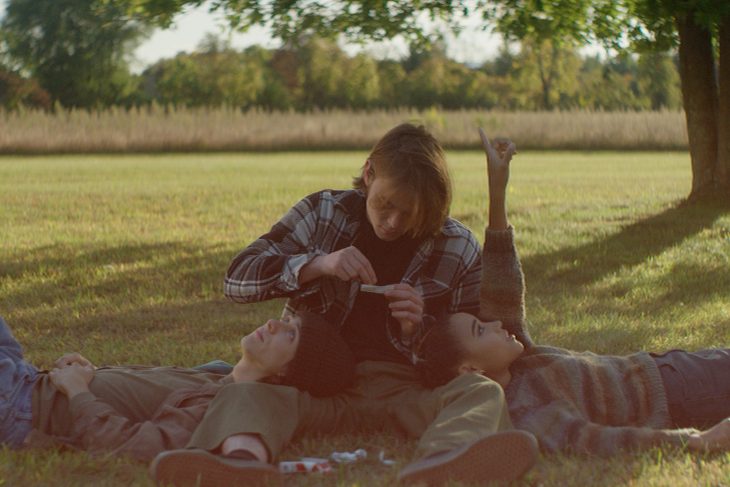 Over the last six years Brent Stiefel has guided the film production arm of Votiv, the Seattle-based media group he founded, through a robust, exceptionally versatile catalog of feature films. The one clear commonality threading through all of Stiefel’s production work is above-average quality on a low budget. Whether it’s the 2014 Jenny Slate left-of-center dramedy Obvious Child, 2012’s everyman indie comedy Grassroots, the twisty 2015 sci-fi parable Circle or even the same year’s action-horror flick Hunting Grounds (AKA Valley of the Sasquatch), Votiv is all about quality over superficial flash.

I’d also peg all of Votiv’s output as quintessentially Northwest. Well above and beyond the deep local connections of some of the filmmakers and subjects involved (Grassroots is the fact-based story of Grant Cogswell’s run for Seattle City Council and Hunting Grounds’ technical and creative crew is nearly all Northwestern), Votiv’s work is characterized by a sharp Northwest intelligence and a knowing recognition of the literal and metaphoric cloud cover that shares space with the joy of existence.

As You Are, Votiv’s most recent production, is neither shot nor set in the Northwest, but it feels spiritually akin to this region. It’s an oft-quiet drama about Jack (Owen Campbell), an awkward slacker kid kicking around aimlessly in the early ‘90s in an anonymous small town. He finds a kindred spirit in Mark (Charlie Heaton, who drew attention as a regular on Stranger Things), a charismatic, rebellious kid who bonds with Jack over loud music and weed. They also share the distinctive sense of ennui generated by being a directionless teenager in Nowheresville, USA.

Jack’s mom Karen (Mary Stuart Masterson) and Mark’s father Tom (Scott Cohen) begin dating, and soon both boys are proverbial brothers living under the same roof. Sarah (Amandla Stenberg), a fellow student from the same high school, drifts into the lives of the boys, and a triumvirate/love triangle gradually develops.

Don’t let the pat summary above lull you into thinking this is a typical indie paean to adolescent angst. As You Are is way more mesmerizing than that. Director Miles Joris-Peyrafitte strings numerous freeform moments over the skeleton of a Rashomon-style riff on the subjectivity of individual perception. An actor who’s not far over legal drinking age himself, Joris-Peyrafitte coaxes out unaffected and powerful work from the entire ensemble, and their work helps liberate As You Are from teen-angst clichés.

The less said about the film’s twists, the better, but they likewise contribute to As You Are’s uniqueness. A sense of foreboding hangs over the movie from the get-go, but Joris-Peyrafitte wisely—and brilliantly—employs a deceptively easygoing touch, moving towards the harrowing developments at a languid pace that reflects the meandering rhythms of the two boys at the film’s center. Beauty and knowing humor pepper the journey, and it mines genuine surprise amidst the turns without feeling gimmicky. It’s all shot by DP Caleb Haymann with a woozy loveliness that nails the universally idyllic surface—and the equally universal undercurrent of unease—coursing through adolescence. Metaphoric evergreen lushness meets proverbial gray skies hanging overhead in As You Are, and that’s about as Northwest as it gets.

As You Are screens at the SIFF Film Center April 7–9. Tickets are available at http://www.siff.net/cinema/as-you-are.