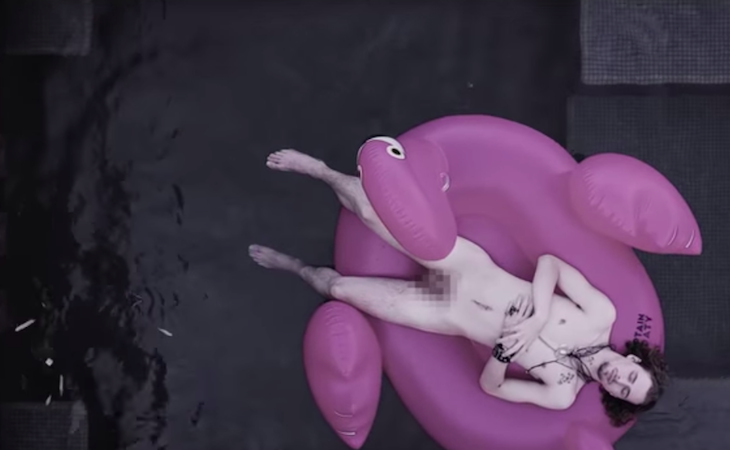 Shout out to the beautiful headcases—especially the ones who make beautiful music. You’re a car accident, a supernova, a rabid animal, awful and alluring at the same time.

I speak specifically of the man known as Vernox, the peripatetic, singer-songwriter-guitarist-producer born in Seattle as Fredrake B. Vernoy. From the jump of his yet-to-be-released LP Mr. Zero, Vernoy establishes himself as a fucked-up anti-hero, drug-damaged and emotionally delicate, prone to narcissistic bouts of self-loathing and earnest pangs of unrequited love. As an artistic statement, Mr. Zero is a magnetic, magnanimous album, deeply revealing and a little repulsive, a sliver of quivering shame and angsty bluster wrapped in grungy electro-rock riffs, gentle acoustic guitar, sinister lo-fi trap beats and Vernoy’s half-rapped, half-sung, half-Autotuned confessions. He’s like a flannelized version of King Krule, a sonic shapeshifter mumbling opioided poetry over a minimalist, modernist backdrop. Along with Vernoy’s own vision, credit New York-based producer Bobby Wooten, who’s worked with both Mac Miller and David Byrne, with embedding horns and strings and keys and helping shape the album’s grimy, glammy sound.

Amid the sleaze and shadow of Mr. Zero, the song “FLESHYFORMS” stands out as something brighter. As the album’s first single, it rightfully smacks of abnegation and anxiety but also a kind of material transcendence. It plays like a strange, of-the-moment twist of 1960s sunshine soul and 1990s pop punk, and is unavoidably catchy. The video, which we’re premiering here today, is a Southern California nightmare hallucination that takes place under a freeway overpass and backyard swimming pool, Vernoy’s nude Chris Cornell-ish figure haunted by death itself, or something very much like it. Vernoy says it’s about “how to be comfortable in your own body—but more specifically not being limited by it.”

Check it out below and stay tuned for Vernox’s Mr. Zero coming March 2019.