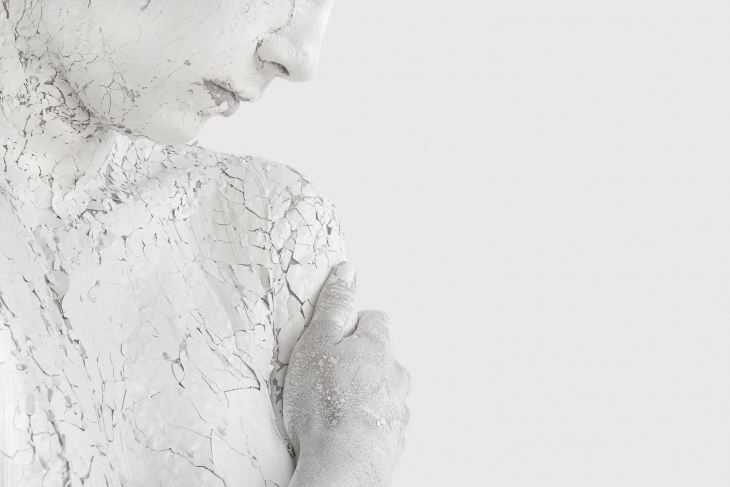 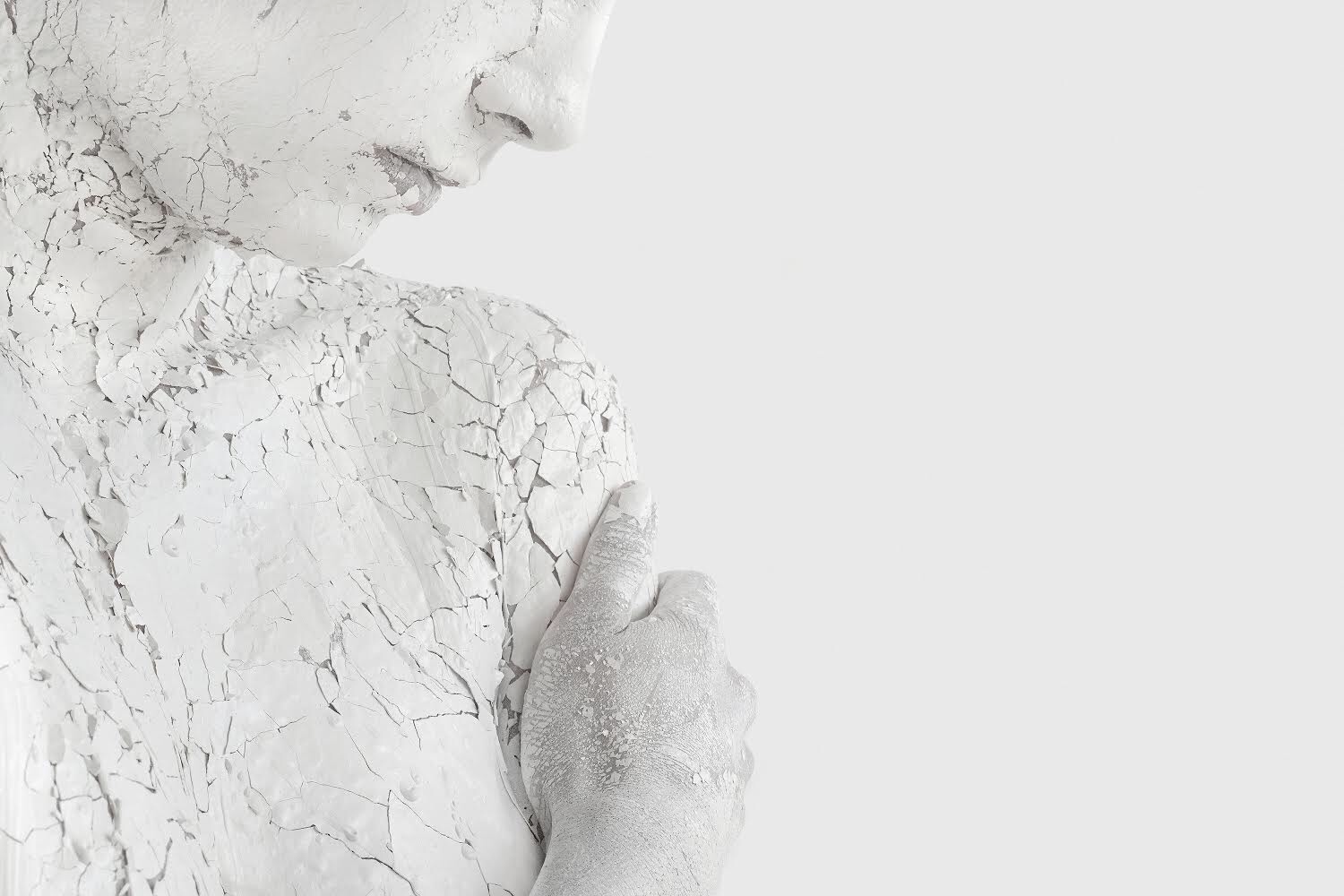 Three weeks, three new dances, three choreographers, all of whom have all been making work in Seattle for three years or less. A little gimmicky, perhaps, but Velocity Dance Center’s Bridge Project is an enduring institution in Seattle’s dance-scape, connecting audiences to emerging choreographers and choreographers to the constant deluge of fresh-out-of-school dancers hoping to make it in Seattle. This summer edition of Bridge Project, which ran Aug. 25 – 27, is no different than the annual January version, showcasing new faces, fresh talent, and the trial and error that’s to be expected for ambitious three-week projects.

Cameo Lethem’s Effecting Galatea opens the show with a sculpture of four bodies intertwined, all painted white head to toe. With the uniform color, it’s easy to imagine the arms, legs and backs belong to one being. As angelic choral music swells, the dancers hold their form, tension in pause. The long stillness recalibrates my attention to the tiny details and holds it transfixed as the first movement arrives—fingertips reaching away ever so slowly. An elbow floats, a foot arches, and the mass slowly unfolds itself before reforming, wave-like, into new configurations. Small, shifting jolts and subtle skeletal collapses keep the rhythm unpredictable, a delicate balance of meditative and captivating. It’s evocative of an ancient statue coming to life, which fits the titular reference to Galatea, the name of Pygmalion’s sculpture-turned-bride in Greek mythology. The multiple bodies, engaged in patient, nuanced shifts suggests that perhaps there is more to Galatea than the idealized wife on a pedestal.

Ethan Rome’s Axiom Luminous is more difficult to parse. Eight dancers take turns doing the same phrase of athletic dance moves pulled from recognizable contemporary vocabulary: jumps in arabesque, cartwheels to the floor, and emphatic reaches. The material is rhythmically engaging enough, the dancers are fine, but I can’t help feeling like it’s a dance piece I’ve seen 100 times before. The issue with relying on common dance vocabulary is that all creativity must come through composition and performance, and in this case neither quite sells it. A few contrived themes emerge—one-against-the-group, dancers physically manipulating one another, angsty, jerky melting—but no cohesive narrative forms. Atmospheric, minimalist pop music lays tension on top, but the dancing itself seems to have nothing at stake. I keep asking myself: why? Who are these people and why are they doing these dance moves?

I never feel the need to ask these questions in Anna Krupp’s Twenty-Two Tries. Even though it’s equally abstract, the dancers embody the movement so effortlessly it’s like they are speaking in some physical language they’ve spoken their whole lives. The four brown-and-peach-clad dancers look out to the audience and gesticulate in a kind of complex semaphore, arms waving and stopping in precise shapes. A chin swivels owl-like in a circle, a ripple through the spine finishes with an arm placed elegantly to the side, fingers gently curled. The sound of indecipherable whispering accompanies dancers who seem motivated by some internal list of tasks, but always underlined by an easy delicacy—articulate and intentional with every movement.

Krupp’s artistry shows in moments of surprise: one dancer wraps her arms around another as if to pick her up, but instead she drops to the floor. An arm swings wide, just catching another dancer’s cheek, mid-movement, in an unexpected moment of tender connection. A pleasant orchestral waltz begins, creating an interesting counterpoint in mood and perhaps a hint at meaning. Is this a meditation on high society? Keeping up appearances? If so, the dancers are some kind of covert agents, as they begin peeling up the vinyl dance floor and pulling back the curtains. But then they go right on dancing. The whispering soundtrack begins again and I find myself wishing for a shift. How can we go back to the beginning after the space has been so altered? Aren’t things fundamentally different now? I want to see the consequences of that intriguing decision.

While fully produced, Bridge Project is really for showcasing works in progress, a pressure-cooker to jumpstart newer artists and hopefully lead to expanded projects down the road. Effecting Galatea would make a beautiful beginning to something larger, and Twenty-Two Tries’ well-crafted world only needs an equally compelling conclusion. Even if these projects never again see the light of day, the connections made and the lessons learned are an invaluable resource to these emerging artists.