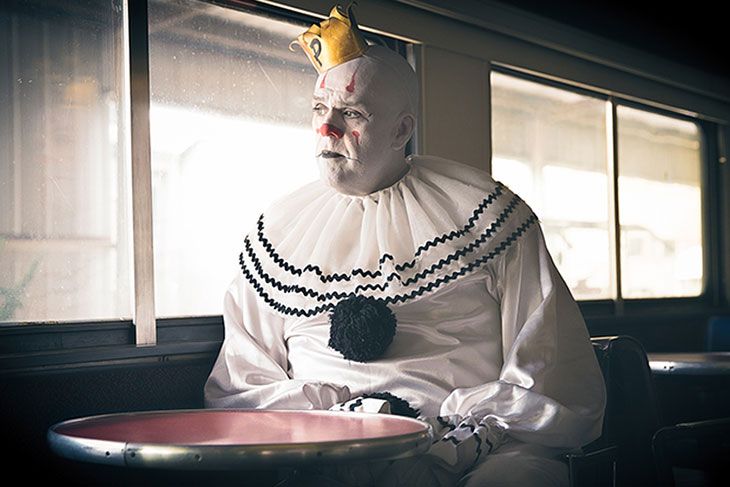 For his “Ridiculously Self-Indulgent, Ill-Advised Vanity Tour,” Weird Al brings a stripped-down show to smaller venues to perform his original, non-parody songs for diehard fans. No outrageous costumes, video projections or over-the-top choreography—just a man, a band, and his deepest cuts, “the ones you barely remember.” As a massive bonus, he’s bringing veteran comedian Emo Philips as his opener. —Brett Hamil
Moore Theatre

Local legend Rob Morgan (the Pudz, the Squirrels) is celebrating 60 years of existence with an all-star cavalcade of dusty old rockers getting weird with each other at Shoreline’s best kept secret, Darrell’s Tavern. Expect a musical chairs of players banging through his bands’ back catalogs, random covers and other assorted surprises. —Dan Paulus
Darrell’s Tavern

Indie rock’s best jam band? Or the jam world’s most undercover indie band? Either way, There’s a Riot Going On, album number 15 from Yo La Tengo, contains some of their most understated songs in recent memory, though better believe when they get onstage they’ll unspool this elegant material and take it to wild, entirely unpredictable reaches. —Jonathan Zwickel
Neptune Theatre

This sad clown can sing. He can also put on a show that’s full of gentle weirdness, a tiny taste of which you can get from his very popular appearances on America’s Got Talent. Prepare to be mesmerized, puzzled, and also feel some feels as this golden voice washes over you. —Gemma Wilson
The Showbox

Liz Tran makes work that’s abstract, splattered, spattered, messy and smile-inducing. Her installations invite you to fall headlong into her particular, lovely tangle of color, and this latest installation, comprised of myriad globes, spheres, gossamer paper planets, has transformed an architect firm into a celestial delight. It’s the first of a series of installations in a new venue in the ID, so don’t miss! —Amanda Manitach
JW Architects

I have two motivations for wanting to check out this staged reading of Miss Julie. First is the new translation of August Strindberg’s 1888 naturalistic drama of class and gender warfare by Rob Melrose, artistic director of event co-producer, San Francisco’s Cutting Ball Theater. Second is the venue, as I have yet to visit the new Nordic Museum, about which I’ve heard gorgeous things. —Gemma Wilson
Nordic Museum

You’ll never see all 200-plus artists playing 15 stages around Pioneer Square this weekend, and that’s the beauty of the thing: Like life itself, it’s simply too massive to comprehend, so enjoy whatever sliver you can bite off. I can tell you that the City Arts Stage in the lounge below 13 Coins is the place to be on Saturday evening, showcasing a head-spinning mix of electro-cumbia, minimal techno and neo-soul. —Jonathan Zwickel
Various venues

Ken Kelly has been making paintings in Seattle for decades. His handling of color, paint and material is the stuff of classic abstraction, and he’s unapologetic about simply making paintings for your eyeballs only. It’s lush and dense and makes you want to look, not overthink. —Amanda Manitach
studio e