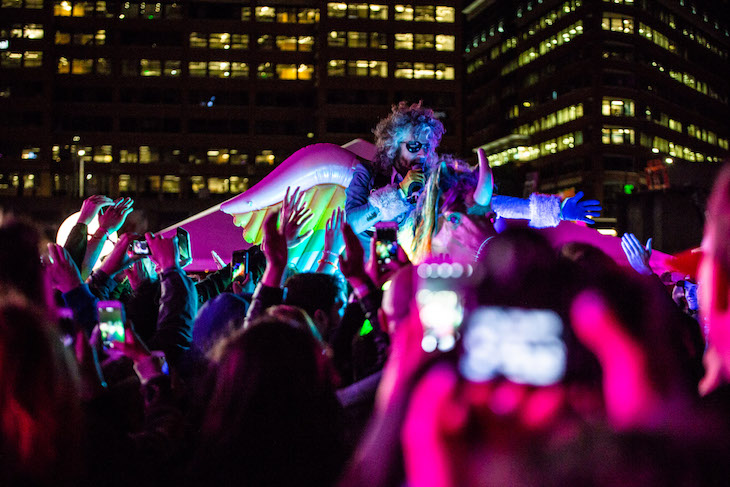 Navigating the second-year Upstream Music Fest felt like an IRL Choose Your Own Adventure story full of killer music big and small. I spent my Friday night experiencing a sequence of cutting-edge music from around the world: Little Dragon from Sweden, whose mainstage performance of psycho-sexual ritual jams was simultaneously weird, entrancing and dance-mad; Mehdi Nassouli from Morocco, who was paired with a banjo/fiddle player from West Virginia, a French horn player from New York and a rhythm section from Seattle in a kind of Middle Eastern-Appalachian dance party; Equiknoxx from Kingston, Jamaica, whose EDM-fusion dub was radically innovative yet easy to dance to; and Seiho from Japan, who played a kind of maximal house and techno at Stage, a dance club that secretly has one of the best sound systems in Seattle. Pezzner, the Flaming Lips, Strawberry Mountain were strange and surprising and familiar all at the same time. (Disclosure: City Arts hosted a showcase at the festival on Saturday.)

Photographer Jake Hanson was also all over the festival grounds last weekend, taking the photos below. —Jonathan Zwickel