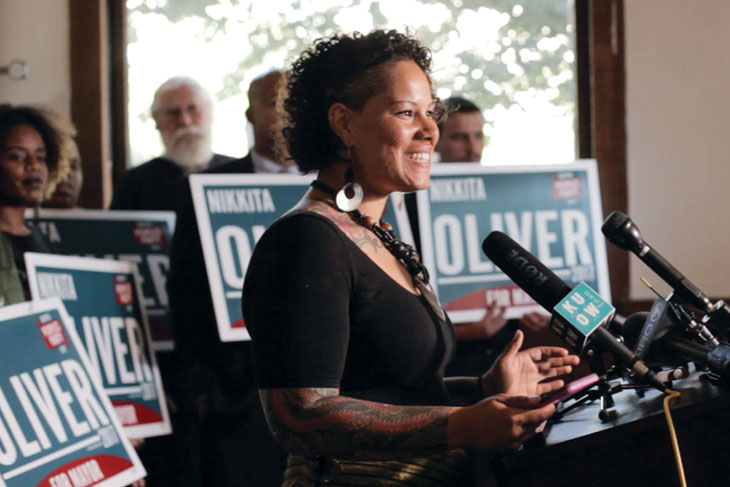 If you haven’t watched the short film series UNCODE, go check them out on YouTube. We’ll wait. Myisa Plancq-Graham and Ali Graham founded Uncoded Media to highlight stories from across the African diaspora, and those first films, vivid and dynamic, feature talents like muralist Aramis Hammer and Afro-vegan Oakland chef Bryant Terry.

But Uncoded is always thinking bigger. Later this month, the company premieres its first feature-length film, This Is How You Start a Party. Plancq-Graham, who made her directorial debut at SIFF 2018 with her short film, Impekable, directed the documentary, which follows The Seattle Peoples Party during the city’s 2017 mayoral primaries.

“While the story centers mostly around Nikkita Oliver and her run during the 2018 mayoral campaign, our offering is also intended to be used as a tool for communities to learn how to get involved in local politics,” Graham says.

This Is How You Start a Party premieres the weekend of Oct. 27 at Langston Hughes Performing Arts Institute.