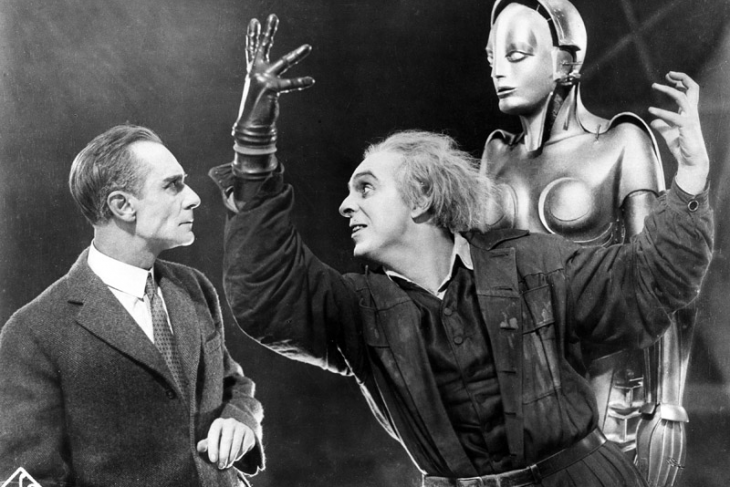 Barring an act of God—last year’s show got snowed out—Udo Dirkschneider will finally grace Seattle with his tour, closing the door on his time as frontman for criminally underappreciated ’80s German power-metal act Accept. Squeeze into your old camo pants, cut off the fingers from whatever gloves are lying around and fire up your Metal Heart. —Dan Paulus
El Corazon

The singular shadow of Fritz Lang’s still-magnificent 1927 masterwork looms large over every dystopian sci-fi film you’ve ever seen. If you consider yourself any kind of fan of the genre and miss seeing the restored version on the Ark Lodge’s big screen, there’s no damn hope for you. —Tony Kay
Ark Lodge Cinemas

The Hugo House and Hedgebrook present poet and memoirist Honor Moore, who will read from and discuss her most recent book The Bishop’s Daughter, named Editor’s Choice by the New York Times. —Sarah Galvin
Hotel Sorrento

Vancouver B.C. ensemble Actors sound like that great lost British post-punk band that narrowly missed inclusion on the soundtrack of The Hunger (that’s a compliment). And with the atmosphere-laden goth-pop of Golden Gardens preceding, there’s no reason not to throw on the black eyeliner and dance ’til the bats fly home. —Tony Kay
Crocodile Cafe

Shane Mauss has nurtured his long-standing fascination with psychedelics into a one-man show, A Good Trip, about the history, phenomenology and mythos of mind-expanding substances. It’s equal parts TED Talk, autobiographical monologue and neurochemistry lesson—and it’s funny. The last time he brought it to Laughs the show was packed. He’ll perform that show on Thursday then do his regular standup thing Friday and Saturday. —Brett Hamil
Laughs

The lineup at this festival focused on equity, inclusion and representation looks like a goldmine for discovering new and under-sung talent. It’s billed as a comedy festival, but that umbrella includes improv, sketch, stand-up, burlesque, drag, storytelling, spoken word, music, theatre and dance. There are way too many great participants to list here, so get thee to West Seattle. —Gemma Wilson
Youngstown Cultural Arts Center

Local playwright Sonya Schneider (The Thin Place, Intiman; Royal Blood, West of Lenin) returns with Big Rock, in which an artist flees her latest New York opening for the remote Pacific Northwest island where her famous father lives. Sounds interesting, but to be fair, I’d watch a cast of Todd Jefferson Moore, Meg McLynn and Evan Whitfield in just about anything. —Gemma Wilson
West of Lenin

Tess Gallagher reads from her forthcoming poetry collection Is, Is Not, set primarily in West Ireland, where she’s lived for the past 40 years. Alongside her is poet Lawrence Matsuda, author of A Cold Wind From Idaho and Boogie Woogie CrissCross, developed collaboratively from emails exchanged with Gallagher. —Sarah Galvin
Open Books

By some miracle, Dozer’s Warehouse, the massive repository of next-level graffiti by artists from around the world at the top of Beacon Hill, continues to defy the wrecking ball. In these cool-as-hell confines Culture Fest unites dozens of Seattle artist and activists—Megan Rapinoe, Nikkita Oliver, Jarv Dee, Tarik Abdullah and many more—in a dizzying display of music, fashion, visual art, spoken word and panel discussion. —Jonathan Zwickel
Dozer’s Warehouse