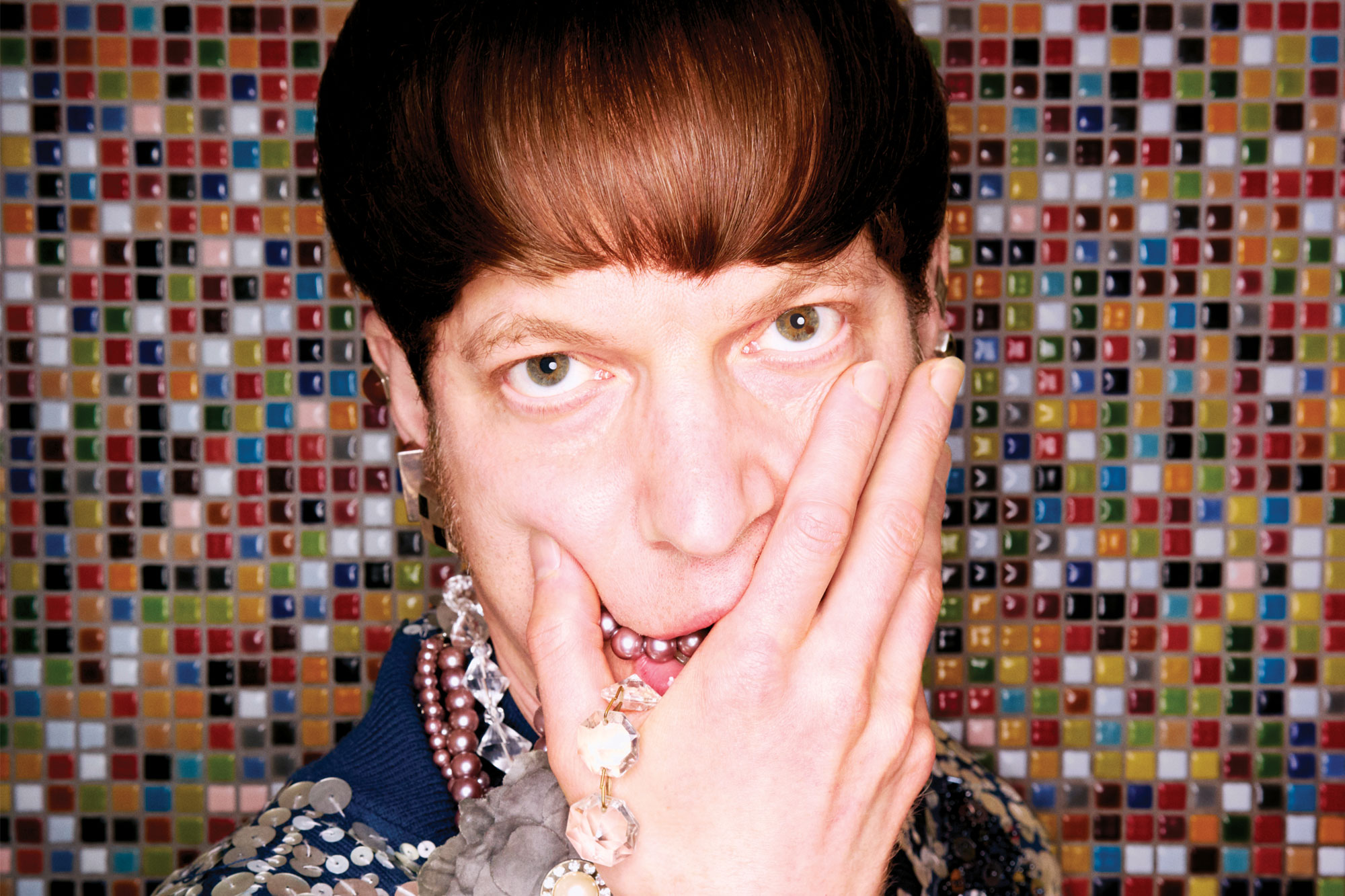 When I first saw Mattilda Bernstein Sycamore at the Hugo House about three years ago, bedazzled as she was with rows of multicolored earrings and clothing in every hue and pattern, her glamor was as startling and delightful as a bird of paradise seated on a fence among squirrels and finches. Her reading that night was no less captivating—conversational yet lyrical. Her writing delivers complex ideas in an emotionally affecting way that’s intellectual without being alienating or dry.

A writer, activist and provocateur, Sycamore is prolific, having written countless reviews and essays for The Baffler, Bomb magazine, San Francisco Chronicle, the San Francisco Bay Guardian and others, dealing primarily with the celebration and critique of queer culture. From 2005 to 2011 she wrote a diary-like column called “Assimilate My Purse” for Maximum Rocknroll, tackling subjects she faced in her own life as a queer sex worker and art scholar. She has authored numerous novels and nonfiction works including Pulling Taffy, So Many Ways to Sleep Badly, Why Are Faggots so Afraid of Faggots, The End of San Francisco (winner of the 2014 Lambda Literary Award) and Nobody Passes. Together with filmmaker and activist Joey Carducci, Sycamore directed the 2010 short film All That Sheltering Emptiness, a meditation on routines in the life of a New York City callboy, that has screened internationally. Here in Seattle, where she’s lived since 2012, she’s hosted the Hugo House reading series Contagious Exchanges: Queer Writers in Conversation since 2016.

This month, Arsenal Pulp Press releases her latest novel, Sketchtasy, a frenetic tale of sex and self-discovery told through the kaleidoscopic, drug-laden lens of Alexa, a young sex worker living in 1990s Boston. Reading it I was initially struck by how entertaining it is, and then by how subtly and digestibly it delivers a powerful message—sort of like how the Ramones make great music seem simple until you try to write a pop song. Because of this rare combination of qualities, this isn’t just a good read, it’s an important book, one that could create positive cultural change.

Though Sycamore’s work could be included in various literary lineages, like those of academic gender theory or the queer beats, such as Valerie Solanas and John Rechy, she doesn’t fit into any scene or existing aesthetic. She seems as likely to create a scholarly article as a Molotov cocktail or chandelier crystal earrings.

Sycamore’s politics and relationship with queerness are as refreshingly radical as her manner of dress. She worked with various activist movements, including ACT UP in the early ’90s, Fed Up Queers in the late ’90s, and Gay Shame, among others. “People need to step back and challenge and dismantle everything that is normal,” she has said. “That’s the gift that queers have. But all that’s being thrown away, discarded, just for a taste of straight privilege.”

“It’s no exaggeration to say that writing keeps me alive,” Sycamore tells me via phone from Baltimore, where she’s been living since May while working on a new book about her relationship with her grandmother, a Baltimore visual artist. “It’s how I process the world and imagine a way out, or a way in—I mean, a way to survive, a way to feel, a way to grieve and a way to dream.”

Sycamore knew by high school that she wanted to be a writer. But growing up in an upper-middle-class East Coast blended Jewish family with a psychiatrist father who valued upward mobility above all else, she was pressured to pursue lucrative jobs and dissuaded from all things creative. Sycamore tried to please her family, enrolling in an Ivy League school. After a year, she says, she realized that if she didn’t get away she’d never pursue her dreams or heal from the oppressive culture and abuse she endured as a child. She escaped to San Francisco in 1992 at age 19.

“That’s where I learned everything that I needed—from outsider queers, sluts and whores and activists, incest survivors and dropouts and vegans and anarchists,” Sycamore recalls. “We were creating our own world, and even when this failed, it was still a failure that was better than the narrow paths we were supposed to move toward.” 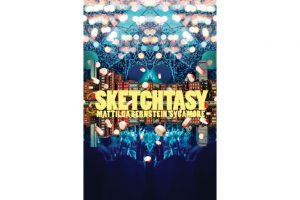 One useful discovery she made in her year at college was language poetry, whose precision and dance with inscrutability (meant to engage the reader in the creation of a text) taught her to edit.

Soon after moving to San Francisco, Sycamore began writing stories about her career as a sex worker. At first, she wondered why her stories were important enough to commit to print, as she knew many sex workers with fantastic stories.

“But then I wrote the stories down and I realized, wait, these are great stories, these are important, this is how to express the worlds around me so that they don’t disappear,” she says. “And that was the other part, that I realized so much of my life had disappeared when I was sexually abused by my father…so I started really wanting to write everything down, so I wouldn’t forget, so I could imagine, so I could make something meaningful. Stories became novels when a friend said, wait, I think these stories are linked. I still want to change language, but in a way toward feeling and not away.”

These themes reappear in Sketchtasy. Protagonist Alexa attends an endless cycle of ecstasy, coke and K-fueled parties, turns tricks and struggles to maintain friendships while working through childhood trauma her family refuses to acknowledge. She continuously grasps for things just out of reach—intimacy, independence, somewhere to belong. Even surrounded by friends living a similar lifestyle and embodying comparable parts of the transfeminine spectrum, she feels alienated.

After the Industrial Revolution, during Baudelaire’s time, a new type of person emerged in European metropolises. In French this person was called a flâneur, which means something like “a guy who strolls.” For various reasons, including the mass production of textiles, it became possible for people not born moneyed or traditionally upper class to present the appearance of being so, in their behavior and manner of dress, which allowed them a unique and unprecedented upward mobility. They dined in corner cafes, attended art events and cabarets—they were essentially the first consumers of pop culture as we now know it. Like today, the appeal of this culture was that it gave the appearance of upending the economic hierarchy that sustained it (overturning it being the true objective); but, of course, were it really to do that, the lifestyle of the flaneur would no longer be possible—something completely new would emerge.

Reading Sketchtasy, I was reminded of that illusory hope, when it was fresh, when I was a teenager. I remembered being at a beautiful squat where an older friend in her late 20s lived, and how she said that the first couple of times you decorate a squat, you get out the ribbons and spray paint and flyers from shows with great excitement. Then, after being forced to move a few times, you begin to feel a certain fatigue. It’s a fatigue I’m familiar with now, the gradual loss of the hope that your life might overturn the economic system oppressing you (though it’s the only source of material sustenance available and you might not even know specifically what that hope is for when you have it). This cycle of hope and fatigue is what Sketchtasy is all about.

The narrative is not ultimately bleak, however. Like the original flaneur, who really did achieve some upward mobility and facilitated the birth of modernism, allowing representation of classes previously invisible in the culture at large, Alexa and her transfeminine friends make themselves visible in a culture where they once were not. The fact that the story takes place during a time when the characters lack even the language to talk about their gender identities shows that because of people like Alexa, who had the courage to go out dancing looking exactly the way they wanted, we have made some progress as a culture. Sycamore calls this type of success “naming and claiming,” and it’s a huge fucking deal, even though it’s likely that what we need is an entirely new culture.

The purpose of mythology is to provide a template for human behavior and to reflect cultural identity. Fables record cultural values and provide moral guidance, as do Disney movies and commercials. This is all mythology. During the time when Sketchtasy takes place, there were hardly any representations of queers in the media, our culture’s mythology, and the only guidance offered by the representations there was condemning, particularly in the shadow of the AIDS crisis. Alexa and her friends surround themselves with the scant relatable mythology they can find—Priscilla, Queen of the Desert, Absolutely Fabulous, the dance music played in queer spaces. Priscilla and AbFab seem to annoy the shit out of Alexa, and the dance music, like the drugs, provides only temporary relief. Alexa’s mind is on ACT UP (an HIV advocacy group); recovering from incest; veganism and racial issues, but no one around her seems to want to address any serious problems, which is understandably maddening to her.

When you start reading Sketchtasy, you don’t know how high the stakes are in this cycle of attempts to escape a hostile culture. It’s not just the fatigue of decorating and departing a series of living spaces as a young queer displaced by gentrification. Alexa’s friends are dying all around her, of addiction and AIDS. Alexa’s efforts to escape an oppressive culture and economic system seem glamorous until you see exactly what she’s up against. The book’s bleak undertones increase throughout the narrative, even when Alexa seems to find a way out.

“Why hasn’t anyone made a house song out of WE DIE, YOU DO NOTHING?” Alexa wonders. “But house music is never about you, is it? It’s always about us. WE DIE, WE DO NOTHING.

Sketchtasy graciously leaves us to consider what we can do.