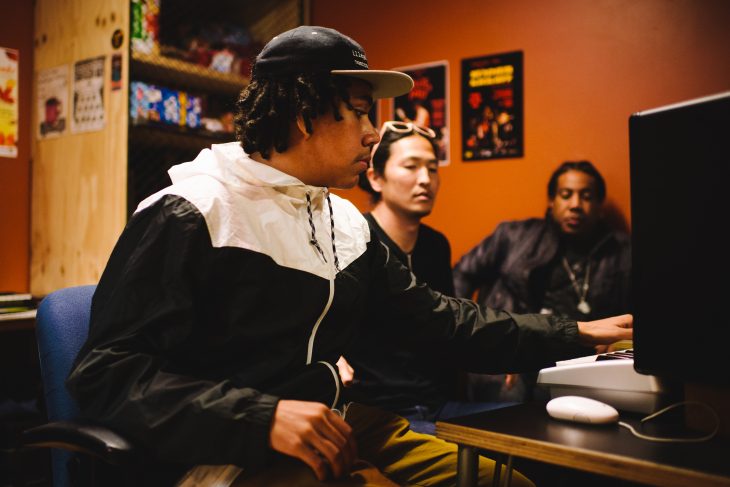 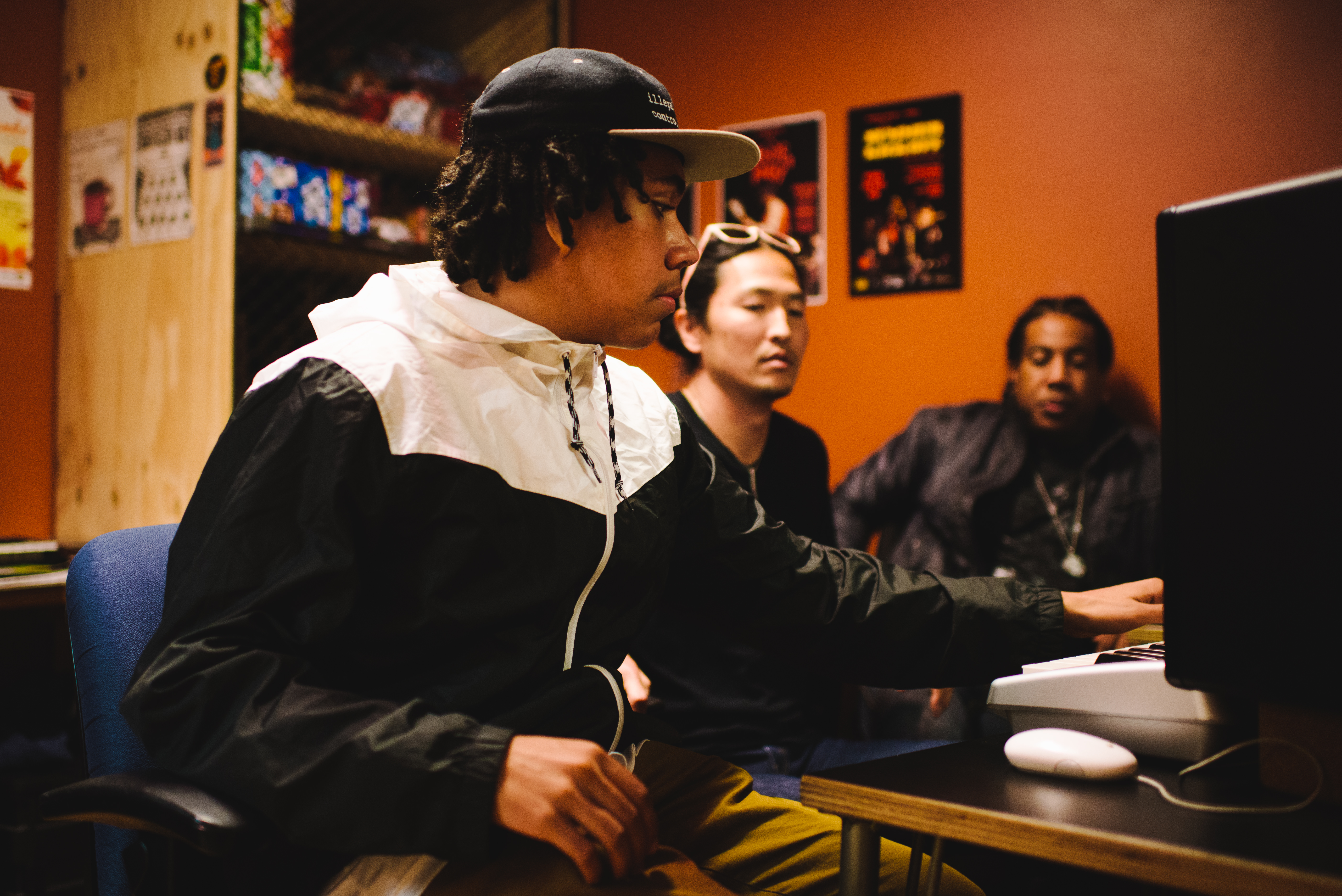 When I look at all the excellent arts programs for youth in Seattle my inner child feels “hella jelly,” as the kids say. There’s the slam poetry collective Youth Speaks, arts-based alternative to incarceration Creative Justice, beloved all-ages music venue Vera Project and the broad portfolio of creative residencies and leadership programs run by Arts Corps to name a notable few. These are non-profit enterprises designed to uplift kids in a city reeling from gentrification, inequity, displacement and all the other pernicious processes of boomtime urban life that hit the most vulnerable the hardest. Seeing adult working artists and their underage charges working together to fight back against these ills gives me hope for the future, a commodity that’s in rare supply these days.

Another such program is Totem Star, a nonprofit record label that provides mentorship, studio time and professional development for fledgling musicians. It consists of three pillars: Studio, which gives young people access to a professional-caliber recording studio and production team at Youngstown Cultural Arts Center in West Seattle; Stage, an ongoing quarterly series of open mics and showcases; and Story, in which working musicians come into the studio to share their experiences and insights in the industry.

Since its 2010 inception, Totem Star has worked with over a thousand young people. This Friday they put on their culminating summer kickoff event and release party for The Resistance Mixtape, a compilation that represents all the work that’s been recorded since they set down roots in the Youngstown studio space in 2013.

I spoke to co-founder and producer Daniel Pak [pictured center above with rapper Jawzilla, left, and co-founder Thaddeus Turner] and Monica Elenes [pictured below], who got involved in the program as a Cleveland High School sophomore and went from pupil to peer leader to mentor. This August she’ll head to Gonzaga University to study political science and law. 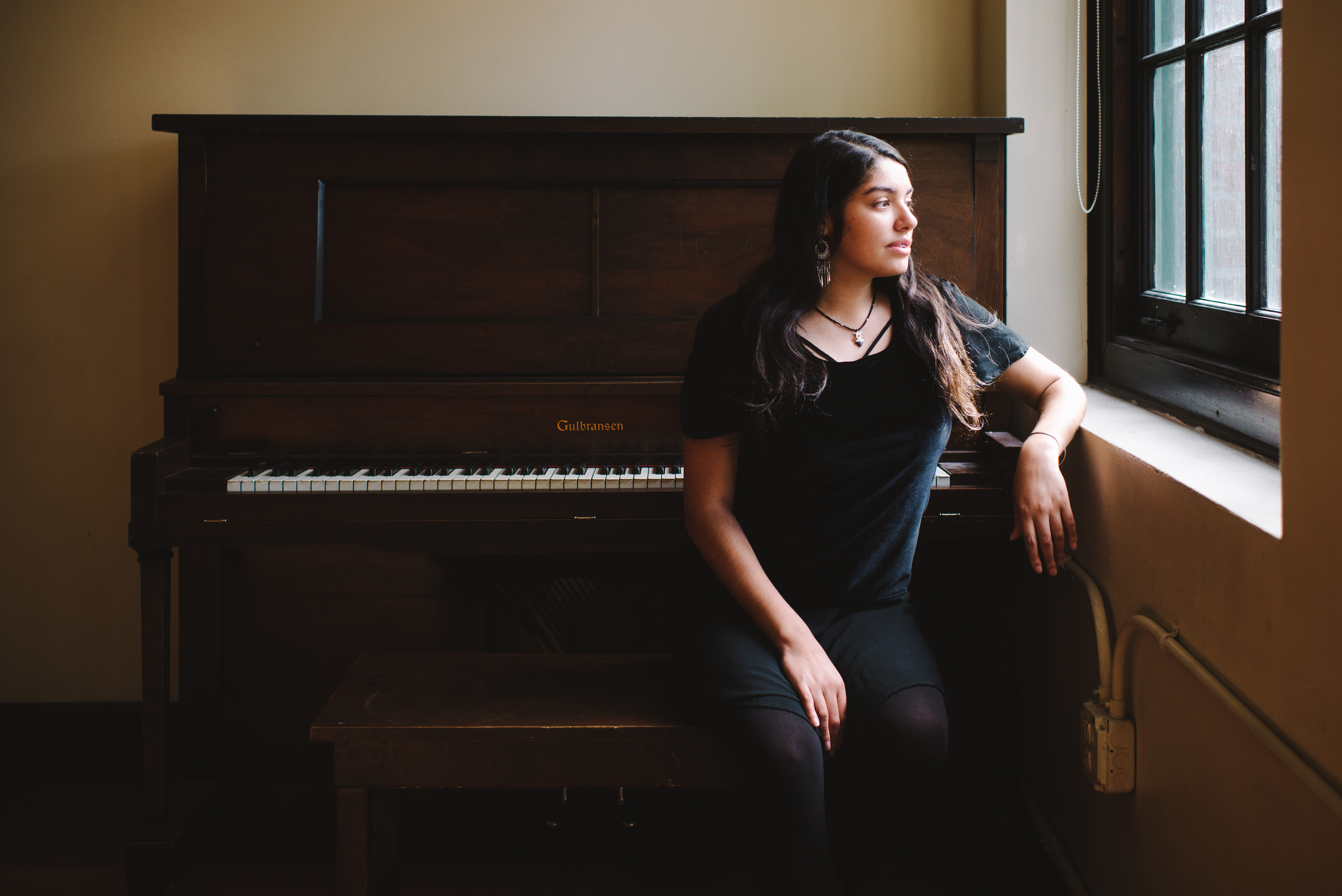 Monica, how did Totem Star alter your path? Now you’re an OG, so you’ve seen other kids going through the same changes as you have.
Monica Elenes: It’s taught me how to be a professional person in life and art, how to stay grounded in your community, how to look for help and know you have support. If I’m ever struggling with something I can call Pak and say, “Yo, I need guidance.” It taught me how to mentor but also how to be mentored in the right way and what that looks and sounds like. I may be an OG [laughs] but I’m still constantly learning and getting so many opportunities from Totem Star.

You’re an artist but you’ve also taken on a role as a facilitator. How do you balance your own personal goals with this communal idea of building up other people?
Monica: The balance does get a little hazy and you can put one over the other at times. But I’m here because I believe in the community of artistry. I’ve come to this understanding that music is communal, so to have that balance you need to understand how to be strong in your own artistry but also how to uplift someone else. If you can’t do both, it gets crazy. That’s where the ego comes in and you have to check yourself.

What does the title The Resistance Mixtape mean to you?
Monica: Pak was asking us what we wanted to name the album and we came up with so many different names. And then Pak said “resistance” and we all meditated on that word. One, because it’s very bold. Two, because it can be uncomfortable. Then we listened to all the tracks and we found the common theme within all the voices was the youth believed in a political, economic and social change, and all the songs happened to speak on that. Everyone came in on their own slots and they didn’t know the name of the album, they were just asked to perform a piece or spit a poem that they felt really strongly about. They all happened to be about resisting in their own personal ways.

Pak, you suggested it—what were you thinking?
Daniel Pak: There are a lot of things in this world that aren’t ideal, to be very diplomatic about it. There’s a lot of injustice. I see a lot of diversity but not a lot of equity. The fact that a lot of artists can’t even pay rent in this city, it’s like, what are we setting everyone up for by telling them, “You should be an artist”?

It’s a general commitment to this way of life. As a community and a collaborative we see all the change that needs to be done and we see all the injustice and inequity and oppression, and a lot of these artists are continuously going through it and have been their whole life. Not everyone is born with the right poker hand. I see these really ignited, charged, resistant young people who are using their voices, their music, their art, as a form of resistance against what they believe is not the way that things should be,

What did you see when Monica first came in? What did you see in her that made you loop her into being a bigger part of this?
Pak: When I hear Monica sing, no matter what she’s singing, I hear the voice of a leader. Monica’s voice on “Stake in the Ground,” she wrote that hook in maybe five minutes. I was playing with some chords and said, “Can you write something?” And she wrote the hook in five minutes.

Whenever she sings I hear her voice cutting through the room and breaking down walls. She has that kind of voice.

When Monica first started coming, I didn’t hear her sing. She’d come to the events, she’d participate, she’d talk to the young people, she’d take pages of notes. She literally took six full pages of notes on everything Brian Myers [tour manager of the Blue Scholars] said. I was like “Who is this?”

I asked her, “You sing, right?” She said, “Yeah, I do.” “Well get on that piano and sing me something, please!” And she did and just blew me outta the water! Her voice cut through the mortar that held the cement blocks of the building together! I discovered that Monica is not just an amazing human and community person but she’s an amazing performer. She performed with [my band] Kore Ionz at Upstream and Folklife.

Pak, what do you get from these kids?
Pak: I learn every time I go to the studio. I study the ways that they pursue their artistry, ways that they craft their lyrics, melodies that they’re working on. We all have our inner musical core. I grew up with my dad, who was a bebop keyboard player and he also played slack-key Hawaiian guitar. I also listened to a lot of reggae music because Hawaii has a lot of reggae culture and that’s the backbone of who I am. Carlton Barrett’s one drop [rhythm] is like my heartbeat. So that’s me.

But when I get into that studio with all these amazing young artists, just by them performing, or showing me the hook they’re working on, or reading some lyrics to me, or working on a verse or bridge, it fills my musical library. Because now I’m being influenced by their histories and their stories and what they’ve been through. It just makes me more whole of a human being.

I’m forever grateful for being able to be a part of this. Our job is essentially to help these artists craft their music and broadcast their voice. For them to entrust us with their stories, their most precious moments—it might even be trauma—it’s the most honoring feeling. It’s almost like receiving someone’s soul in your hands and helping to keep that soul alive. It’s such an honor. I have the best job in the world, you know?

Monica, what do people need to know about this program?
Monica: First of all, it’s more than just helping with artistry and teaching professionalism. They’re here for you. A lot of the students who come in do deal with a lot of trauma, things they go through in their everyday lives. Sometimes they just come in to talk, not even to make music. What people need to understand about Totem Star is that, more than a record label, first and foremost we’re a family. Before you’re an artist you’re a human, and Totem Star teaches you how to do that. You can be an artist and not be a role model but Totem Star teaches you to be an artist and a role model.

Why do you think Pak cares?
Monica: I think it’s experience. Pak has lived it and he grew up understanding you can’t do this alone. You need positive people. He cares because he’s been cared for. There’s this cycle: He’s had good mentors and he wants to feed out and be a good mentor. I’ve had good mentors because of him and I’m gonna be a good mentor and follow through and continue to work this circle. I think he cares because he’s been there. He’s had difficult struggles in his life and he had people to go to. Being able to give that back is how he pays his mentor back.

Is that true, Pak?
Pak: You’re gonna make me cry over here, Monica!

The track “Stake in the Ground” is by Jahlil Kirby, Cornelius Cambronero and Monica Elenes.