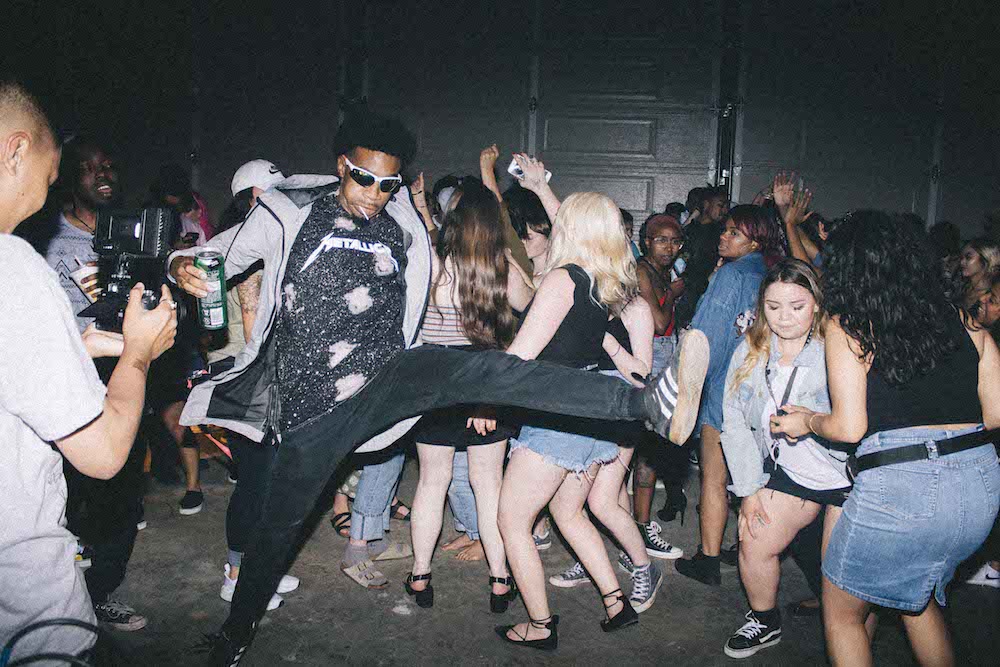 It’s a Friday night in June and a few hundred people are packed into some type of warehouse/barn in some remote area outside Tacoma city limits. The smell of weed smoke, sweat and spilled liquor thickens the air. Playboi Carti’s “Magnolia,” the Atlanta rapper’s blown-out breakout hit of 2017, blasts over the generator-powered PA setup as a bunch of fresh-faced, well-dressed young people dance their asses off.

Girls twerk—real twerking, no Miley Cyrus—while groups of guys pogo into frenzied slam-pits and everyone else hits milly rocks and various gigs they practiced in the mirror earlier. Camera flashes illuminate the room like strobe lights. Surrounding the swelling dancefloor mass, groups of friends gather for Snapchats and Instagram photo ops, flashing as many gold grills as pearly whites. Booths are set up around the perimeter, selling clothes, zines, cassette tapes, and other custom-made items. A group of visual artists is taking turns painting on the body of an old Ford Taurus. 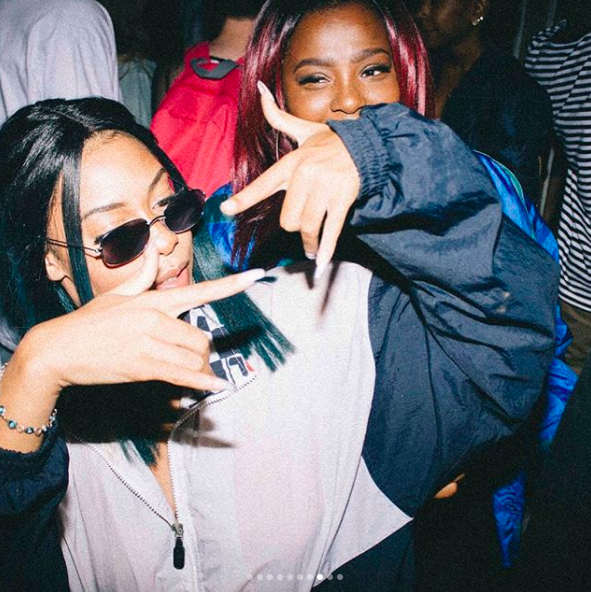 Despite the remote location, people have flocked from Seattle, Tacoma, Federal Way, and every area in between. And as chaotic as it all seems, everyone looks like they’re having a great fucking time.

“Toe Jam is 600 smiling kids in a room dancing to music about drugs, sex and gun violence—concerning and heartwarming at the same damn time,” says Taylor, one of the two founders of the nomadic monthly parties known as Toe Jam, in a recent interview. Now that the whole scene has wound down—possibly forever—he and Aramis, Toe Jam’s other founder, are reflecting on what it all meant.

“It was definitely a quote-unquote rager,” says Aramis. “The energy out here… the 30-minute drive really makes a huge difference.”

Over the last 13 months and 13 events, Toe Jam went from an idea in Aramis’ head to one of the most well-attended rap parties in the greater Puget Sound area, doing something both unprecedented and a long time coming: uniting far-flung cities and suburbs under one roof every month. Due to Toe Jam’s semi-illicit nature, Aramis, 22, from Lakewood, and Taylor,26, from Puyallup, have asked that we withhold their last names.

The duo met in 2015 after DJing multiple shows together at the Vera Project for Tacoma-based artists—Aramis for Ghoulavelii and Bujemane, Taylor for identical-twin duo PeasantBoys.

Aramis says the name came from his friend, the rapper Bujemane. They were brainstorming ideas and describing the type of vibe they wanted for the party. “He threw out the idea for Toe Jam because you’d be going so hard you jammed your toe,” Aramis says. “It sounded cool so we went with it.” 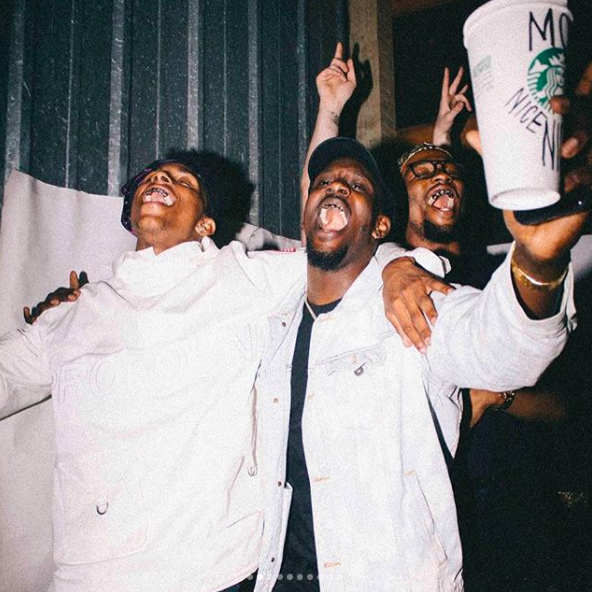 At the time, Taylor was shooting videos and live footage of shows for local artists, so they had the music and promo angles covered. And instead of making Toe Jam about them as individual DJs or some kind of performance crew, they built an anonymous Instagram and Twitter account to post flyers, updates, photos from the talented young photographers in attendance and VHS-style footage (shot by Taylor himself on an old Sony Hi8 camera) that documented the combination punk show/warehouse rave gatherings. Social media helped grow the buzz and attendance organically, but every monthly installment lived up to the online hype.

“Early on, one of my friends from high school wanted to go, but another one of her friends was like ‘I’m not trying to go to nobody from Lakewood’s party,’ Aramis recalls. “That was Toe Jam 1 or 2. By like, Toe Jam 4, the other girl who my friend had been trying to get to go hit her up like ‘Lets go to this party!’”

The first few were thrown at a gallery space near Tacoma’s Hilltop neighborhood, but the party’s contingent multiplied quicker than expected and by the fourth month the owner canceled on them last minute. They managed to find a backup space at another event space a mile away from the original and the party was on. 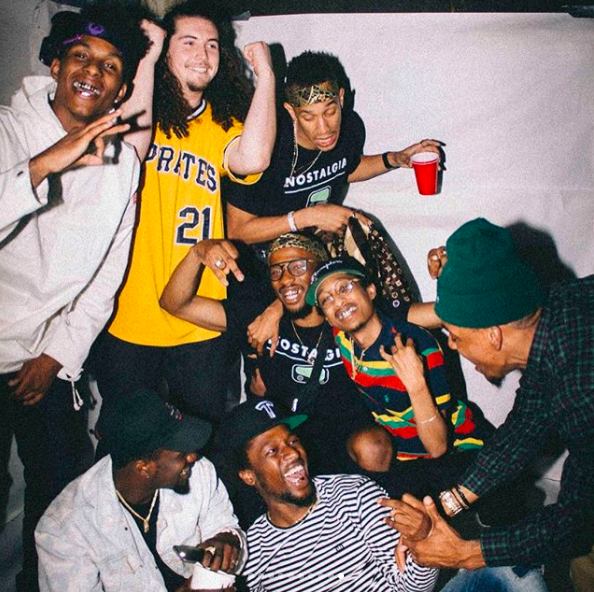 Khris P, producer and rapper in foundational Tacoma group ILLFIGHTYOU, who made City Arts’ Best New Music list in 2014 and was one of the first Tacoma-based outfits to get looks from national media, played his first-ever DJ set at that fourth Toe Jam. For him, that was the party that blew up the whole scene.

“You could see it was really coming together,” Khris says. “Familiar and totally new people, everybody in there smoking, dressed up all cool and shit. They got everybody from I-5 and up together like nobody has before.”

Khris earned huge crowd responses for playing new-underground classics like Two-9’s “Scotty Too Hotty,” Migos’ “Hannah Montana,” Lil Uzi’s “Super Saiyan,” and then an equally hype reaction to Ghoulavelii’s “Stunna” single. Things got so smoky and rowdy that the venue owner tried to cut the set off.

“I just looked at her like, you’re not gonna be able to stop this energy,” he says.

All the energy was too much for their first two venues to handle, forcing Aramis and Taylor to take Toe Jam on the road—think a younger, slightly more guerrilla version of Seattle’s Night Shift parties. Toe Jams went down in basements, abandoned storefronts, barns in Puyallup, warehouses next to used car lots, even at Judkins Park for a 4th of July BBQ edition. DJs included pretty much every Northwest producer and selector currently working: Stas THEE Boss, Khris P, Luna God, Fish Narc, Nick Beeba, and the Women.Weed.WiFi Collective, playing of-the-moment music typically heard in most clubs or venues: underground hitmakers like Lil Uzi Vert, Famous Dex, Lil Pump, Trippie Redd mixed with lesser-known SoundCloud rappers and uptempo bangers from rising area acts like Ghoulavelii, :30, Bujemane and Mo$. Anything to keep the Backwoods fired up, the pocketed Henny bottles pouring, the crowd participation high and the energy through the roof. And though a couple of the venue owners might have some choice words for them, the founders are eternally 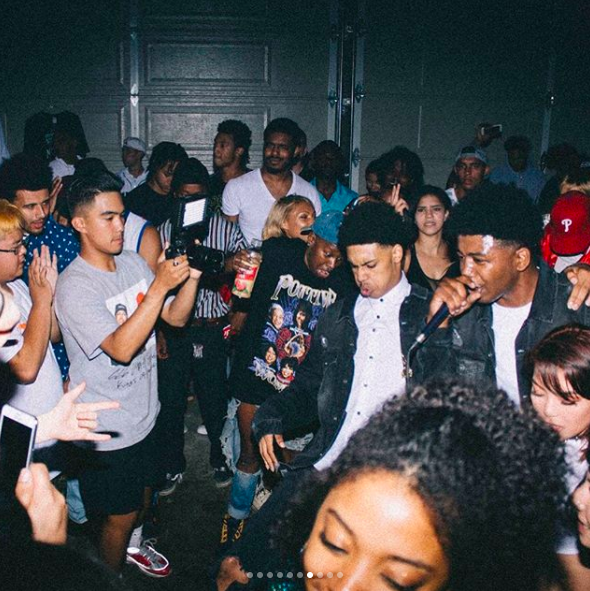 grateful to everyone who helped them along the way.

“Without that old guy who owned that farm, Woodstock would never have existed,” Taylor says.

Toe Jam’s itinerant nature made for some legendary parties, but it was also the reason that the party is probably over. Finding new venues is simply too much work.

“Other monthlies always have a space, they just need to come up with a lineup,” Taylor says. “If that was the case for our stuff then yeah, I would do it forever. But running this shit has been like looking for an apartment every two weeks.”

“We know the impact we made, and for me that’s cool,” Aramis adds. “Hella friendships have started through Toe Jam.”

“Someone got [our logo] tatted on their arm,” Taylor says. “Someone’s grandkid is gonna ask ‘What’s that?’ and they’re gonna tell them Toe Jam stories.”

“I just wanted shit to be in real life,” Aramis says. “You can’t do this on the Internet.”