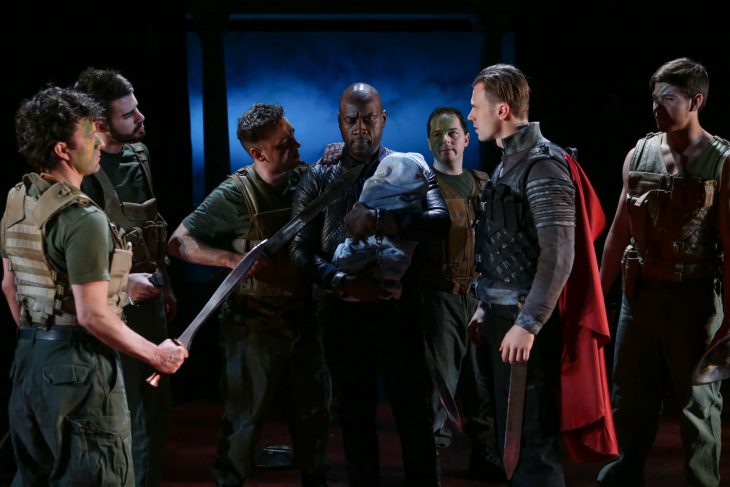 The cast of 'Titus Andronicus.' Photo by John Ulman 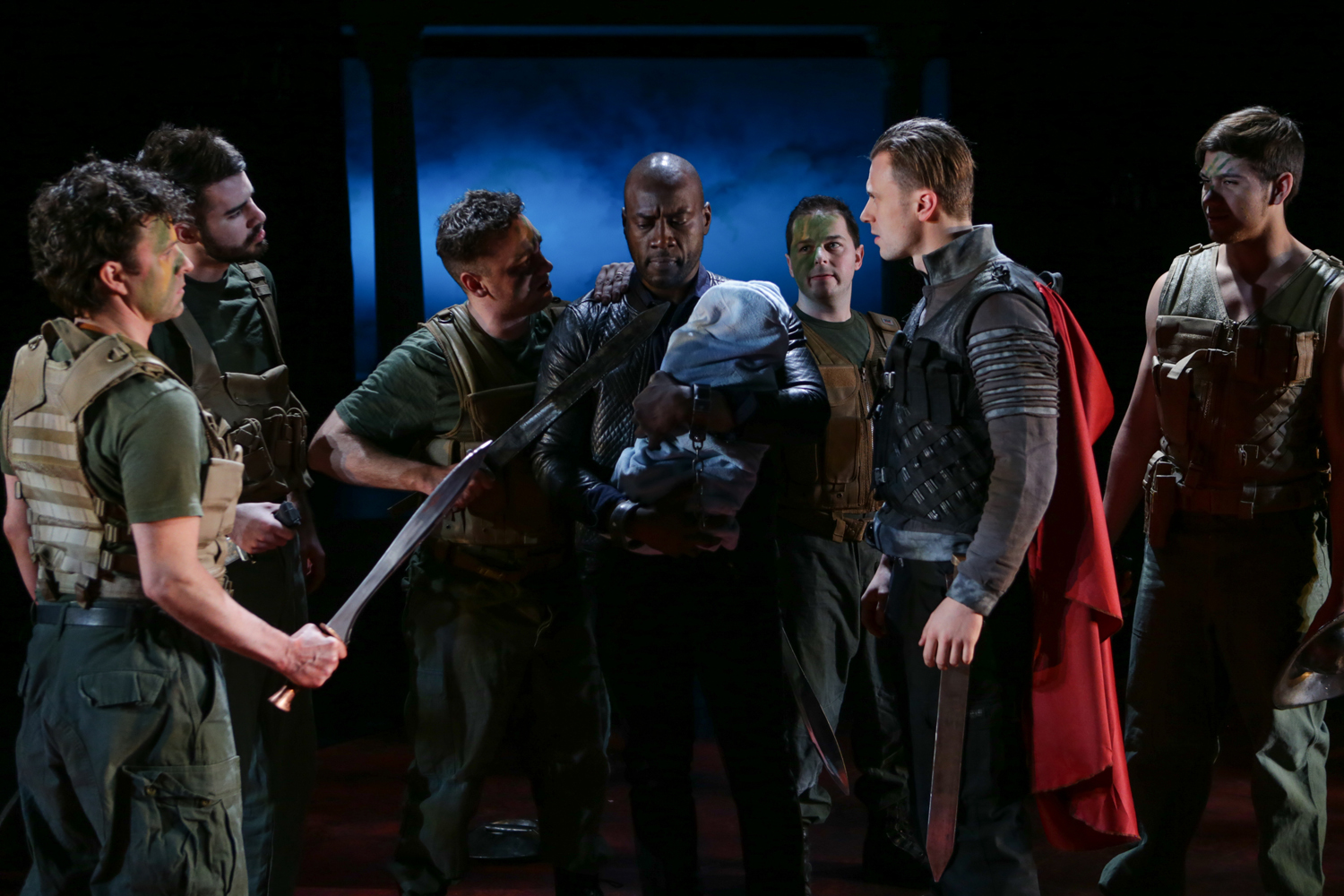 Titus Andronicus is a bloodbath. It is Shakespeare’s goriest play, artfully bringing together the Elizabethan penchant for violence, sex and the grotesque into a two-and-a-half-hour whirlwind of scheming, cheating, lying, adultery and revenge. Seattle Shakespeare Company’s first-ever production of the polarizing play packs in the inevitable carnage, while encapsulating just enough emotional vulnerability and humor to make it, for the most part, bloody enjoyable.

After the emperor of Rome dies, his two sons Saturninus (played by Seattle Shakes’ artistic director George Mount) and Bassianus (Jason Marr) vie for leadership of the kingdom, but it is offered to returning general Titus Andronicus (Andrew McGinn). Andronicus turns down the position, instead appointing Saturninus, who says he will marry the general’s daughter Lavinia (Angelica Duncan). She is love with Bassianus and refuses to marry his brother. This sets off a twisted series of events as revenge is sought, families are torn apart and the innocent Lavinia brutally mutilated.

Directed by the careful hand of David Quicksall the production runs at attention-hooking, breakneck speed from the beginning, and despite the usual long list of characters, numerous plot twists, and Elizabethan English, is surprisingly easy to follow. In a smart directorial move Quicksall’s injections of humor are what saves the play from being gorily overwhelming. From Mount’s brilliant buffoonery as the clueless and power-drunk puppet emperor to a UPS man’s overly cheerful request for someone to sign for the delivery of two severed heads, the moments that make us laugh are a welcome relief to the heavier parts of the play—many of which are emotionally raw and difficult to stomach.

Duncan gives a strongly commendable, albeit chilling performance as Lavinia, who falls victim to Demetrius (Ian Bond) and Chiron (Christopher Morson), two sons of the serpentine Tamora (Rachel Glass), the Queen of the Goths who becomes Saturninus’ bride after Titus Andronicus captures her in war. As Demetrius and Chiron drag Lavinia away, she struggles and fights and begs for her chastity—it’s uncomfortably realistic, and the handless, tongueless condition they leave her in is horrifyingly convincing. It’s a brave part and Duncan never sways.

On the surface the diabolical Aaron (Sylvester Foday Kamara), Tamora’s secret lover, also captured in battle, is Satan incarnate, joyously masterminding practically every evil in the play. He often lurks around the edges of the stage and speaks in an oily, enticing tone—slow, steady, commanding. But when he discovers that Tamora has given birth to his child and ordered its execution, Aaron reveals a deeper layer. Despite his sociopathic tendencies, Aaron feels a paternalistic pull and savagely defends his child from death. There is no sudden softening or large character change, but the human attachment is unexpected. Kamara gives a nuanced performance, a constant flow of ferocity just under the surface.

Set director Carol Wolfe Clay keeps things simple, with sets of stairs leading up to platform on either side (perfect for the brothers’ initial political debate), the Andronicus family tomb at the back, and various columns, curtains and ornate light fixtures to suggest a high-end residence. Costume designer Jocelyne Fowler uses a mix of looks, with the characters’ personalities embodied in their dress. Lavinia is in a pretty, modest long gown, Tamora constantly looks like she’s ready for a dance at the strip club, and her punk teenager sons wear boots, vests, and ripped jeans like the punks they are.

There are no indicators that the production is set in any specific time period, and (although that usually drives me nuts) it really works here. It allows the use of contemporary bits to create the aforementioned humor (the UPS man, a scene with a rousing Nintendo match, a grotesque moment with a Big Gulp Cup) and relieve dramatic tension, rendering the production infinitely more watchable. The body count may be high in the bloody river of this play, but the solid acting and moments of raw humanity keep the show afloat.