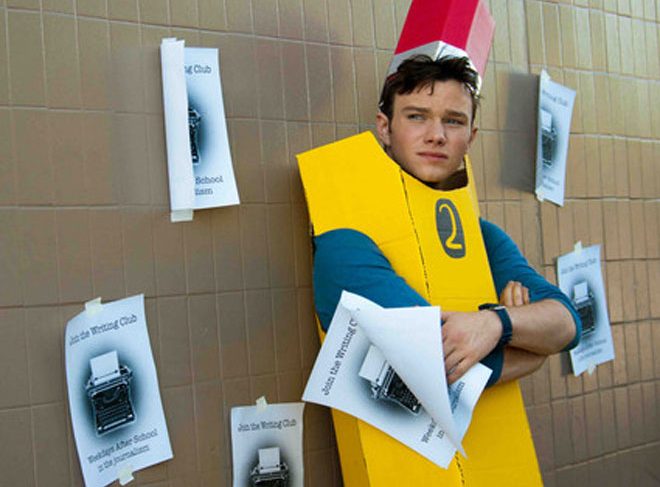 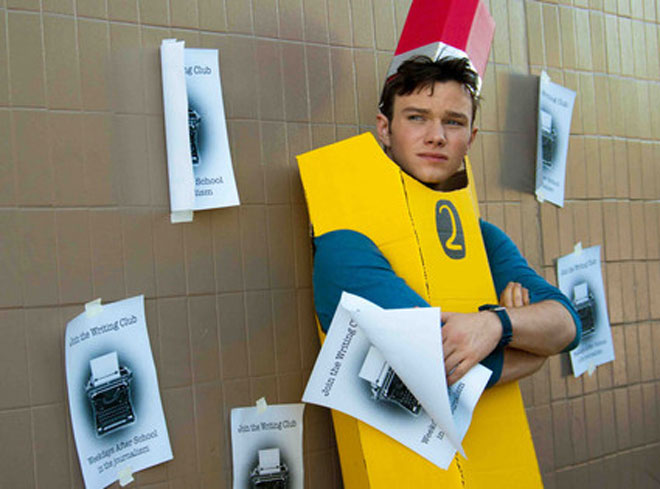 Get ready to get fabulous—the Seattle Lesbian and Gay Film Festival kicks off this Thursday, Oct. 11—National Coming Out Day—and runs through Oct. 21. The opening night film is a Struck By Lightning, a set-in-high-school comedy written by and starring Glee’s Chris Colfer; closing night is Young and Wild, a fast-paced story of a bisexual sex blogger in Chile. In between, features, documentaries and shorts for every taste unfurl at five different venues, addressing such diverse subjects as gay rights in Uganda, marriage equality, growing up gay in Jakarta, clubbing in London, and the story of Jobraith, “the American Bowie,” the first openly gay musician signed to a major label. In between, you can partake of innumerable parties and receptions—so many, there’s even a party pass—participate in a sing-along screening of Chicago, and catch David Schmader’s latest oral dissection of a campy film. City Arts spoke with lead programmer/marketing manager Keith Bacon for more insights on this year’s fest.

It’s the 17th year for the festival. How has it changed over the years?
We’ve certainly gotten bigger: more films, larger venues, a lot more visiting guests. And while we’ve grown, we have earned an international reputation as an innovative and top-notch queer film festival.

Seventeen years ago there weren’t as many gay-themed films out there, and a festival like yours was one of the few places to see them. Now there are many more such films. Bearing that in mind, how do you keep the idea of a gay film festival relevant?
I think the fact that there are more gay-themed films out there today makes our festival more relevant than ever. And we’re still showcasing a lot of work that might not ever get distribution of any kind, short films in particular.

We’re opening on National Coming Out Day this year, and the irony is that we’re actually seeing far fewer of the typical “coming out stories” that LGBT festivals used to be mostly made up of, and many more “post-gay” films where there are queer characters and queer storylines with a focus on other issues. We’re seeing more diversity and a richer, more compelling picture of the LGBTQ experience. And in documentary features, we’re now seeing stories of people triumphing over homophobia and injustice, while also exposing new stories where there is still progress to be made. The films we’re seeing now are very powerful, informative, and inspiring experiences, not just for our audience but also for our allies and families. So I think that LGBT film festivals have really started to evolve and “come out” in a very exciting way.

What’s the process in finding films for the festival?
In total, about 20 people are involved in reviewing and selecting the films for the festival. I personally hit four to six festivals a year looking for films that might be a good fit for the festival; Jason Plourde, our longtime Programming Director, now Executive Director, attends about the same. We also have two screening committees, one for features and one for shorts, that start evaluating films submitted to us as early as April; this year we had about 250 short films submitted and close to 100 feature film entries.

Is it hard to stand out in Seattle, where we have so many film festivals?
It’s certainly not without its challenges! That said, the Seattle Lesbian & Gay Film Festival is special precisely because there are so many film festivals and venues in Seattle. We have to work extra hard to make our festival attractive and unique. And if we do bring back an LGBT film shown in that beloved behemoth SIFF or any of the other festivals we are lucky to have in Seattle, it’s because the film is so good we want to make sure our members and audience get a chance to see it—for the first time, or again!

It seems like there are more parties than ever this year. Are there?
Our festival is very much a fun, social event, and I think that’s part of what keeps people coming back year after year. I consistently hear from visiting filmmakers and actors that the Seattle Lesbian & Gay Film Festival is one of the most fun to attend. We’re lucky to have very generous support from local sponsors to make so many parties & receptions happen, and it really makes a difference to both our audience and the filmmakers to provide opportunities for interaction—often with cocktails!

There are a number of local/NW films in this year’s festival; can you talk about some of them?
Waxie Moon In Fallen Jewel promises to be a wild night at the movies, with a cast of Seattle talent including the luminous Sarah Rudinoff, Marya Sea Kaminski, and of course the incomparable Waxie Moon. We’re collaborating with the City Arts festival’s queer history walking tour (“The Fifth Wall”) that will culminate in a “parade” with Waxie from the downtown Culture Club to the screening!

The Lesbian Code is a fascinating look at queer women in our community, and The Falls about Mormon missionaries falling in love, features a director and cast from Seattle. And there’s a great collection of short films by local talent in the programs Reel Queer Youth Infrared 3, and Close-Ups: Documentary Shorts.

What films are you especially excited about showing?
We’re opening Oct. 11 with Struck By Lightning, and it’s one of those “something for everyone” films that I know people are going to love — comedy with an edge, high school drama revenge fantasy, and a cast packed with favorites from movies and TV including Rebel Wilson (Bridesmaids), Allison Janney, Dermot Mulroney, and the film’s writer-star Chris Colfer from Glee.

I’m curious to see how people will respond to the very explicit I Want Your Love on Oct. 13. We’ve shown X-rated films in the past, but there’s more to this film than just sex, and I’m looking forward to seeing how it connects.

I’m really proud of Boys Shorts and Girls Shorts—but I always am! The short film Tsuyako playing in Girls Shorts is one I’ve worked for years to get shown in Seattle, and I predict it will win huge accolades here the way it has everywhere else. It’s also really exciting that legendary filmmaker Mike Kuchar will be here for Confessions of a Teenage Rumpot, a presentation of his 60s-era experimental works created in New York City with his brother, George.

“Take Action Tuesday” on Oct. 16 is something we’ve never done quite to this extent: taking a whole day of the festival and devoting it to important, eye-opening documentaries. Even more exciting is the level of community involvement we’re hoping to inspire and activate by bringing in representatives of LGBTQ organizations to talk about their work and connect with our audience.

On the fluffier (but fabulous!) front, I find RuPaul’s Drag Race to be one of the most creative and compelling shows on television — it’s like the best of reality competition TV, all liquored up, sassy, and stuffed into a wig. So I’m thrilled that we’re showing a sneak preview of the first episode of RuPaul’s All Stars Drag Race in Gay TV Dinner: Drag Race Unleashed on Saturday, Oct. 20 at Central Cinema, with the lovely and talented Mama Tits hosting and sharing a bunch of other videos celebrating all things Drag Race.

And finally, the Sundance selection My Best Day is one of the funniest films I’ve seen this year, a delightful look at quirky and queer small-town Americana, with a great script and a very talented cast of rising stars.

The Ellen DeGeneres film, Mr. Wrong, is being hosted by David Schmader. Can we expect the kind of shenanigans he brings to screenings of Showgirls?
Yes! David did a similar screening of this film once before, and it was right up there with Showgirls on the laugh-ometer. Dave offered to do it for us this year as a benefit for Washington United for Marriage. He credits his brilliant husband Jake Nelson as having the original idea and contributing some of the best jokes.

This year’s sing-along screening is Chicago. How do you choose the sing-alongs?
We get a lot of audience requests for particular sing-along films, not just around festival planning time but also at our monthly Cineoke event at the Rendezvous. Sometimes it might be a film’s anniversary or have some thematic connection. And sometimes, you just need to see Chicago again on the big screen and sing your big gay heart out.

What are some of your favorite gay-themed films?
I’d probably take a bullet for John Waters for what he gave to the world. Andrew Haigh’s Weekend (now on Blu-ray!) is one of the most incredibly honest and moving films I’ve ever seen, and I cry at the end. Every. Single. Time. I love horror films, and the creepy/cool/queer ’80s vampire flick The Hunger is one that I still watch again and again. A little indie drama called The Way I See Things from first-time director Brian Pera was the first film I ever really championed (as in demanded we show it in the festival) and it remains a favorite. And I’m really into powerful documentaries like We Were Here (SLGFF ’11), which I think are so important to share our wildly diverse community’s collective stories and perspectives.

Any tips for first time fest goers?
I always encourage people to see at least one film that doesn’t “match” their gender or orientation. You don’t have to be a lesbian to laugh yourself silly at Cloudburst, and you don’t need to be transgender to be inspired by the story of jazz bassist Jennifer Leitham in I Stand Corrected. The easiest way to achieve this richer experience is to buy a Full Series Pass or a Party Pass—you’ll get perks like priority seating, save over the regular ticket price, and get in to all the biggest parties of the festival.

Pictured above: Chris Coffer in Struck by Lightning.