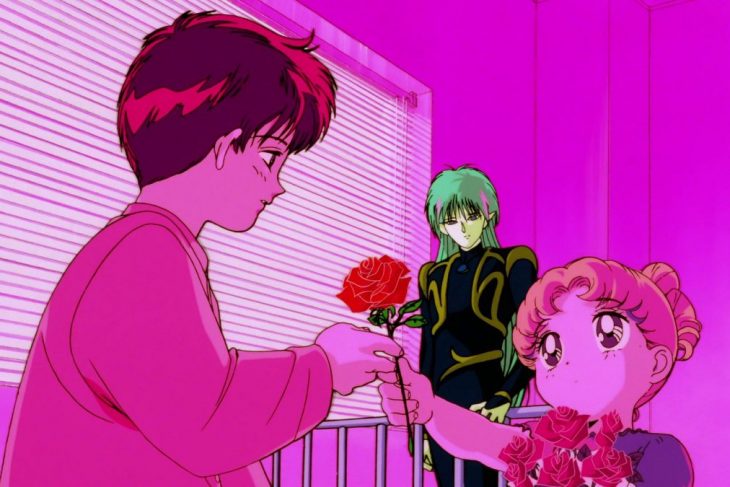 The Price of Everything

Art and commerce have always been uneasy bedfellows, a truism explored with candor and humor in Nathaniel Kahn’s first-rate documentary. Kahn examines the point at which monetization engulfed the art world, tracing it back to collector Robert Scull, who sold 50 of his most prized works in 1973. Prices—and stakes—have been rising exponentially ever since. Most absorbing are Kahn’s interviews with artists, some of whom rail against the rampant capitalism on display and some of whom are savvy (cynical?) enough to reap the benefits.

In case you’re not plugged into Sailor Moon, the anime follows Japanese middle-schooler Usagi, who befriends Luna, a talking cat. Luna gives Usagi a magical amulet that turns Usagi into the super-heroic Sailor Moon. Then Sailor Moon mobilizes a team of female Sailor Soldiers to keep the world safe. Sailor Moon R offers as good an intro as any for the manga-turned-anime, but it’s Seattle band Sundae Crush’s sweet, smart pop touch that’ll make this a night well spent.

You can’t accuse Lindsey Grayzel of sitting on the fence. The documentarian was arrested along with her subject, activist Ken Ward, when Ward served as one of the “valve turners” who shut down the oil sands pipeline emergency valves two years ago. Ward makes an absorbing subject, resolute in his activism and blessed—some might say cursed—with an unfailing moral commitment to the cause. But that commitment comes with a price, and Grayzel doesn’t hold back when examining the effects Ward’s activism has wrought on his family.

Descent into the Maelstrom: The Untold Story of Radio Birdman

Radio Birdman were Australia’s first genuine punk rock band. Founded by Michigan transplant Deniz Tek and singer Rob Younger, their careening, take-no-prisoners rock had its roots in U.S. pre-punk bands like the Stooges and MC5, but Birdman became its own animal, influencing three generations of Australian bands in the process. Director Jonathan Sequeira’s doc traces the band’s 1974 formation, their flirtation with fame, their influence and the volatile chemistry between Tek and Younger. Sequeira will be on hand for a post-screening Q&A.

Kaneto Shindo’s pitch-black 1968 fairy tale follows two women who become avenging ghosts after they’re brutally murdered. They target and murder samurai with throat-tearing savagery, but their trail of vengeance becomes complicated when blood relations and earthly passions enter the picture. Kuroneko represents, in microcosm, the transition between the subtler atmospherics of gothic horror and the more graphic shocks that became the horror genre’s norm: Its black-and-white visual scheme is pure elegance even as it unflinchingly covers themes of sexuality, violence and retribution.