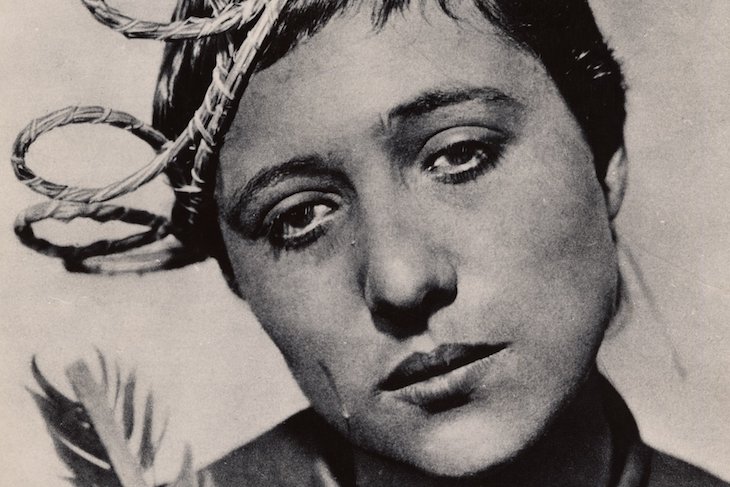 Reneé Jeanne Falconetti in 'The Passion of Joan of Arc'

What an awful year for Carl Dreyer’s classic 1928 silent film The Passion of Joan of Arc to turn 90 years old. Movies from this first phase of American films are often seen through a dingy glass of nostalgia, adding a quaint gaze to distant dramas with inaudible screen actors. But with the terrible spectacle of Brett Kavanaugh’s senatorial confirmation hearings last week, The Passion of Joan of Arc has been given a new lease on life. It’s a film about a martyr of justice condemned to silence by legislative authority, by cultural hierarchy, by technology itself. What can’t be heard in her silent inquisition has been made loud by the subsequent century of rank sexism, and the women who have pushed back against it.

In director Carl Dreyer’s cinematic reconstruction, the chortling male authorities who sentenced Joan of Arc to death in 1431 for religious subversion are seen mostly from below. Gliding dolly shots and claustrophobic close-ups visually reinforce their dominance. Dreyer directed leading actress Reneé Jeanne Falconetti to channel repressed discomfort through her face, forcing her to kneel on stone floors while shooting, denying her meal breaks and rest periods when not. The result of the real-life abuse was a sadomasochistic spectacle of misogyny that has found its historical echo with Dr. Christine Blasey Ford.

Where Kavanaugh’s testimony was A NAKED DISPLAY OF MALE RAGE PERFORMED WITH THE CAPS LOCK KEY PERMANENTLY ON, Ford’s restraint was immaculate as she detailed her 1982 sexual assault at the hands of Kavanaugh. When memory of her testimony is recalled 90 years from now, indelible in our cultural hippocampus will be the minute details (“pinballing off the walls on the way down”; “a second front door”) that establish Ford as a credible witness to her own humiliation, projecting her psyche as the site of an ’80s teen drama turned tragic. Quintessential American horror films feature a gaggle of unsupervised teens who are befallen by an incorrigible outside agitator. Ford’s testimony flipped the script, revealing that the terror was coming from inside the house; from predatory males, from the friends who enable them, from the structures of power that exonerate them.

In a murderous ending made all the more macabre by eager male onlookers who enjoy the sight of a good roast, The Passion of Joan of Arc ends when papal officials burn the titular heroine at the stake following a sham display of justice. Of particular distaste to Joan of Arc’s executors was her habit of wearing men’s clothes, an interesting historical wrinkle that has endeared her to subsequent generations of LGBTQIA activists. Lest anyone limit the cause of her persecution to retrograde religious rule, it bares pointing out that constitutional government—supposedly a safeguard against a brutal state of nature where might makes right and rape is tolerable—was grafted onto these religious roots. Dr. Ford and Brett Kavanaugh both swore to “tell the whole truth, so help me God” as they began their hearings; but somehow, only Kavanaugh was allowed to use his Christian faith as a closing argument to compliment the facticity of his testimony, reifying a foundational link between female martyrdom and male empowerment that sits at the center of Western civilization.

If Dr. Ford’s testimony was a procedural drama with a horrific backstory, Kavanaugh tried depicting his teenage years as a feel-good coming-of-age narrative. Belying his testimony, though, was his claim that the films National Lampoon’s Animal House (1978), Caddyshack (1980) and Fast Times at Ridgemont High (1982) influenced the editors of his high school yearbook. Rather than indemnify Kavanaugh against the accusation of sexual assault, these movies incriminate him doubly.

“Our yearbook was a disaster,” Kavanaugh exclaimed while excusing the lechery of his 1983 yearbook entries. “I think its editors wanted it to be a combination of Animal House, Caddyshack and Fast Times at Ridgemont High, which were all recent movies at that time.” These three films are relentlessly rapey, containing a combined 12 depictions of sexual assault—everything from peeping to indecent exposure, to groping, to forced kissing, to statutory rape. The invocation of Animal House is especially damaging to Kavanaugh’s wholesome façade, as the upshot of the film is that its male characters settle into positions of power after grab-assing their ways through their youths; one becomes a gynecologist, another a U.S. Senator.

It isn’t just freewheeling mischief or scatological humor, as Kavanaugh contends, that drive Animal House; it’s men’s gleeful participation in the culture of sexual assault and alcoholism, like what Ford relayed in her testimony about Kavanaugh’s actions in the summer of 1982. As his fictional fraternity in Animal House faces a university crackdown, a character named Eric Stratton delivers a charismatic monologue about why experiencing any consequences for “taking liberties with our female guests [is] an indictment of our entire American system.” Amazingly, Kavanaugh wants us to believe that this film was popular enough to inform how his classmates preferred to be remembered forever in the historical document of a yearbook, yet somehow not influential enough to inform how they interacted with one another sexually. A genius Pulp Fiction (1994) mashup is getting credit for comedically unraveling the absurdity of Kavanaugh’s testimony; kudos for self-sabotage should also go to Kavanaugh for tying his teenage years to movies defined precisely by the crimes he claims innocence of.

In film lore, The Passion of Joan of Arc is often said to have “invented” the close-up. Prior to its release, the visual vocabulary of most movies was borrowed from the stage, leading to large, tableau-style shots that emphasized big actions and unsubtle emotional expression. Reneé Falconetti’s mastery of facial micro-expressions changed all that. As such, the film is responsible for all of its offspring—good, bad and ugly. If the main innovation of The Passion of Joan of Arc was introducing the up-close fetishization of white femininity, which has been reproduced countless times since, perhaps it bares some responsibility for allowing Dr. Ford to be canonized where Anita Hill was not.

Films do a lot more than reflect our reality; though born in it, they also mold it, projecting our worst tendencies while making silent subtexts speak loud and clear. They betray us because they belong to us.

“Suppose we were to tell you that your visions did not come from God,” one of the inquisitors asks Joan of Arc. “What if they were sent to you by the devil?” Watching womxn and survivors of sexual assault repeatedly sacrificed at the alter of abuse in the 600 years since Joan of Arc’s murder, it’s hard not coming to the conclusion that the devil was dudes all along.