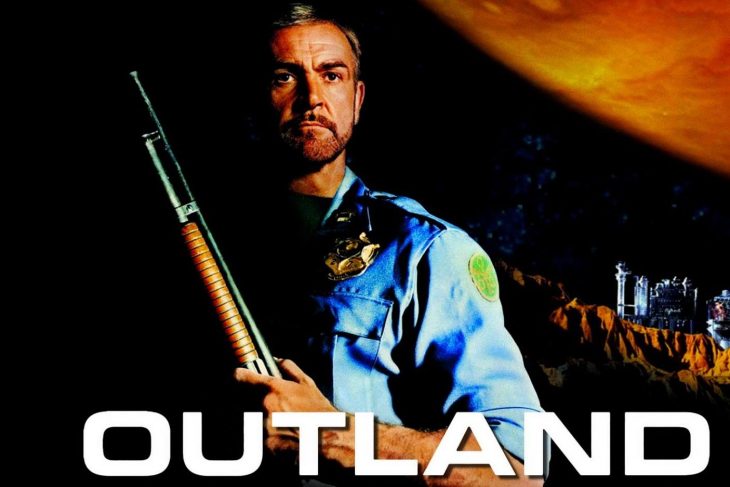 The Other Side of Everything

Serbian documentarian Mila Turajlic made a splash with 2011 her feature debut, Cinema Komunisto, a sprawling historical doc chronicling the former Yugoslavia’s state-funded film industry. Turajlic’s follow-up is alternately more ambitious and more intimate. It focuses on Turajlic’s university professor mom Srbijanka, a former Deputy Education Minister and still a political firebrand at age 72. Srbijanka’s longtime residence, a tastefully appointed apartment, holds many secrets, literally. Half of it’s been sealed for 70 years, and its opening brings with it an uncomfortable rush of memories and history.

British director Peter Hyams could never be accused of making masterpieces. During his peak years in the 1970s and ’80s, he made fun, pulpy entertainment that occasionally stumbled into topicality. True to form, Hyams’ 1981 sci-fi opus Outland doesn’t skimp on the pulp (it’s basically High Noon in outer space, with a paranoid thriller chaser), but it’s solidly crafted, fast-paced entertainment, with imaginative design work that riffs on the original Alien’s blue-collar sensibility and a solid star turn by Sean Connery.

There aren’t a lot of subjects intriguing and multilayered enough to provide sufficient fuel for more than one documentary. But Edith and Edie Beale, the mother-daughter pair made famous by the Maysles Brothers’ 1975 doc Grey Gardens, are two subjects that keep on giving. That Summer effectively serves as a prequel to the film. Director Göran Olsson compiles previously unseen footage shot by artist/photographer Peter Beard, experimental filmmaker Jonas Mekas, Andy Warhol and the Maysles Brothers into another journey through eccentricity, melancholy and memory’s persistence.

When French auteur Agnès Varda made the 1977 film about her country’s struggles with contraception and abortion, she crafted an immensely watchable, artful female buddy picture. It’s the story of two women—one a feminist folk singer, the other an activist on the frontlines of France’s reproductive rights movement—maintaining a friendship through the most intense period of French women’s fight for reproductive freedom (circa 1965–1975). Varda’s celebratory, open-hearted film continues to be relevant in today’s political climate, celebrating female empowerment and community with deft brushstrokes.